The top 5 Drake videos of all time 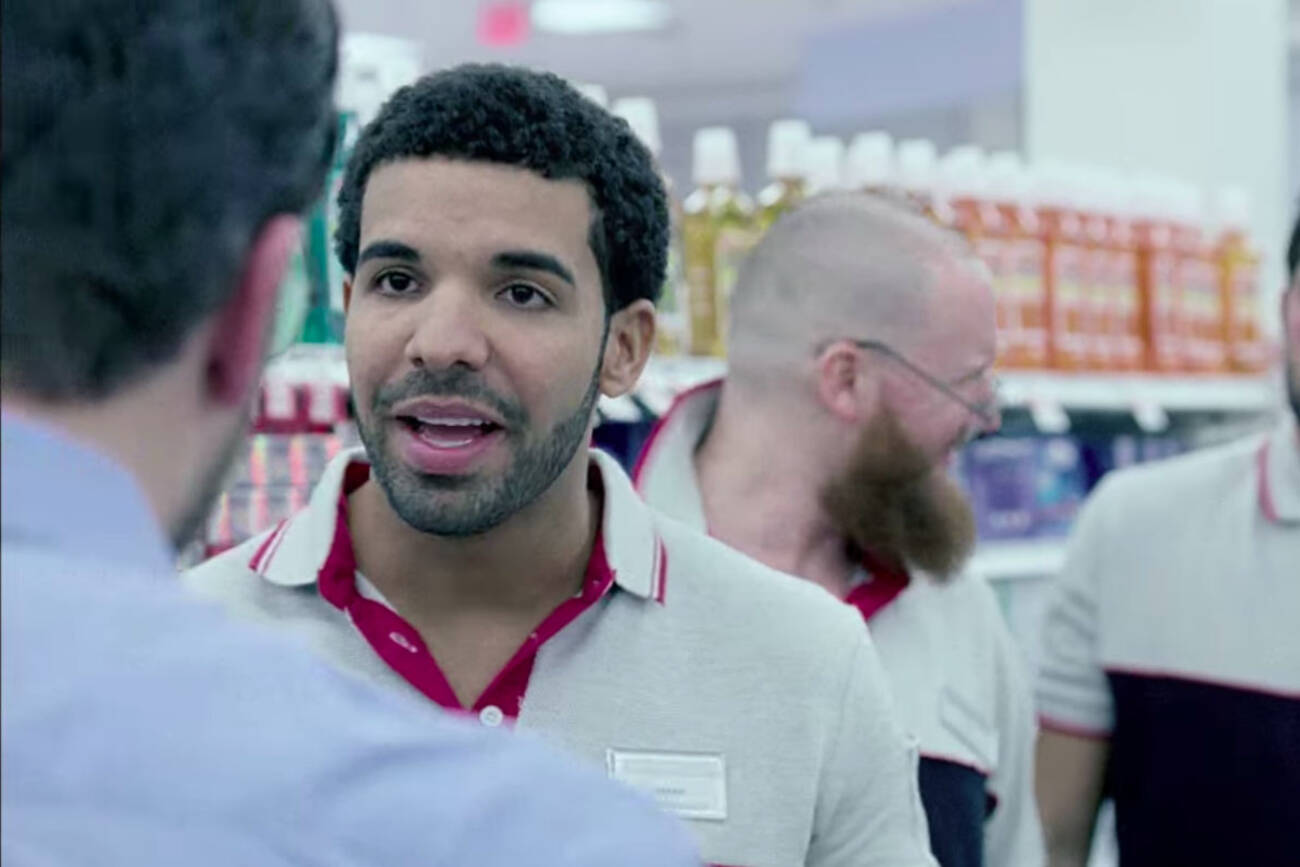 Singling out the top Drake videos of all time is a tough task given that Canada's number one cultural export just keeps outdoing himself. "God's Plan," his most recent release, is the second song in history to get more than 100 million streams in a single week, and the video keeps surging in popularity, too.

To celebrate the success of Toronto's very own, here the the top five Drake music videos based entirely on views (get it?).

This juggernaut of a viral video is by far the most-watched of anything uploaded to Drake's official YouTube account. It's been seen more than 1.3 billion times since it was uploaded in October of 2015. Drake brings dad dancing to the mainstream: A part of our heritage.

Started From The Bottom

It's impossible not to love this 2013 music video if you've ever been to or worked at a Shoppers Drug Mart. The entire thing could be a funny tourism campaign, and was, in fact, likely one of the driving forces behind the entire world thinking Toronto is hip all of the sudden.

This moody video features a lot of animal imagery and some steamy Drake-hugging-Rihanna action. Is it as fun as something like HYFR, which gave us the little dancing Aubrey gif? No, but the song holds up and the clicks don't lie. This is Drake's third most-viewed video of all time.

From 2015's If You're Reading This It's Too Late came this fierce banger and its corresponding video, which gave us some of Drake's most quote-worthy lyrics to date – and Droprah, the beautiful Drake-faced Oprah Winfrey of my confusing dreams. See also: Drobama.

With just over 200 million views, the video for Forever – the all-star 2009 collab between Kanye West, Lil Wayne, Eminem and Drake – is Mr. Graham's fifth most-viewed (and thus best, for the purpose of people on Reddit not being able to blast my judgement) video of all time.

If "God's Plan" keeps climbing at the rate it has been over the past two weeks, it might just surpass (almost) all of these videos before long. Not Hotline Bling though. That's one untouchable, adorable, turtleneck-glamourizing beast.

by Lauren O'Neil via blogTO
Posted by Arun Augustin at 7:36 AM