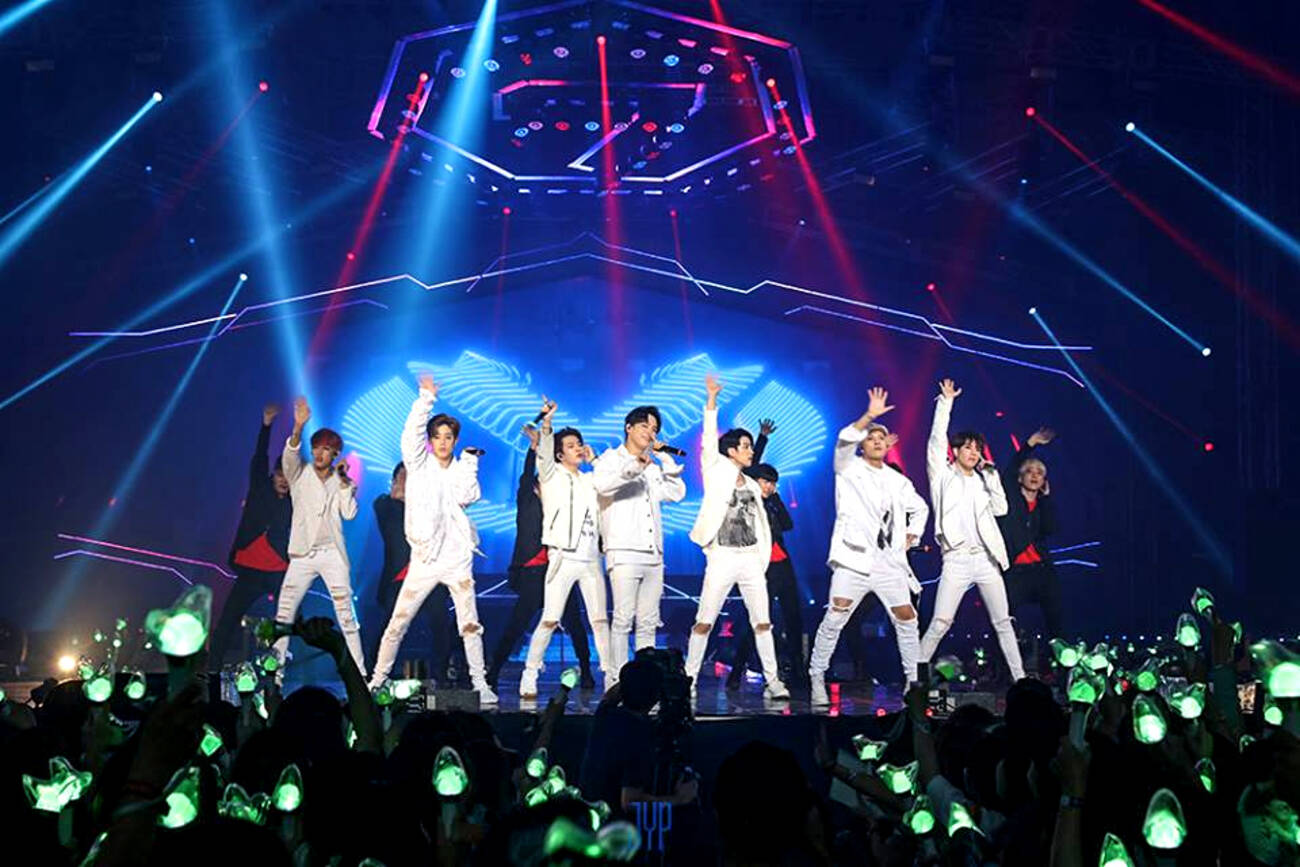 It's official. The Seoul-based boy band GOT7 (not to be confused with Game of Thrones, Season 7) is booked for a stadium concert in Toronto this summer.

The K-Pop and J-Pop icons announced the dates for their 2018 world tour on Twitter yesterday, sparking a frenzy of fan activity both locally and around the world.

OH MY GOD IF I GET TO GO TO TORONTO I WILL DIE #GOT7 @GOT7Official pic.twitter.com/164hj5XwMh

Of the 16 tour stops announced, only five are in North America – and only one of them is in Canada. That show will take place on July 3, 2018, at the ACC in Toronto. Tickets can be purchased via VividSeats and start at $201 US.

GOT7, which has seven members, has been on the scene since early 2014 when it debuted under South Korean music label JYP Entertainment.

Attended every got7 fanmeet here in Toronto. And now, they're finally having a concert here. They actually fulfilled their promise. Words can't express how happy I am right now. @GOT7Official #GOT7inToronto #GOT7 #GOT7WorldTour2018 pic.twitter.com/TAJwqA2mfh

Its not the biggest K-Pop group in existence, but, like every boy band ever, individual members of the group all have their own hardcore fan bases.

Between JB, Mark, Jackson, BamBam, Jinyoung, Yugyeom, Youngjae and the group itself, GOT7 is sparking some serious, neo-N*Sync level hype online in the wake of this tour announcement.

GOT7 teasing Yugyeom who got into reading lately and uploading pictures of him reading on a plane
Jinyoung: Gyeom~ah, you look cool
Mark: Excuse me, what are you doing?
JB: Really, don’t be like this. Awkward.
Youngjae: ㅋㅋㅋㅋㅋㅋㅋㅋㅋ
JB: Ah, really.. I am telling you to stop pic.twitter.com/D9PaFHAh1j

GOT7 will be the first ever K-Pop boy group to perform at the Barclays Center in Brooklyn this summer, and the second ever to perform at the Air Canada Centre (the first was Big Bang, which should come as no surprise to anyone with even borderline knowledge of Korean pop music.)

The world tour will kick off in Seoul, at Jamsil Indoor Stadium, on May 4, 2018. Good luck getting tickets, if you haven't already.

by Lauren O'Neil via blogTO
Posted by Arun Augustin at 6:25 AM