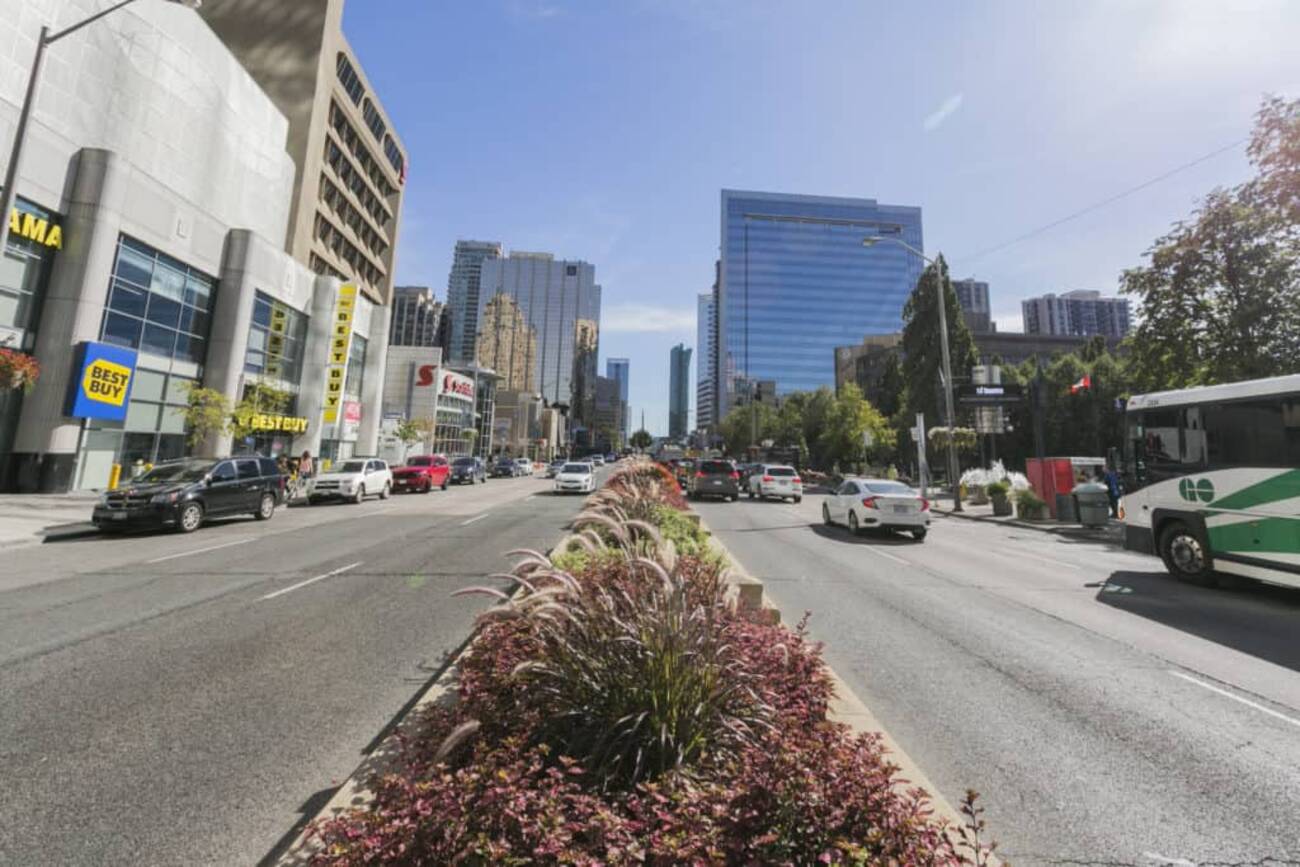 An ambitious plan from a local councillor to transform Yonge Street between Sheppard and Finch is in jeopardy this week following a city hall vote that didn't go at all how advocates expected it to.

"REimagining Yonge," a proposal compiled by city staffers after two solid years of study and consultation, envisions a more "vibrant urban environment" for North York Centre in the form of a plan it calls "Transform Yonge."

The plan, moved forward by Councillor John Filion, would see a 2.7 km stretch of northern Yonge Street reduced from six lanes of traffic to four lanes of traffic, allowing for the addition of new, protected, north-south bike lanes, widened sidewalk boulevards and other public realm improvements.

Why is it that only downtown gets the benefits of bike infrastructure? Yonge St is not a highway. #ReimagineYonge https://t.co/mLeBAc11Aw

This vision has been in the works for some time, and has generated a considerable amount of support from city staffers, local residents and urban planning heavyweights like Richard Florida, Jennifer Keesmaat, Paul Bedford, Ken Greenberg and Richard Peddie.

It came as a surprise to many, then, when Toronto's Public Works and Infrastructure Committee voted in favour of an alternate design at Tuesday's scheduled city hall meeting.

Others weren't surprised at all, given Mayor John Tory's opposition to the removal of two lanes on  Yonge Street. We all know how Tory feels about the threat of more congestion in downtown Toronto.

Whether or not the Transform Yonge plan would actually lead to more congestion is another story.

Nah, #ReimagineYonge isn’t important 🙄 said nobody in #NorthYork ever. The infrastructure is crumbling under all this new development and @JohnTory is refusing to support and listen to its constituents 👎🏻 When’s the next election again? #TOpoli #zerovision #STOPtionalTO pic.twitter.com/dOqmQHgAKl

Instead of the plan that residents in Willowdale (which the corridor runs through) have been calling for, Toronto's public works committee voted to move forward with a redesign of the area that not only goes against city staff recommendations, but will cost at least $9 million more.

"Is that motion correct? Committee would take $2M from a public transit fund to ensure drivers still have 6 lanes on Yonge?" tweeted Toronto-based journalist John Lancaster following the vote.

"Oh come on," tweeted a local resident in response to the committee's decision. "Could you at least make a small effort to upgrade your thinking from the dinosaur days of the 1950s?"

“Many local restaurants and shops are concerned the project will reduce parking for their customers” sounds like a #KingStreetPilot concern. A walkable neighbourhood is good for biz! Myopic vision from these businesses. #TOpoli #ReimagineYongehttps://t.co/d0Zj5TTqW7 pic.twitter.com/571VhSLKQm

There's still hope for the reimagining of young championed by urban planners, cycling advocates and city councillor John Fillion, however.

The motion to defer to the alternate plan will go to city council for a final vote in March on March 26, 2018 – at which point it could be overturned in favour of the plan that cuts down on car traffic and, hopefully, improves public safety.