Skating trail under the Gardiner suddenly shuts down for the season 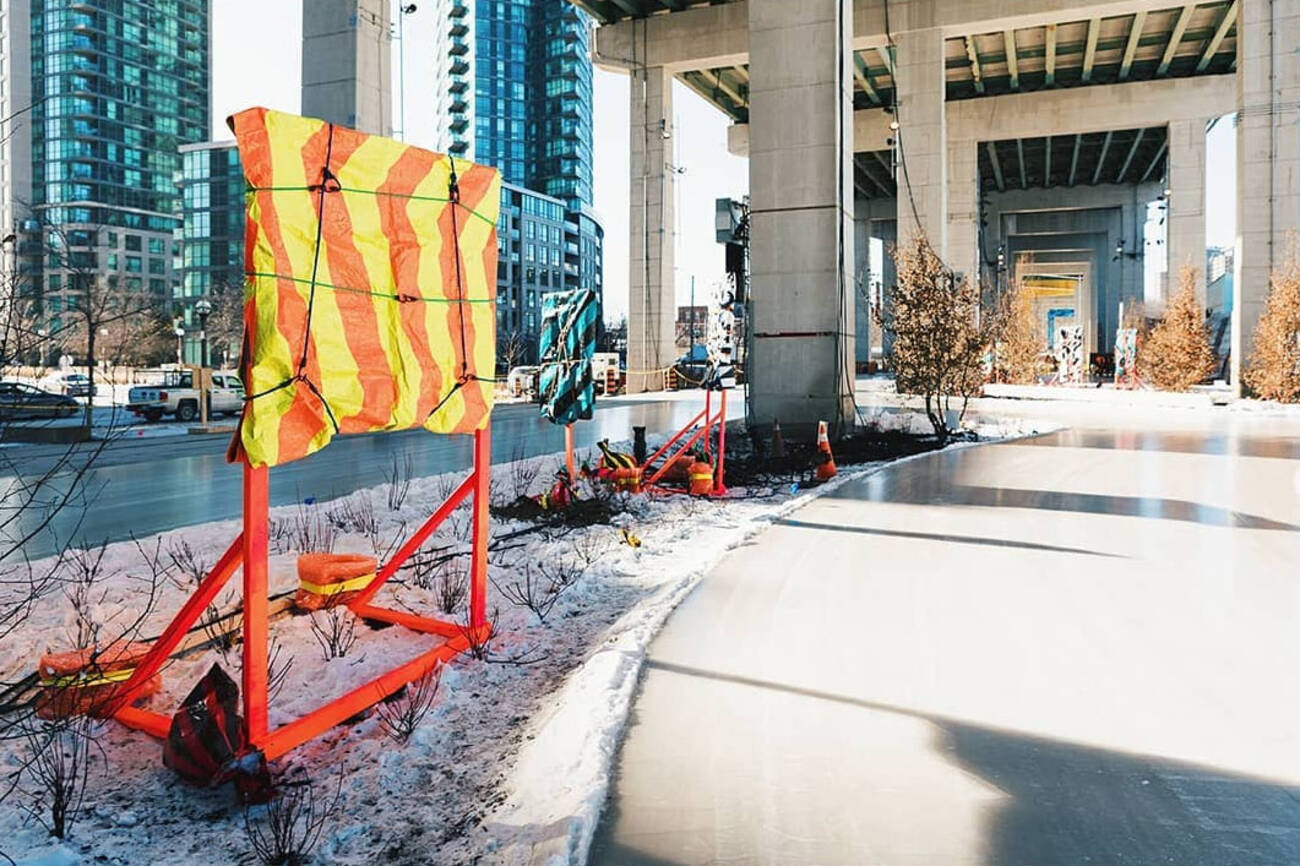 Toronto's first-ever recreational outdoor winter athletic facility under a highway has announced that it will be calling it quits for the season today on account of unseasonably warm weather.

The yo-yo temperatures of winter 2018 had already prompted several intermittent closures of the ice rink since its opening in early January, and organizers feel that keeping it open during this most recent spate of spring-like weather won't work out in anyone's favour.

"After an extremely successful launch in January 2018, the early taste of spring weather in Toronto has required the premature closing of The Bentway Skate Trail," reads a media advisory sent out Wednesday.

"Effective immediately, The Bentway will close for the season."

With the early closure of the popular skate rink, construction on phase one of the full, permanent Bentway project can resume.

The Bentway Conservancy says that, by spring, Torontonians can expect something called "Strachan Gate" in and around the space currently occupied by the skate trail.

This will include "a grand cascading wooden 'staircase' that doubles as a main entrance and performance space, and the adjacent Green Amphitheatre, a grassy hill that welcomes audiences to relax and enjoy performances under the sun."

That should soften the blow for anyone upset by this temperature-motivated change of events.

by Lauren O'Neil via blogTO
Posted by Arun Augustin at 2:51 PM