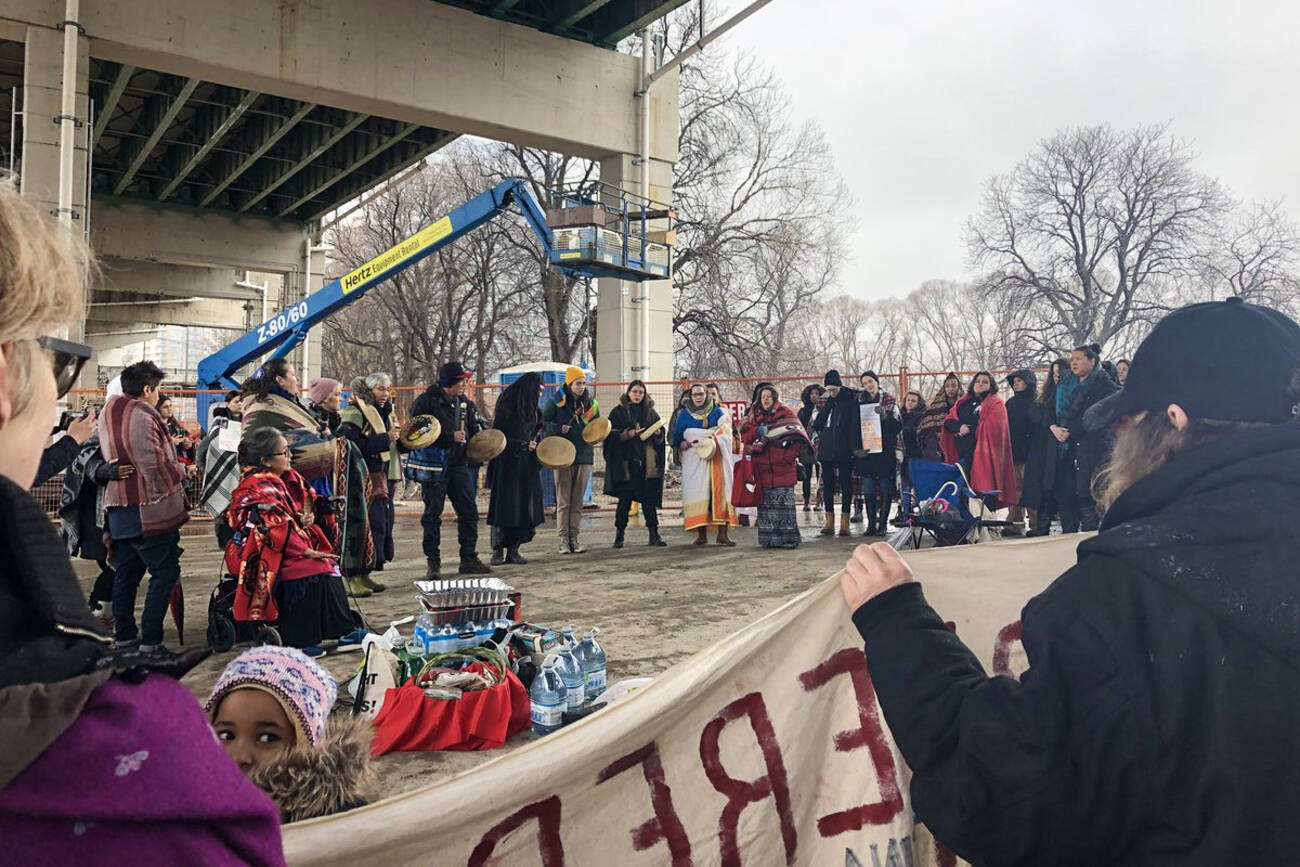 For the second time in as many weeks, thousands of people are gathered across the country this afternoon to protest a "not guilty" verdict in the slaying of a young Indigenous person.

Blankets for Tina at Fort York. We gather once again to mourn the unjust system which continues to let the killers of Indigenous bodies go free. #JusticeforTinaFontaine #JusticeForColtenBoushie #ProtectOurYouth pic.twitter.com/22zWwcyxKP

Raymond Cormier, 56, was acquitted by a jury of second-degree murder on Thursday in the case Tina Fontaine, a 15-year-old girl from the Sagkeeng First Nation in Manitoba.

Fontaine's death made national headlines in 2014 after her body was found wrapped in a duvet cover, weighed down with rocks at the bottom of Winnipeg's Red River.

Cormier was charged in December of 2015. His trial, which lasted almost three weeks, saw Crown prosecutors play secretly recorded audio tapes of Cormier saying such things as "I drew the line, and that's why she got killed... She got killed because we found out, I found out she was 15 years old."

Indigenous leaders, politicians from every level of government, law enforcement officials, academics, activists, and more have widely decried the verdict as unjust.

Heading to the protest at Fort York in honour of Tina Fontaine, wrapped in a malong instead of a blanket. Your shock serves no one. Your shame serves no one. White supremacy is a real and ongoing force that kills. Every minute we are polite is one step closer to another murder. pic.twitter.com/s55zSIgKl7

"Tina's is a tragic story that demonstrates the failures of all the systems for Indigenous children and youth on every level," tweeted federal Crown-Indigenous Relations Minister Carolyn Bennett following yesterday's verdict.

Sheila North, grand chief of Manitoba Keewatinowi said that "the systems — everything — involved in Tina's life failed her."

"No one can be blind to the racial tensions in our country," said Winnipeg Mayor Brian Bowman in a statement following the verdict.

In solidarity with #TinaFontaine. We mourn her loss & stand beside all of those affected by it. We hope this incident will tip the justice system to finally address systemic & systematic racism in Canada. #JusticeforTinaFontaine #LoveToTinaFontaine #JusticeForColten pic.twitter.com/862FHtahBm

"The work of the Inquiry into Missing and Murdered Indigenous Women and Girls is shedding light onto a dark past of violence and a history of racism in Canada," said Bowman.

"All of us have a responsibility to challenge racism and discrimination when we see it. And all of us need to work to repair the broken relationship between Indigenous and non-Indigenous people."

A host of memorial marches, protest rallies and shows of solidarity have been scheduled for Toronto in the coming days and weeks, including one at Nathan Philips Square on Saturday, March 3.

"Systematic colonial violence in Canada still remains rampant and we must take action in letting our governments and leaders know that we will not be silenced," reads the event's Facebook description.

by Lauren O'Neil via blogTO
Posted by Arun Augustin at 1:49 PM