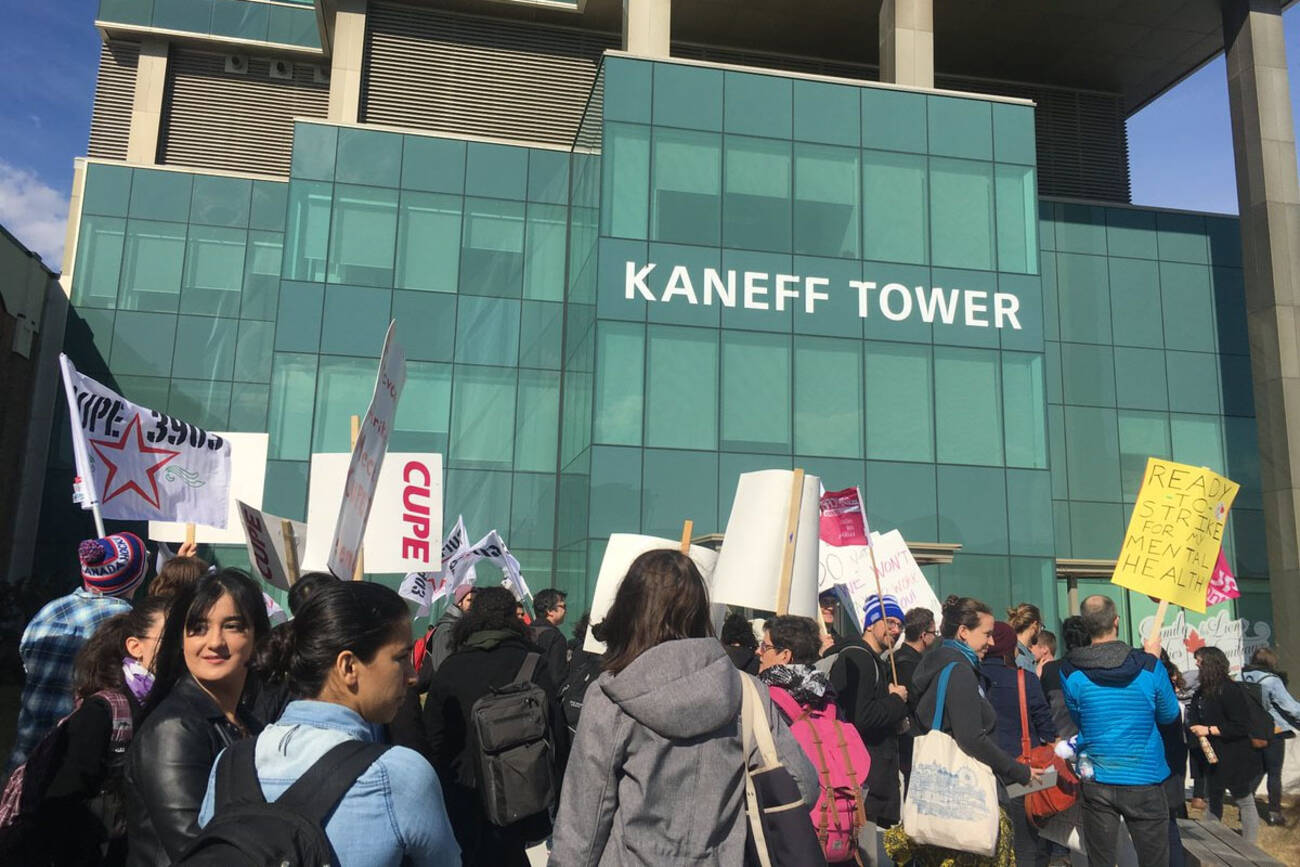 All teaching assistants, graduate assistants and contract faculty members at York  University are poised to go on strike in just six days if administrators don't meet their demands for a fair deal.

Members of the CUPE 3903 bargaining team, whose contract expired in August, are asking university executives to address the issue of job security for contract faculty, ensure funding is protected for teaching assistants, and maintain employment levels for graduate assistants.

If #CUPE3903 goes on strike, it won't be business as usual @yorkuniversity even if they "try" to keep some classes going. We do 60% of the teaching. Picket lines. Delays. Empty classrooms. Students have a protected right to respect picket lines. #3903bargaining pic.twitter.com/ujHD14ynte

Both parties have been at the bargaining table with a Ministry of Labour-appointed conciliator since January 8.

"The bargaining team had remained optimistic that we would see real movement on the key issues," said CUPE 3903 spokesperson Lina Nasr in a press release on Tuesday.

The university to which I pay tuition has declared war on my union.
So I guess all those claims about appreciating the work I do as a TA and the research I do as an historian were lies.

"Unfortunately, we haven't seen any substantive movement from York U in a long time This week is York's last chance to work constructively with us, acknowledging that we are an important part of the university community."

We had a great rally today! Thank you to members, students, and allies who came out to send a clear message: the time for a fair deal is NOW! @YUGSA84 @YUFAyorku @cupe3902 pic.twitter.com/5m5xu29vR2

Meanwhile, administrators are ensuring students that classes will not be cancelled, should a strike take place.

"We have made and continue to make every reasonable effort to reach a collective agreement with CUPE 3903 and avoid a strike," reads a letter sent out to students from Interim Vice-President Academic & Provost, Lisa Philipps.

We’re acting in the interests of our students. In the event of a strike all classes that can continue will continue.
Get the facts at https://t.co/ujX4OOklqc pic.twitter.com/ovhukxzFAc

"We remain fully committed to continuing negotiations with the assistance of the provincially appointed mediator to reach a new collective agreement," she wrote.

"However, if our teaching assistants, graduate assistants and contract faculty decide to strike as of Monday, March 5, the legal strike deadline, the University will take every possible step to limit the impact of the labour disruption on York students."

Apparently York has said classes will still run in the event of a strike....no thanks, no way in Hell am I waiting over an hour to get passed picket lines

York says that all the classes "that can continue will continue." TAs, GAs and contract faculty say "Ha!" to that.

U know we do about 60% of teaching at York right? Also YUFA members def have to do with bargaining, if York eliminates conversions for contract faculty their #s will decline rapidly. They r protected if they r out in solidarity & can only run classes if they do our jobs aka scab.

A strike deadline has been set for March 5.

by Lauren O'Neil via blogTO
Posted by Arun Augustin at 1:31 PM