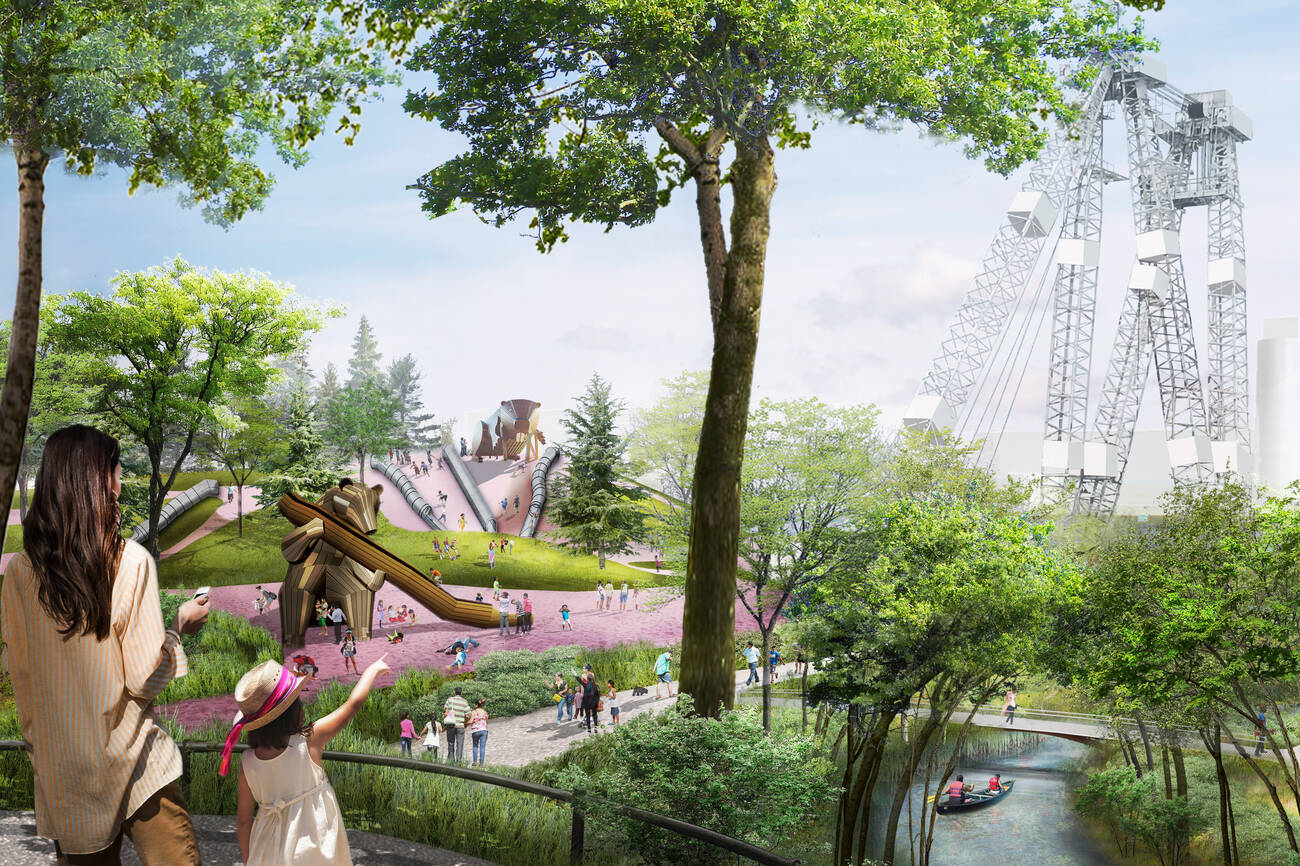 Waterfront Toronto is moving forward with its plans to re-naturalize the mouth of the Don River as part of an undertaking that's been labeled "one of the biggest infrastructure projects in Toronto’s history."

Known as the Port Lands Flood Protection program, this immense project is expected to take seven years (and just under two billion dollars) to complete.

When its done, Toronto will have more than 80 acres worth of new parks, roads, bridges and river valleys and an island (Seriously! We're getting a new island!) just east of the downtown core.

At the Spectrum for the unveiling of the Don River Park. Great moment for the city. pic.twitter.com/Raydj7qn3R

New renderings and models for the sprawling space were unveiled last night during a community consultation meeting for the Port Lands Flood Protection project.

The renderings, which show people playing beach volleyball, riding in canoes and lounging on rolling green hills are exciting – but this isn't about creating more space for people to play.

By naturalizing the mouth of the Don River, the city hopes to provide flood plain protection to the vulnerable Port Lands. With the flood risk stabilized, Toronto can finally proceed with the development of these former industrial lands. 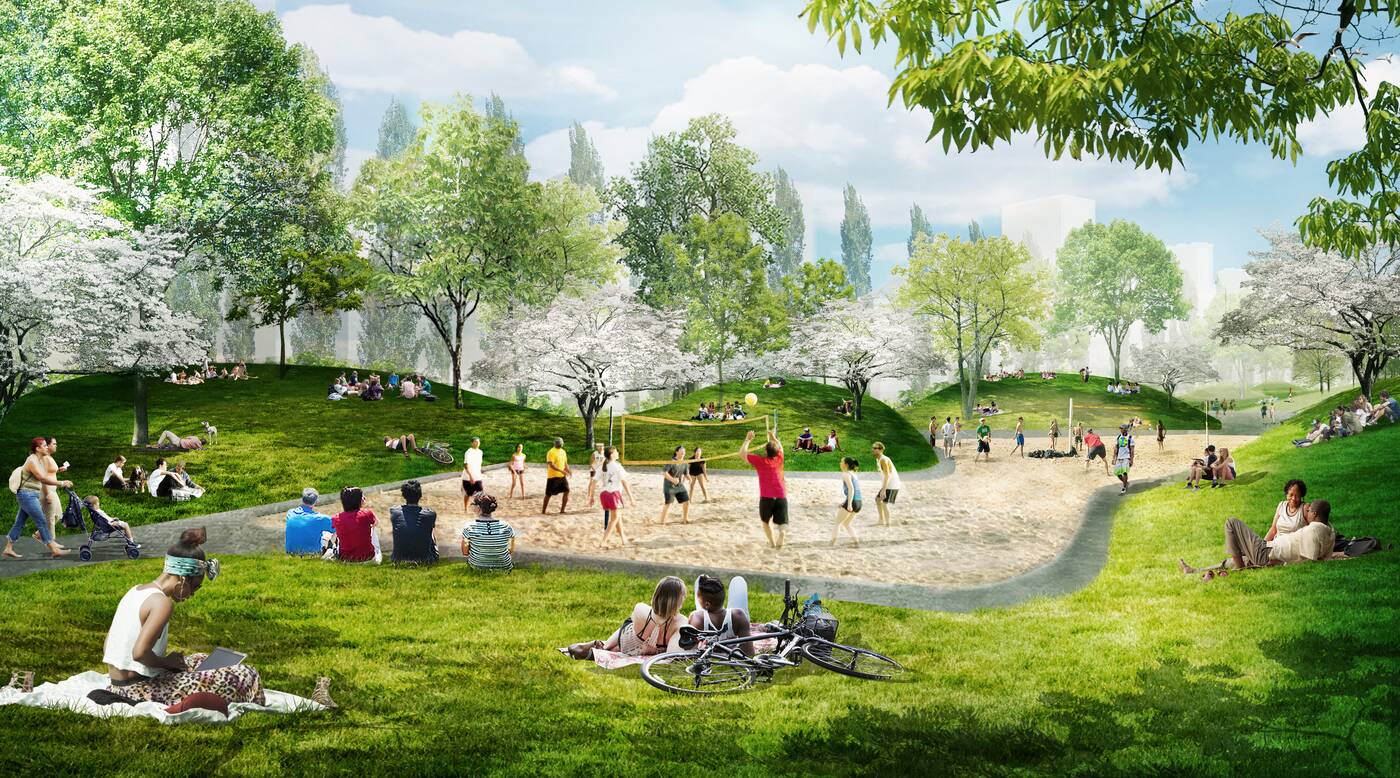 The Globe and Mail reports that an additional 290 hectares of land can be developed in the area once the river has a second mouth and spillway.

Google's new, futuristic Sidewalk Labs neighbourhood (Quayside, as its being called now) will fall within this area, as will the Unilever site being pitched to Amazon for its HQ2 campus right now.

Excavation will begin this summer. The new riverside parks, designed by renowned landscape architecture firm Michael Van Valkenburgh Associates, are expected to be complete sometime between 2021 and 2024. 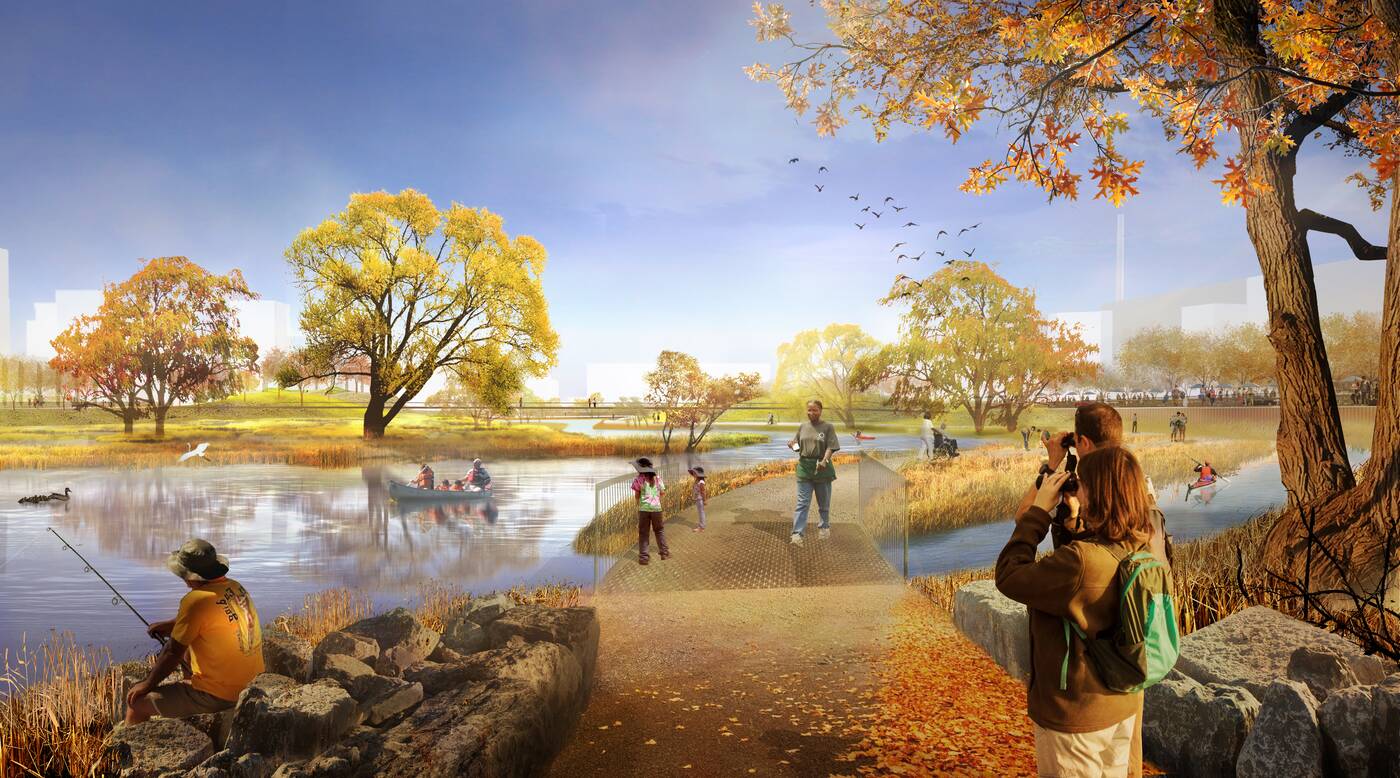 "As the river runs south and then west, its banks will be lined largely with wetland and lawn – which can flood harmlessly if the river overflows its banks," reports The Globe.

"Then, as the river empties westward into Toronto harbour, it will culminate in what's called Promontory Park."

Expect slick sculpted landforms, playgrounds, dog runs, sports fields and what architects describe as an "urban promenade" along the water's edge. The dreamy Port Lands paradise we've been promised is now only 3-5 years away.

by Lauren O'Neil via blogTO
Posted by Arun Augustin at 3:44 PM