Former home of Freeman Formalwear on Yonge goes up in flames 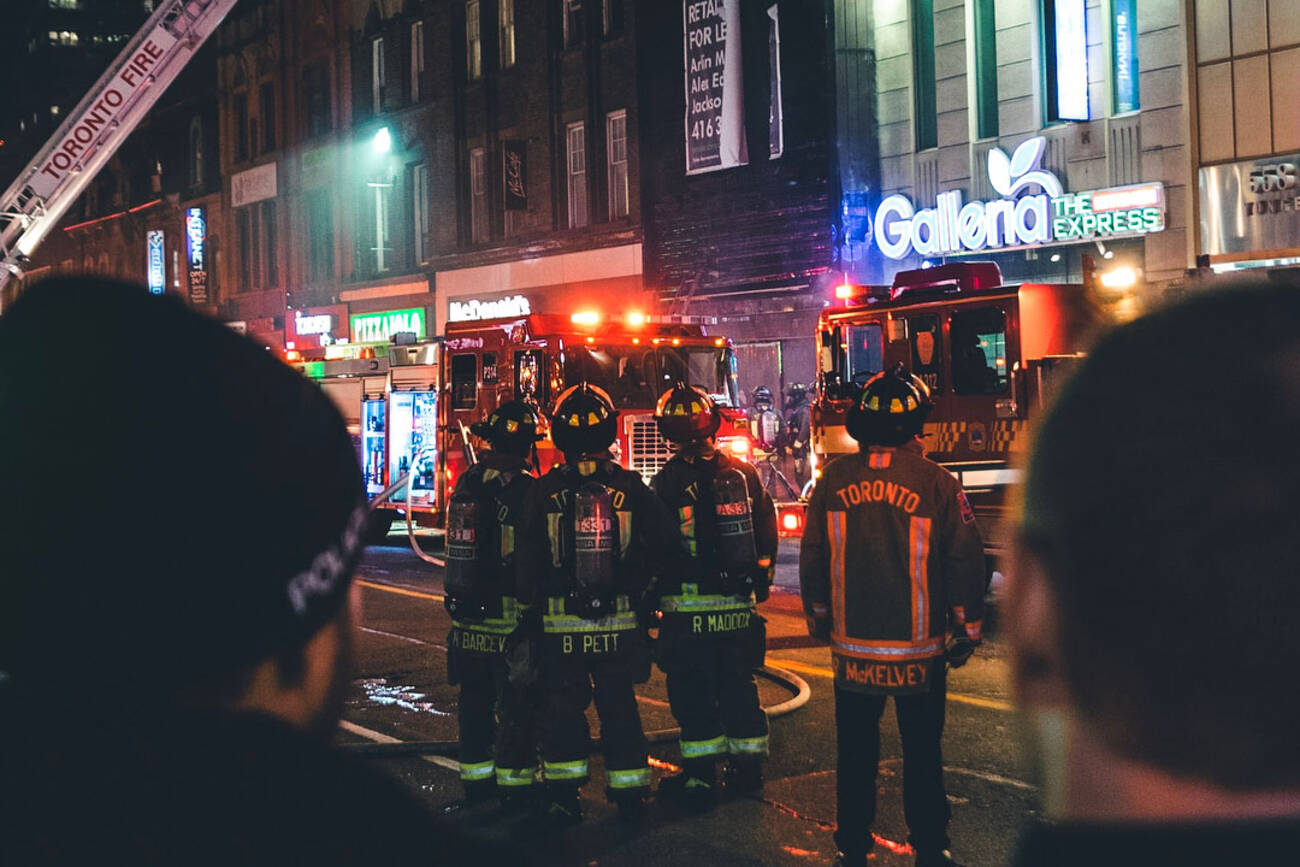 A portion of Yonge Street remains closed this morning after a three-alarm fire destroyed much of an unoccupied building in downtown Toronto.

No injuries have been reported.

Fire at Yonge and Wellesley. This entire complex is going down @ctvnewschannel pic.twitter.com/QtOzOGsSYU

Fire crews responded to 556 Yonge Street, near Wellesley, around midnight on Monday to find the former site of Freeman Formalwear engulfed in flames.

It took nearly 50 firefighters and three aerial ladders about four hours to contain the blaze, according to CBC News, and nearby residents were forced to evacuate their apartments.

Firefighters are still investigating the origin of the fire, which was contained before spreading to any adjacent structures (one of which is the McDonald's at 552 Yonge.)

Next Media updates will be at 6:00 and 7:00 at the corner of Wellesley and Yonge With Deputy Fire Chief Jim Jessop pic.twitter.com/AR2y6fwJSe

The busy street was closed off completely last night as crews worked to put the out the fire, but has since reopened for traffic heading northbound. One southbound lane is expected to remain closed throughout the morning.

by Lauren O'Neil via blogTO
Posted by Arun Augustin at 7:41 AM