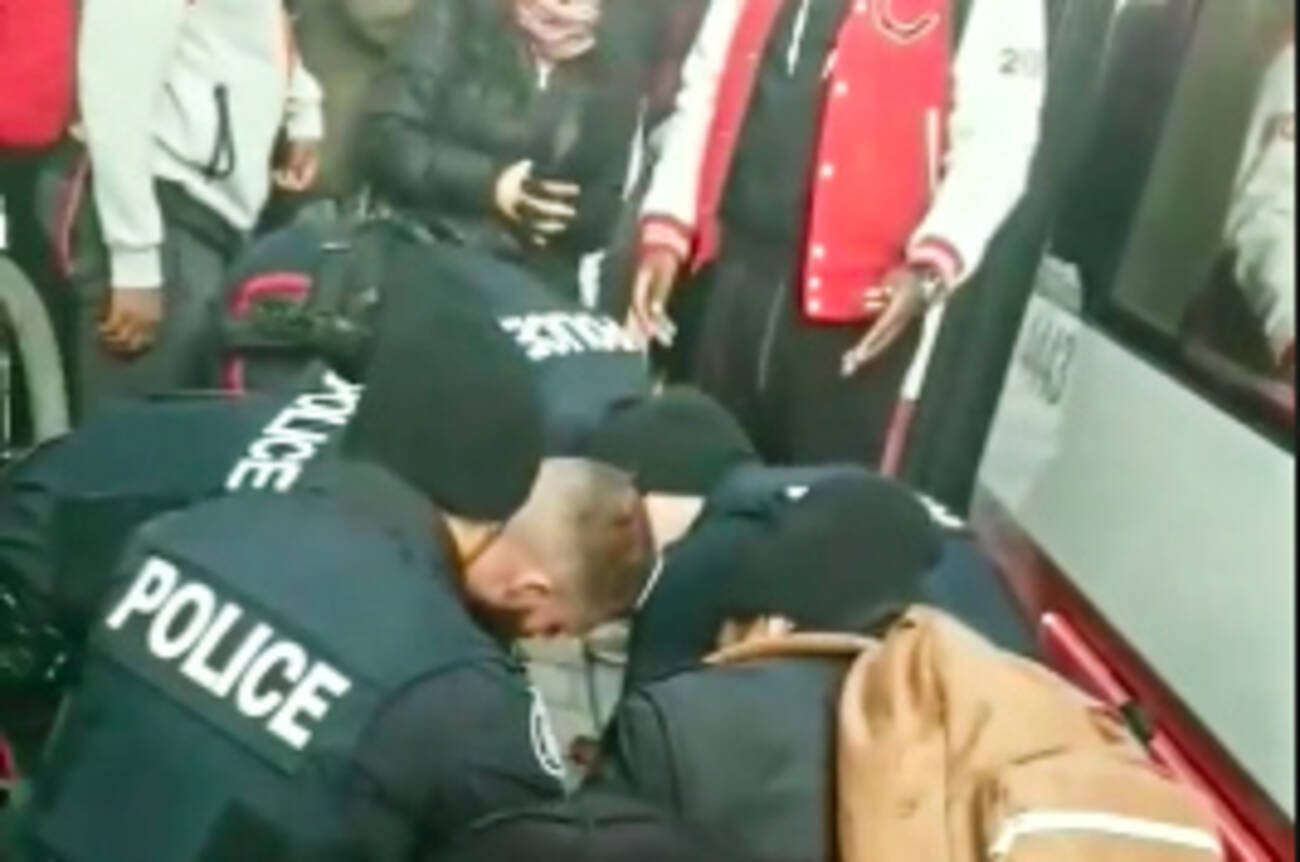 The TTC's heavy-handed fare inspector program is being called into question once again this week as video footage circulates of five grown men-in-uniform pinning a teenager to the ground.

"On my streetcar, a black teenaged boy shoved a fare collector who put his hands on him," she wrote when sharing two videos from her phone on Facebook. "And this happens. They held him down screaming for twenty minutes."

While she describes the scene as "5 white cops on one black kid," only three of the officers shown on camera were actually Toronto police.

The other two were TTC Fare Inspectors – those people in vests who walk around streetcars doling out $235 tickets to anyone who doesn't pay their fare (or forgets to grab a transfer.)

McBride told City News on Tuesday that the teen in the video had been trying to get off the streetcar when a fare inspector "grabbed him by the back of his coat and dragged him back into the vehicle."

"It looked like he was going to get off and they were making their rounds checking people's transfers and they wanted to catch him," she said. "I saw the [teen] react semi-aggressively, in a defensive manner."

The video, shot after police had arrived to the scene, shows at least seven adults gathered around the young man, five of them pinning his body to the floor.

#ttc the Toronto Transit Commission fare inspector are totally out of control and are a bunch of over-sized bullies. I am sick of what I saw on television tonight. They should be FIRED! #topoli

McBride say the boy was held down for about 20 minutes before being taken to a police car.

No criminal charges were laid, according to police, and the TTC is now conducting an internal investigation.

"The TTC is concerned about the events leading up to this altercation and is taking the incident seriously," said TTC spokesperson Stuart Green to The Star."We will take appropriate action where necessary."

by Lauren O'Neil via blogTO
Posted by Arun Augustin at 6:55 AM