The top 10 Tibetan restaurants in Toronto 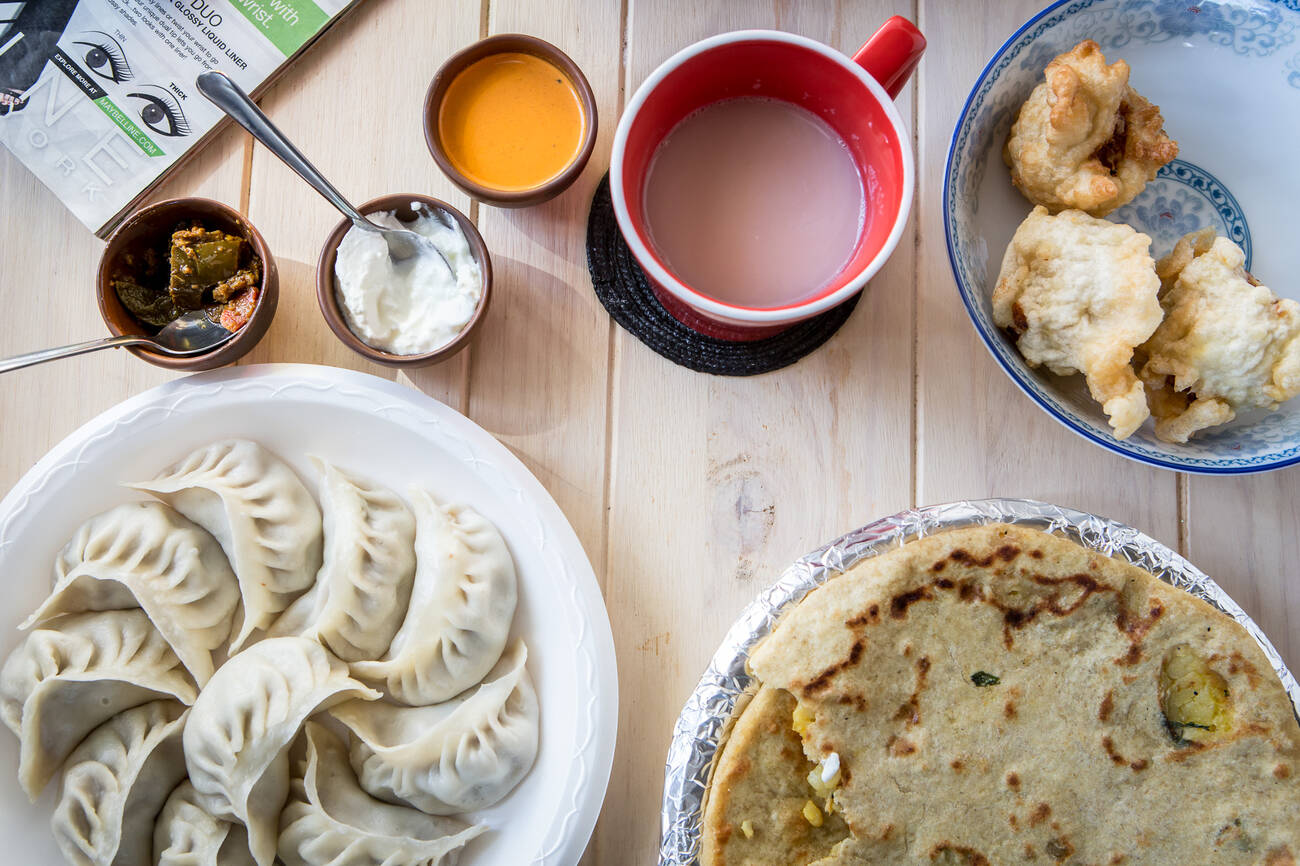 The top Tibetan restaurants in Toronto are destinations for momos and delicious butter tea or po cha. Nearly all located in Parkdale’s Little Tibet, these spots are the go-to for an underrated cuisine that’s affordable and delicious too.

Here are my picks for the top Tibetan restaurants in Toronto.

With huge portions and affordable prices, this restaurant is a Parkdale favourite. Located right by Sorauren, the gyuma beef sausages are a must try.

Named after the restaurant’s owner Loga, this sunny spot at the northern tip of Close Ave. specializes in takeout though there’s plenty of seating to enjoy your meal. With good service, killer hot sauce and thick-skinned momos, this restaurant is a gem.

It’s a small place but this restaurants packs a lot of flavour, especially its curry dishes and beef momos. A simply decorated spot across the street from Parkdale's LCBO, they also have an array of vegetarian dishes and Bhutanese cuisine like sekam thali.

Located just west of Sorauren Ave. on Queen St. West, you can come here to enjoy some of the most delicious momos in the city while sitting cross-legged in the back seating area. Great for vegetarian diners, their jhol momo dumplings come in a spicy, flavourful soup that’s to die for.

First timers might feel intimidated by this restaurant’s massive menu, but its warm atmosphere and incredibly cheap lunch specials will make this spot near the top of Jameson Ave. one of your faves. Besides theinthuk,  they also have some Indian favourites like pakoras.

Named after the Dalai Lama’s summer residence, this restaurant near Queen and Jameson serves up shabaley, a kind of Tibetan beef patty, delicious spiced cauliflower and mango lassi drinks round it off.

Mostly popular for take takeout, this low key spot off Fuller Avenue in Parkdale has a small chalkboard menu consisting of all the Tibetan faves like momos and shabhaley beef patties for super cheap prices.

Slide into this restaurant’s comfy booth seats and have some veggie momos and their varieties of delicious thalis. Serving up a mix of Nepalese and Tibetan dishes, this spot near Queen and Fuller also has unique Mango lager by Cheetah Brewers.

This little family-run counter near Queen and Lansdowne is named after a greeting in Tibet. Their menu is super small but effective, with a pork chili dish, a variety of momos, gyuma, and mok thuk, a type of dumpling soup.

This little Kensington spot actually specializes in fresh juices and smoothies but also has your standard momos, thupka noodle soup, plus a TV on the wall if you’re trying to catch a game or pass some time in the market.

by Tanya Mok via blogTO
Posted by Arun Augustin at 7:14 AM