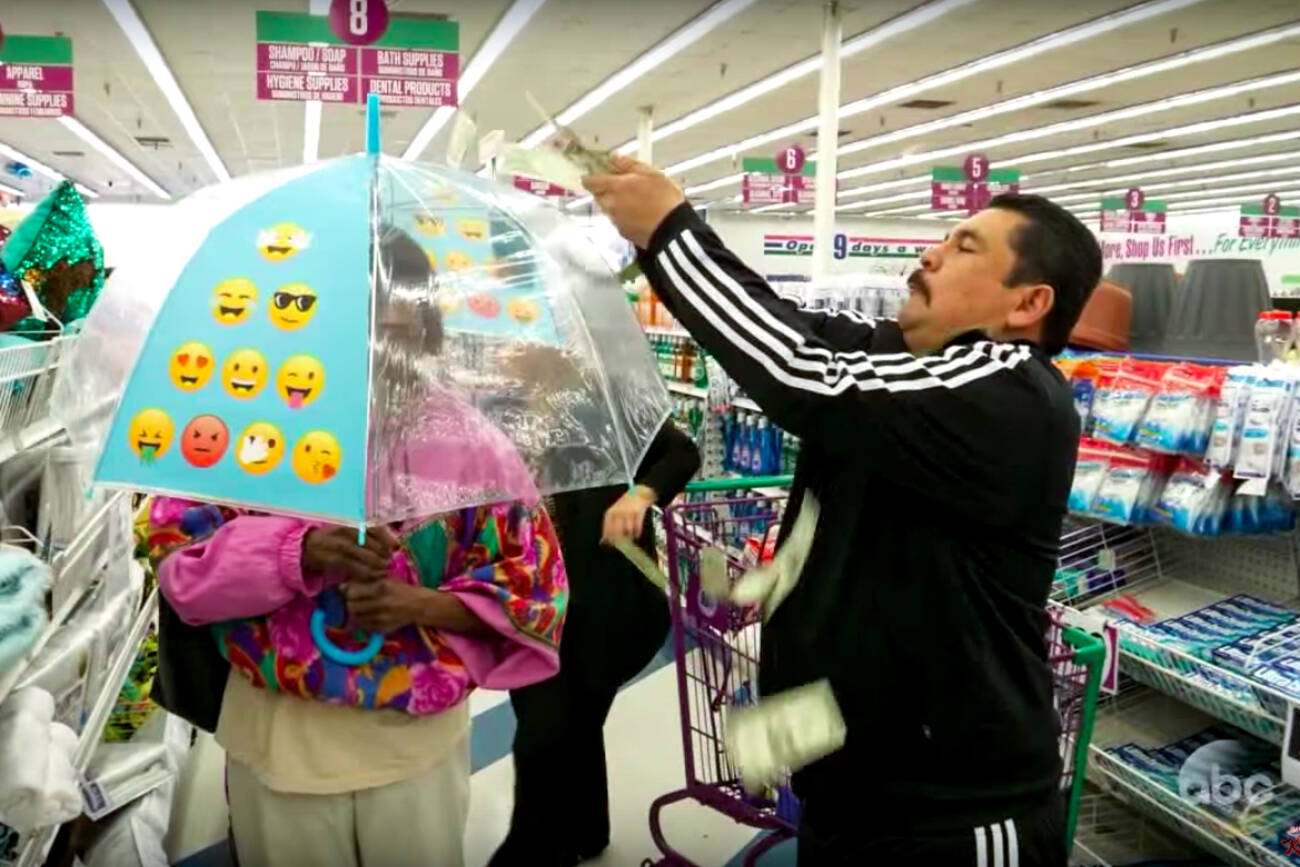 Remember when Canadian rapper and aspiring saint Aubrey Graham gave away $996,631.90 in Miami? Of course you do. He made like, 500 Instagram Stories posts and an entire music video about it.

It was all a part of God's Plan.

The video for Drake's latest banger has now been viewed more than 15 million times on YouTube in less than a week – and its inspiring more than funny tweets about communist Champagne Papi.

Unlike the million bucks that Drizzy had to work with, Guillermo went to a Los Angeles area dollar store with $100 and made it rain singles on bargain shoppers.

If you scrubbed and missed it, you should know that Guillermo gave a gigantic cheque for just over $96 to one of the store's clerks at the end of the clip.

"What's this?" she asked Guillermo.

"It's for you," he replied. "It would be great if you cry and you would thank me."

by Lauren O'Neil via blogTO
Posted by Arun Augustin at 12:54 PM