Furries are taking Toronto by storm 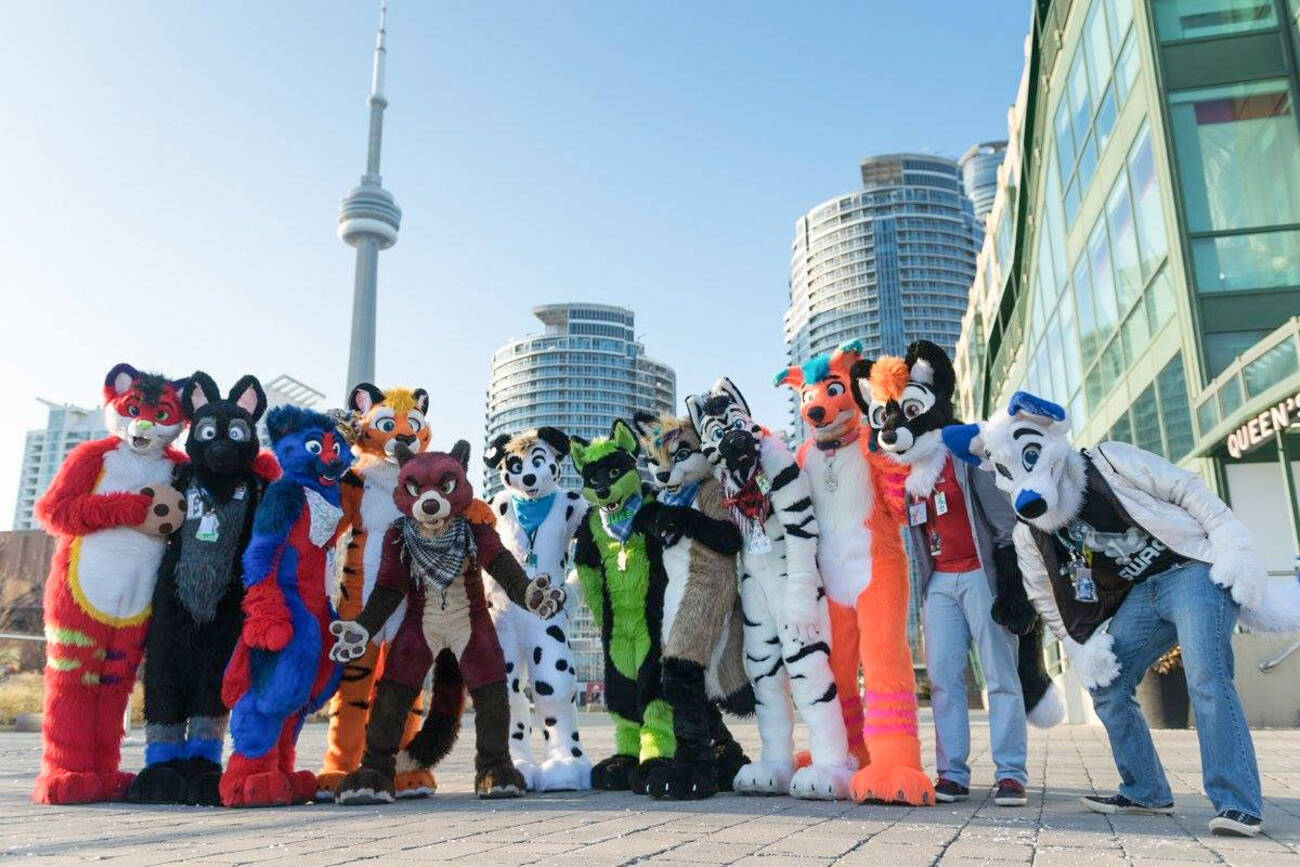 Toronto's population of people dressed up like animals seems to have exploded in recent months.

Maybe it's a byproduct of extreme cold weather. Maybe anthropomorphism is trending upwards as a style choice. A lifestyle choice? A hobby?

Whatever the case, I've seen more furries IRL over the past two months than probably ever in my life – and I am so, so here for it.

Lighting the night up on the street car!!!! @furrykerfluffle pic.twitter.com/UvZClkS2oI

Once considered a relatively niche, albeit totally internet famous community, furries have been popping up all over The 6ix lately, out in the wild, away from the confines of their hotel conventions (or fur cons, as they are called for short) – though they are, by no means, new.

A huge group of furries chartered an entire TTC streetcar over the weekend, delighting anyone who happened to see them cruise by. They literally made the rave train of my dreams come true.

The event was called "Kerfluffle 4" and the photos from it are spectacular.

This party streetcar was full of furries and it was the most bless’d vision mine eyes had ever beheld. 🎉🙏🎉 pic.twitter.com/jTToIxrp3s

This means that, in less than a month, thousands of furry fandom and animal enthusiasts will arrive in downtown Toronto for an entire weekend filled with furry-themed events, performances, and probably photo shoots.

The event has been taking place since 2010, when it launched at a Doubletree hotel near the airport.

The number of people attending furry conventions has been rising steadily in the U.S. in recent years, however, and organizers in Toronto expect this year's Furnal Equinox to be its "most extravagant, flamboyant party of all."

In the meantime, you can find some of Toronto's coolest furries hanging out in such places as The Bentway Skate Trail...

The Four Seasons Centre for the Performing Arts...

And, if you're lucky, partying on a streetcar all over the city.

hdhsj lrt reminds me of this lol is my city even real why were there furries partying in a streetcar pic.twitter.com/1dpSskBcXu

Urban nature at its finest.

by Lauren O'Neil via blogTO
Posted by Arun Augustin at 3:00 PM