Everything in Toronto is melting right now 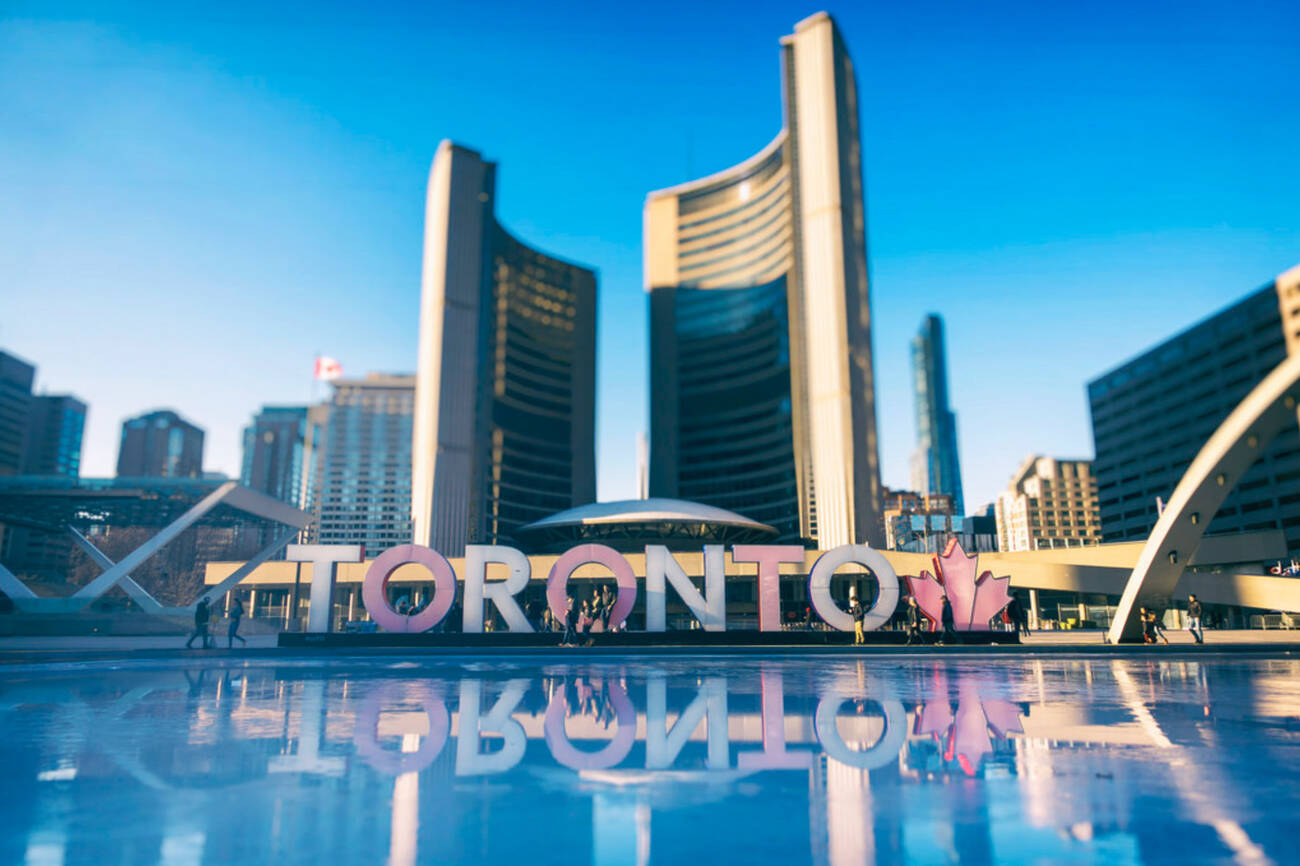 Toronto is warming up fast and furious, way earlier than anyone had expected it to this year, and – for the most part – people seem pretty happy.

The first half of winter 2018 was utterly abominable, like the big white snowman in Rudolph. It left behind lots of snow piles and many a painful memory of wind slapping me right in the face.

Mild and sunny is a welcome change from blistering cold, for sure, but the fast thaw of Southern Ontario is proving problematic in terms of flooding, winter sports and the shoes of many people.

🚧Some photos from yesterday's flooding in Meadowvale Conservation Area🚧 This extreme weather was a strong reminder for the importance of protecting the public's safety. Please continue to stay away from shorelines & all waterways. https://t.co/UEskTcMjqC pic.twitter.com/LNTz2piQ1i

Yesterday saw temperatures rise to a balmy 12 C in Toronto, and spring-like temperatures are expected to stick around for a few days, at least.

Meteorologists are calling for highs of 10 C and 9 C on Tuesday and Thursday, respectively, which might feel nice, but has thrown a wrench in the plans of anyone who wanted to go skating, skiing or snowboarding in the very near future.

🚨 Hey everyone, due to the beautiful warm weather, the Skate Trail will be closed from Monday, February 26 to Wednesday, February 28. As always, if you're planning on dropping by in the future, check our website & social for the latest updates on ice conditions. Thank you. 🚨 pic.twitter.com/wpnLzSMVic

Skating rinks across the city are turning into mush after a few solid days of sunshine, prompting some of them to shut down entirely (though hopefully not for long.)

The Bloor-Yorkville IceFest was a mess on Sunday, as artists struggled to keep their heavily-branded ice sculptures alive under the beaming sun.

It’s melting! Come and see us while its still there! #icesculpture #Icefest18. Tag our Twitter handle@GermanyinTO and win. #Yorkvilleicefest2018 pic.twitter.com/zxsr6Z69Kt

The protective layer of white stuff that's been covering up sins on roads, sidewalks, and wherever else people tend to hurl garbage in the winter because "out of sight, out of mind" had melted almost entirely as of Monday.

Some of Toronto's wildlife family members are all about it.

Not sure I’ve ever seen swans in this part of the Don River before. Enjoy the spring-like weather in Feb pic.twitter.com/kz5CiPzAFS

Other animals are less than pleased to lose their winter wonderland.

Lucky for this beautiful Bernese Mountain Dog, temperatures are supposed to drop once again before the season's up.

Who knows, though? Maybe more tropical cyclones will form and keep winter's last gusts of wind up in the arctic, where they belong.

A human can dream.

by Lauren O'Neil via blogTO
Posted by Arun Augustin at 9:56 AM