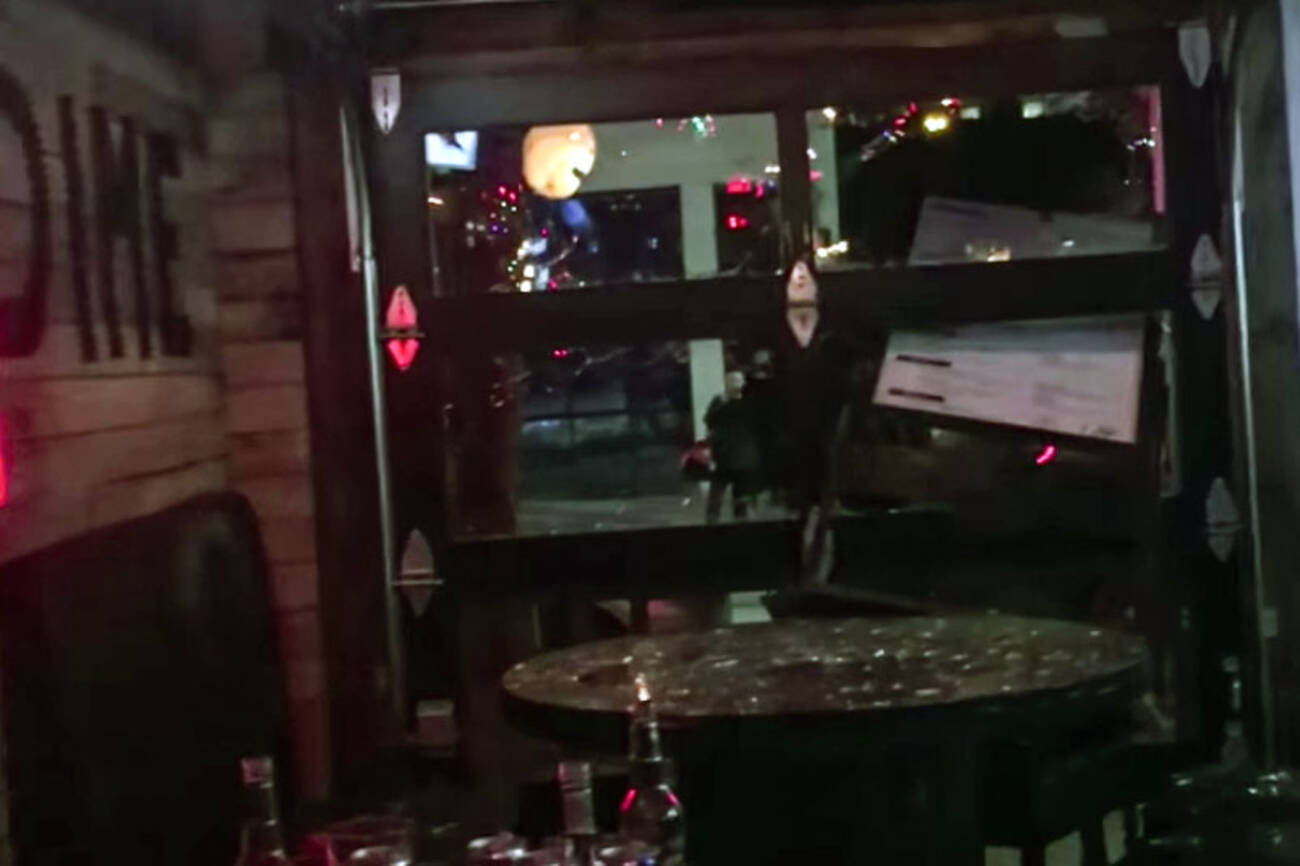 Video footage is circulating today of a man smashing in the windows at a popular Queen West bar and restaurant while horrified patrons run for cover.

The incident in question took place at around 10 p.m. on Sunday night in front of The Dime, a cheap eats and party spot near Bathurst and Queen.

"Were were only there for about 10 minutes when people at the front started screaming that some guy was trying to break in," said witness Max Cresswell-Turner by phone.

He quickly manages to break the glass, sending shards flying into the establishment.

Staffers sprang into action right away, according to witnesses, corralling the crowd away from the window and toward the back of the room.

"Everyone get back, get back here!" a man can be heard shouting in the video. "Guys, in the back. Please. Come to the back."

Almost everyone complied, save for one straggler who went back to save his beer.

The man who had been smashing glass left momentarily, according to Cresswell-Turner, but came back very soon with a large sign that he used to smash more glass panels.

"I wanted to come in here," the man can be heard shouting into the restaurant during the video. "That's what you get for not giving me a pint! I want a f--king pint!"

Witnesses say that two or three police officers detained the man when they arrived. He was eventually strapped into a stretcher.

Upon release from the hospital, he was transported to a police station and charged with mischief.

Sean Young of The Warehouse Group, which owns The Dime, said that the incident resulted in "a couple thousand dollars" worth of damage – but that his team doesn't intend to pursue legal action action.

Based on conversations with his staff and police, Young believes the gentleman in question may have been experiencing mental health issues.

"We definitely wouldn't pursue charges in that case," he said. "We just want him to get help. That's the most important thing - ensuring he's okay."

by Lauren O'Neil via blogTO
Posted by Arun Augustin at 4:11 PM