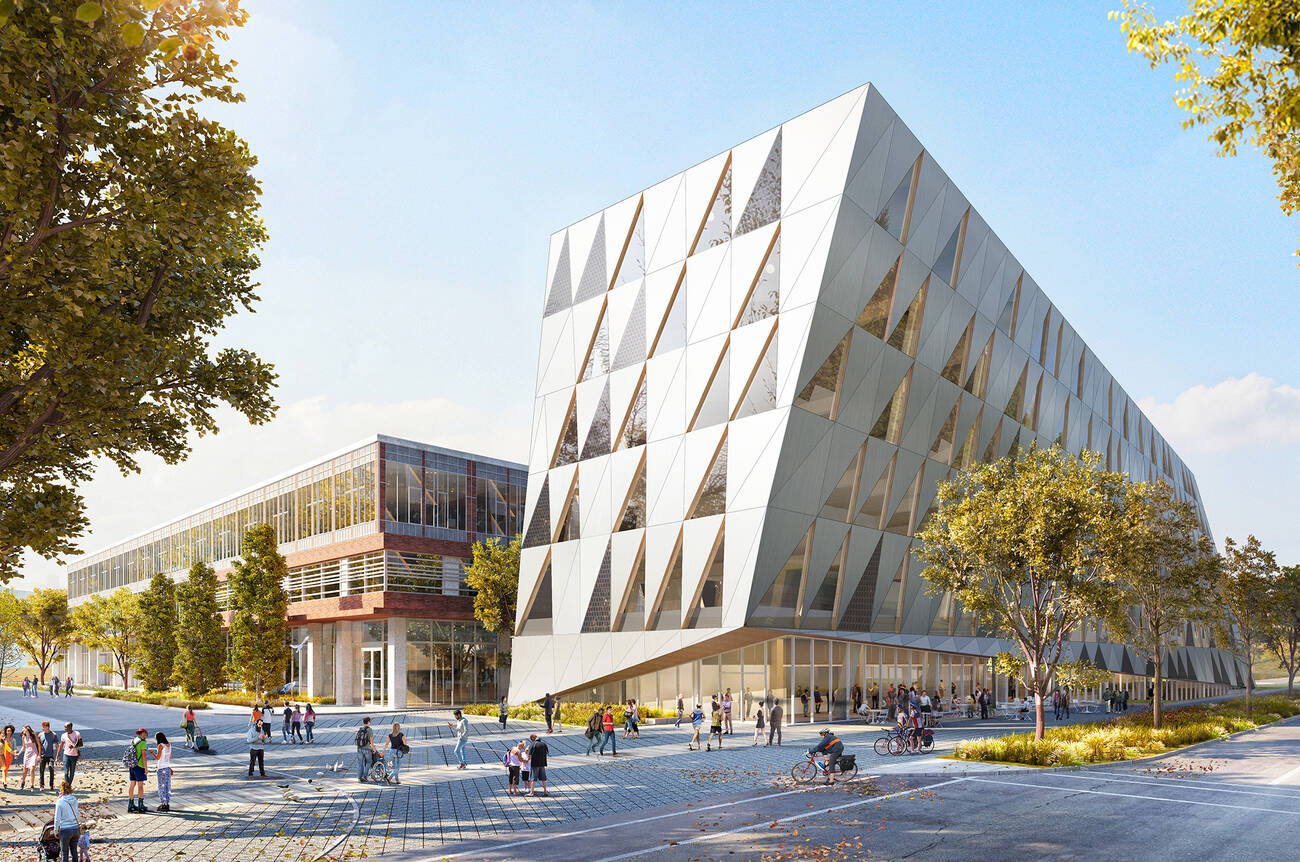 While students and faculty at York might be preoccupied by the possibility of yet another strike next week, there's some bright news on the horizon for the university in the architectural realm.

What was once one of the most dismal campuses in Canada, will get yet another upgrade in the form of a new School of Continuing Studies building, which is set to break ground in 2019 for a 2021 completion date.

This would add to a recent architectural resurgence on the Keele campus that's witnessed a slew of highly acclaimed buildings arrive on the campus over the last few years, mostly notably the Foster + Partners-designed subway station and the Bergeron Centre from ZAS Architects.

York held a design competition that resulted in a short list of three firms: HOK, Gow Hastings Architects with Henning Larsen, and Perkins+Will. The latter was recently announced as the winner, and preliminary design work has begun.

Despite the early phase, a press release form York indicates that the new home for the school is projected to feature 39 classrooms as well as student lounges, private work spaces, and office space spread over 9,000 square metres.

Location-wise, the structure is destined to rise at the corner of The Pond Road and James Gillies Street, which is just a short walk from the main subway station.

York's early Brutalist architecture doesn't have many fans these days, but as the campus continues to fill with attractive new buildings, perhaps it'll earn more love as a whole. It's already a far cry from what it looked like even a decade ago.

by Derek Flack via blogTO
Posted by Arun Augustin at 2:26 PM