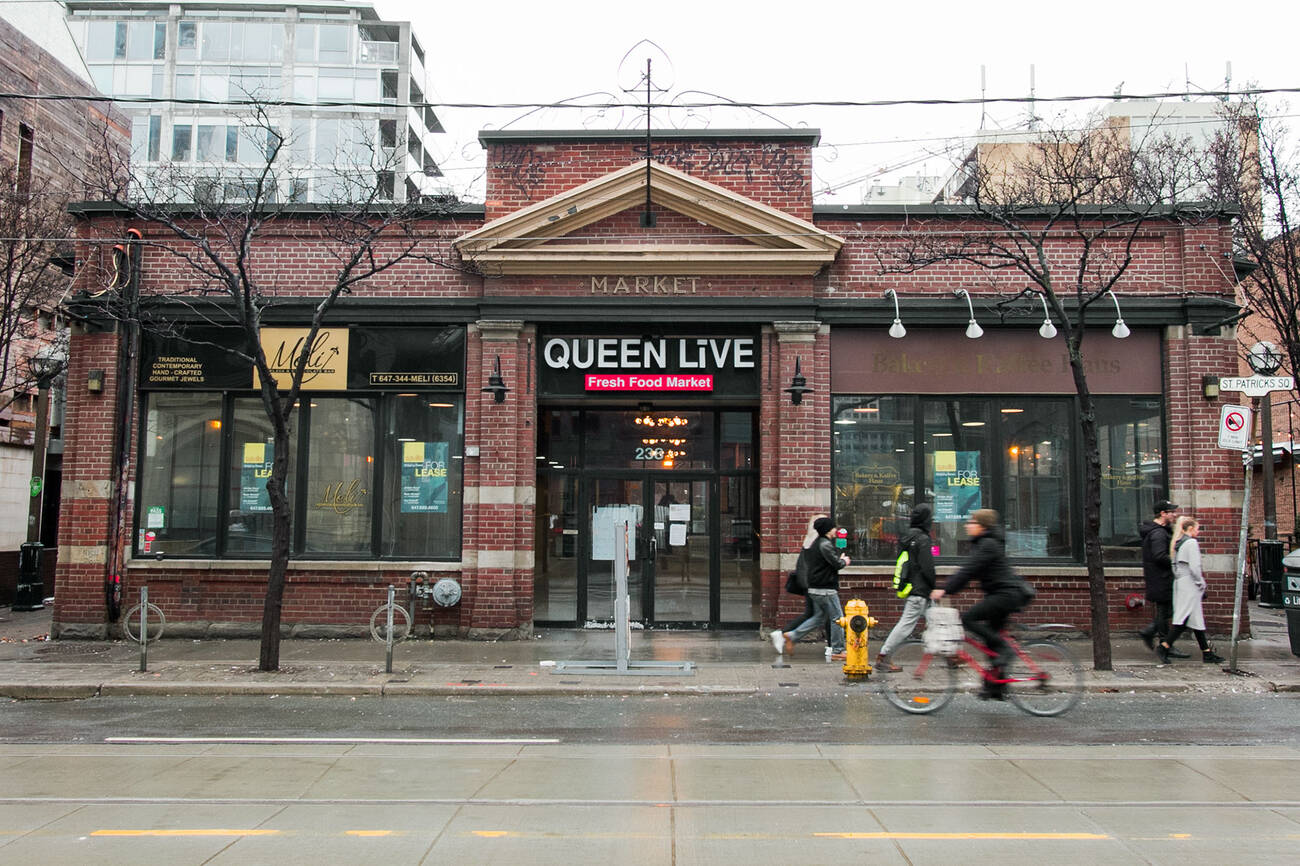 A food market on Queen West is hoping to shed its problematic past with a major renovation and rebranding effort.

Queen Live Fresh Food Market – which occupies the city-owned historic building at 238 Queen Street across from the former home of Citytv – is at the outset of an estimated two month-long renovation and renaming itself to Queen Street Eats. 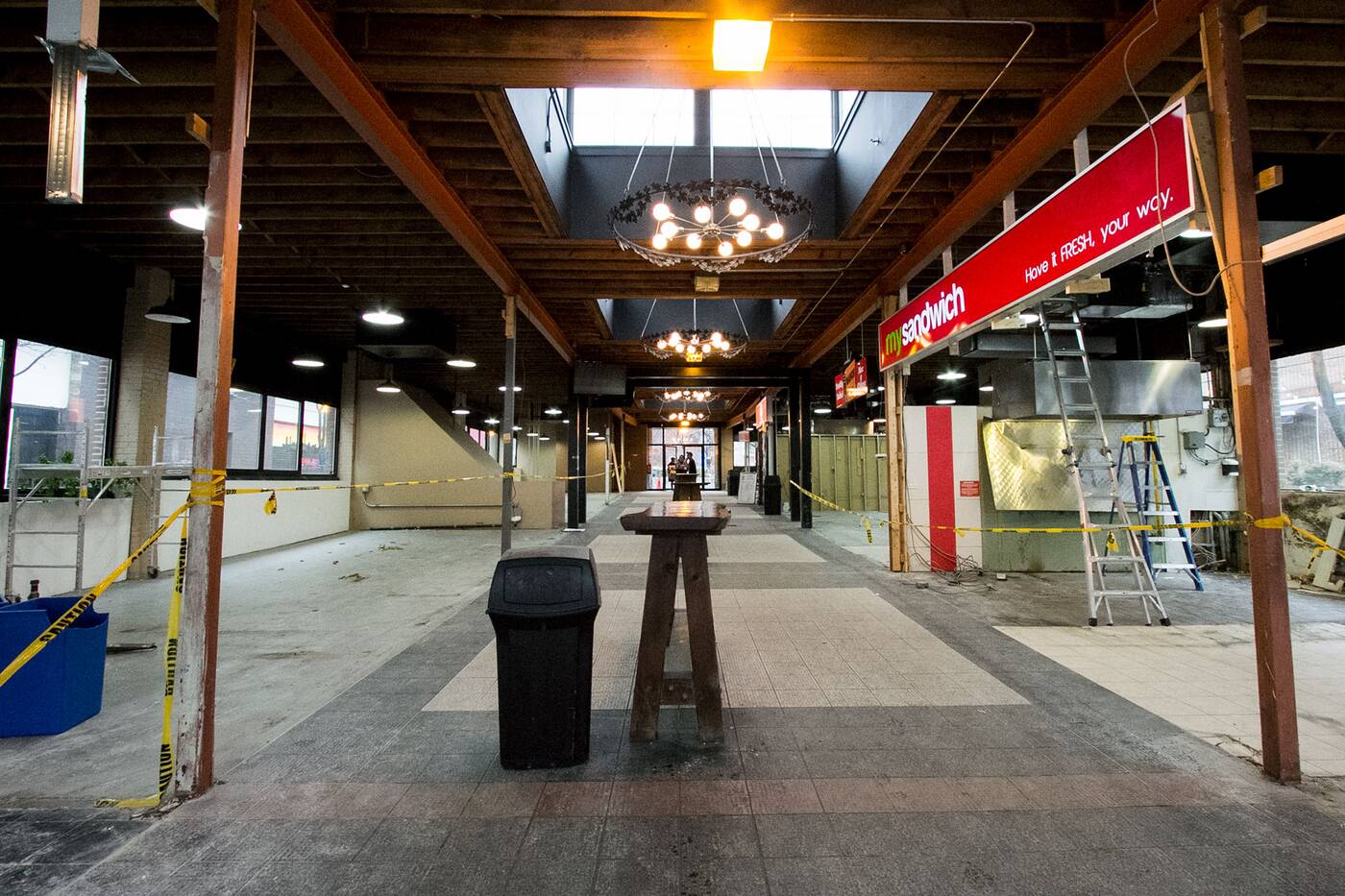 The current view of the interior at 238 Queen St. West.

The space will be revamped to include washrooms, upgraded kitchens, a graffiti wall, and a seating area for guests – which, until now, city guidelines forbid in the building – in an attempt to make the space a hip destination for lunch and late night eats.

Having long suffered from an identity crisis, what was once known as the St. Patrick Market has already rebranded multiple times over the past several years: from Queen Street Market to the meant-to-be healthy food court concept The Grove and finally to Queen Street Live.

At the moment, the space might best be remembered for headlines related to mice prancing around on one of the market stall's baklavas after hours last July.

The offending stall Mali Baklava was given a red card from health inspectors, and though no infractions were committed by the four other restaurants contained in the market, they were slapped with red cards as well.

According to Shinji Yamaguchi, owner of the Gushi stall at Queen Live, that was an unfair move that cost his business money.

"There was nothing wrong with our property but the city gave us a red card anyway," he says. "It was just a matter of how the building was run."

Shinji and the three other business owners of My Sandwich, Panino Cowboys, and Jerk Joint headed to city hall last year to try and have their red card statuses revoked.

Though they managed to have the rodent-related infractions quashed, the red cards remain on their business records to this day. 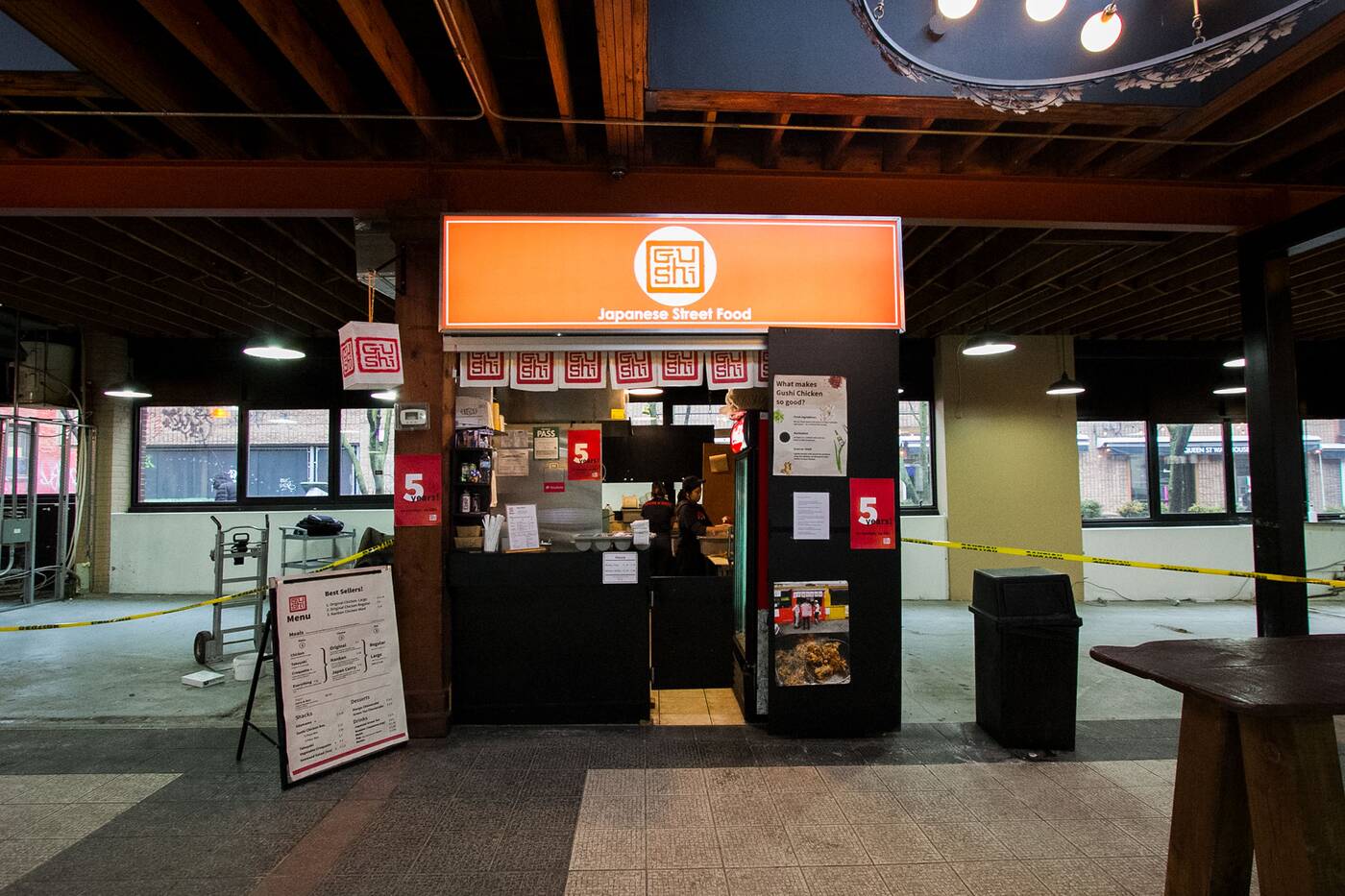 The lone stall currently operating in the market.

Gushi is currently the only stall left standing in Queen Live but will be closing down at the end of the month. According to Shinji, he was going stay until June until the property owner began dismantling the building while his stall was still in full operation.

"[I'm] not comfortable opening while they start taking down the place, which is one of the reasons why we're moving out earlier," he says. "I don't feel it's right to have these conditions."

Jerk Joint owner Sharon Slacks believes this disregard for businesses plus the mouse incident is indicative of the property managers simply not caring about their vendors, demonstrated by her experience with overflowing garbage cans and uncovered drains in the market.

"When I signed the lease five years ago I was given a wonderful brochure about how the building was supposed to look," she says. "It  was supposed to be a fully occupied building of vendors, and none of that happened."

Jerk Joint ended its lease in December of last year and has since been looking for a new space to occupy. Sharon says the market's foot traffic never recovered after the incident with the mice.

Savills Retail, the firm piloting the project, believes this round of renovations will buck the trend. 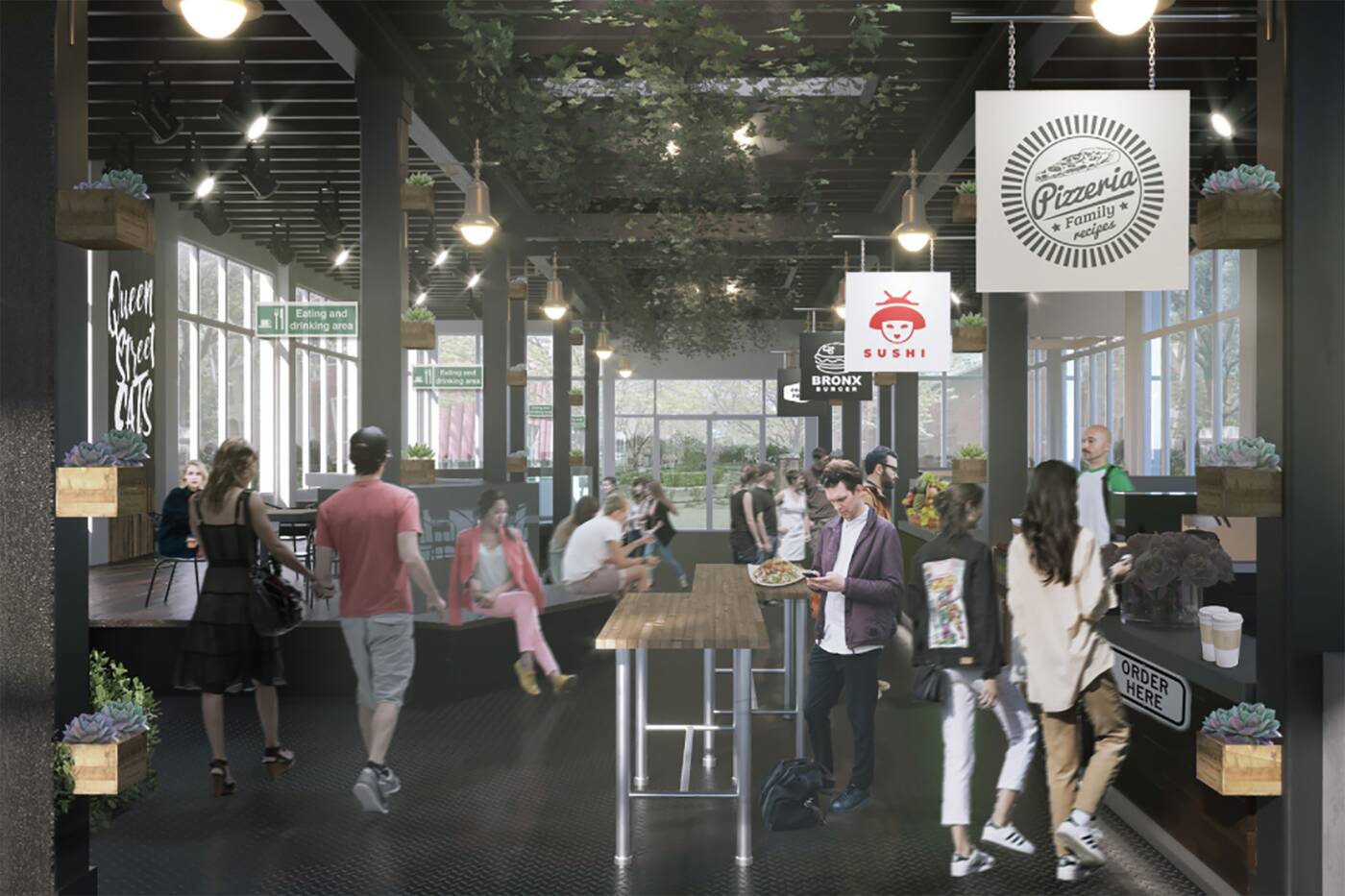 Rendering of what the new Queen Street Eats will look like following renovations. Image courtesy of Savills Retail.

According to representative Jay Katzeff, the company is completely gutting the space, which was built 1912 and declared a heritage site in 1975. By discarding old ducts and fumigating, he says the building is protected from accidents like that happening again.

He also says the company has hired a property management firm to be responsible for operations like coordinating with stall owners and waste management.

As to why the building's interior is being torn down as Gushi attempts to operate, he refused to comment.

With Queen Street Eats vendor applications open until February 23, this latest rebrand shows potential for new businesses to benefit from a revamped building, which has always seemed like it should be more successful given its location.

For many former businesses of the property, however, the new plans come with a healthy dose of skepticism.