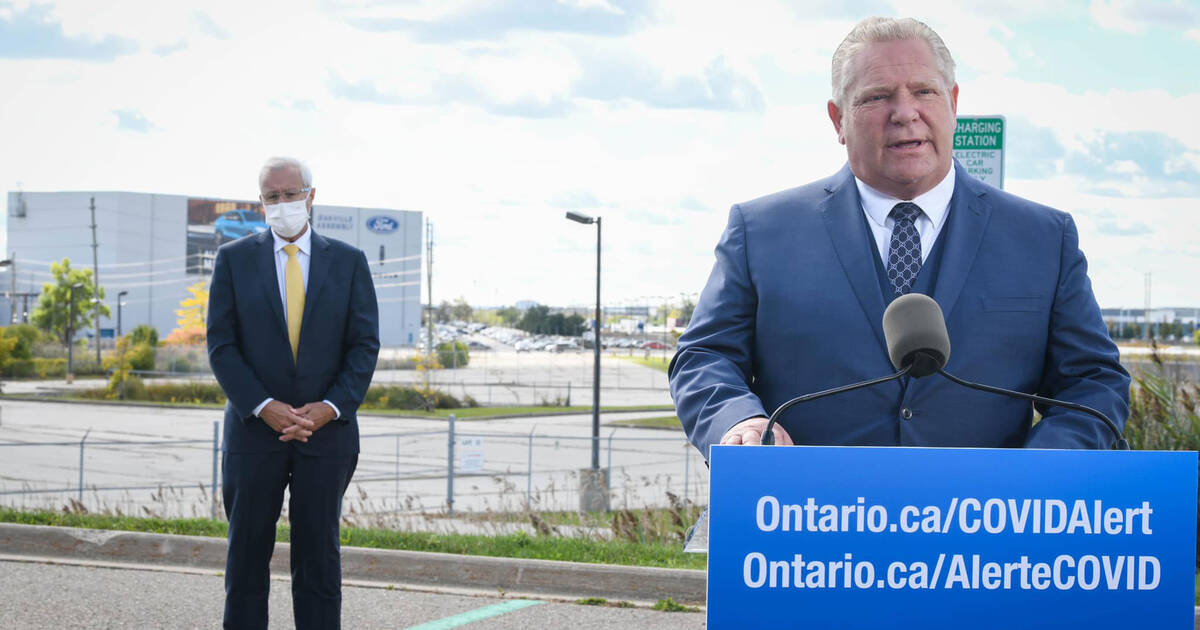 Ontario's Ministry of Health is reportedly gearing up to announce more than 900 new cases of COVID-19 on Friday, blowing away yesterday's record high of 797 new infections and and confirming the predictions of epidemiologists who last month warned that we would be seeing around 1,000 new cases per day by mid-October.

It's safe to say, as Premier Doug Ford has in the past, that we've entered the long-dreaded "second wave" of the coronavirus pandemic — and that it will be much worse than the first, unless something changes fast.

As for what will change, at the regulatory level, we should know sometime soon: Ford has reportedly called an emergency cabinet meeting for 11 a.m. to discuss actions his command table has proposed to slow the spread of COVID-19.

NEW: Sources confirm Ontario will hit a new high over 900 new #COVID19 cases and tough new restrictions being considered by Premier Doug Ford’s cabinet even after he argued against going back to Stage 2. #onpoli

Global News reports that several such measures were discussed Thursday evening at an emergency cabinet meeting that "stretched late into the night," including a return to Stage 2 restrictions (or a modified version thereof) for "hot zones" Toronto, Peel and Ottawa.

Officials are expected to finalize any decisions this morning ahead of Ford's daily pandemic press conference.

Public health officials, including Toronto's Medical Officer of Health Dr. Eileen de Villa, have been asking the province in recent weeks to close indoor dining spaces and ban group fitness classes in cities with high rates of acceleration, at the very least.

Ford has thus far refrained from imposing further restrictions upon businesses, however, citing a lack of data and the dire potential consequences of a second lockdown for small business owners.

"I can't make a willy nilly decision and just say I'm closing everything down and ruin thousands and thousands of peoples livelihoods and their life," said the premier at a press conference on Monday when asked about why more restrictions haven't been put into place yet.

"So show us the evidence, the hardcore evidence. Put it in front of the command table."

With the largest one-day increase in cases of COVID-19 on record set to be announced this morning, it seems as though Ford may finally have enough evidence in front of him to heed the advice of doctors outside his own COVID command table.