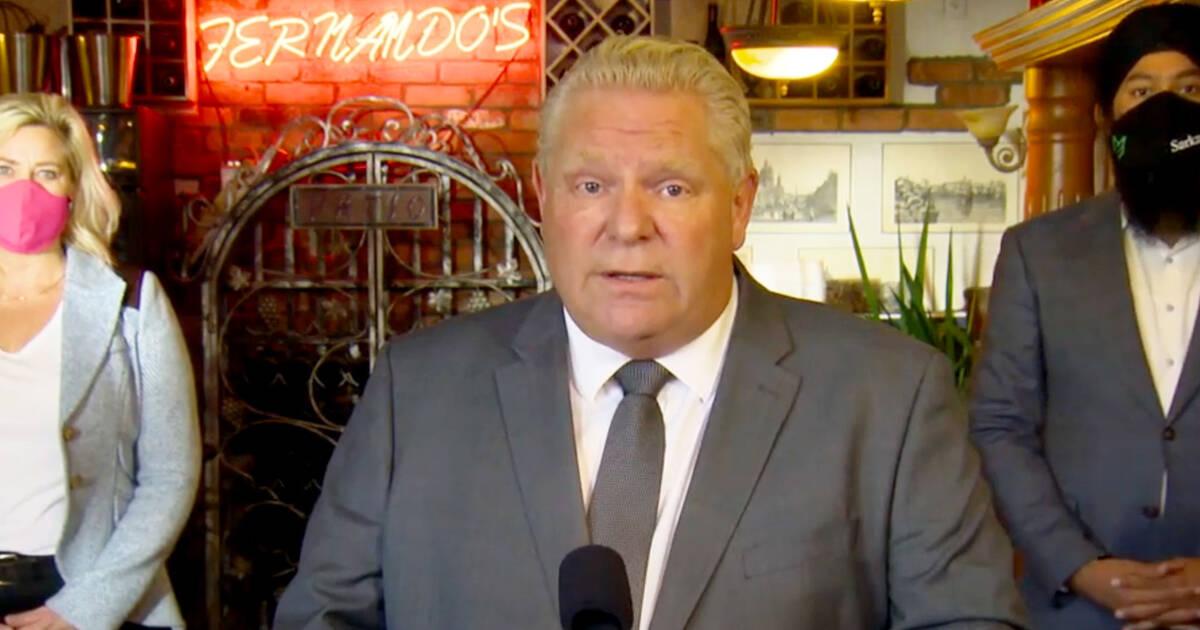 It's been three days since Toronto, Peel and Ottawa were relegated back to a version of Stage 2 lockdown under which gyms, movie theatres, casinos and museum exhibitions were closed down, and indoor service at bars and restaurants put on hold for at least 28 days.

And now, for all those elsewhere in Ontario who have been wagging their fingers at the three hotspot regions, Premier Doug Ford has indicated that extending the measures to other parts of the province is not out of the question right now.

"I always sit down with Chief Medical Officer Dr. Williams and the command table to get their input... I'm just praying that we don't have to expand this," Ford said at his media briefing on Tuesday, adding that it was painful to have to make the move to close down parts of the province last week.

Premier Doug Ford says he's "praying" that the government doesn't have to expand modified stage 2 to other jurisdictions -- especially the ones that border Toronto and Peel. #onpoli

Though he stated that there are no such plans for any additional regions firmed up at the moment, Ford vowed to continue to base future decisions about restrictions on the advice of the province's top health officials, as well as new case and hospitalization numbers.

"[We've got] to get our hands around the spike of 939 cases on Friday that we saw. We can't take anything for granted and we can't let our guard down," he told reporters today on the subject. "I'm always going to follow the command table's advice."

Though there is no set number for how many new cases per day in a region would qualify it to return to a more stringent version of pandemic lockdown, Ford said the public will be the first to know.

Health experts and residents of more rural parts of the province have been calling for tougher health and safety rules in Toronto for some weeks now, given that the populous urban centre has had the bulk of new cases during the second wave.

Has Ontario made public any specific thresholds for when a region will be moved from Stage 3 back to Stage 2? I've been googling and hunting around the province's website, and everything I can find is basically just "if the Chief Medical Officer of Health decides to"

The most recent epidemiologic summary from Public Health Ontario shows 746 new cases and nine additional deaths in the last 24 hours. A total of 624 more patients are also now considered resolved since yesterday, as are 85.2 per cent of all infections in the province.

Two hundred and thirty Ontarians remain hospitalized with the communicable disease, with 60 of them in the ICU and 34 requiring the use of a ventilator.

Testing, now by appointment only, remains fairly high at 31,233 — though below the mid-October target of 50,000 per day — and per cent positivity is very slowly starting to trend upwards again, albeit still hovering below 2.5 per cent.