Toronto gamers mourn the loss of an important community space 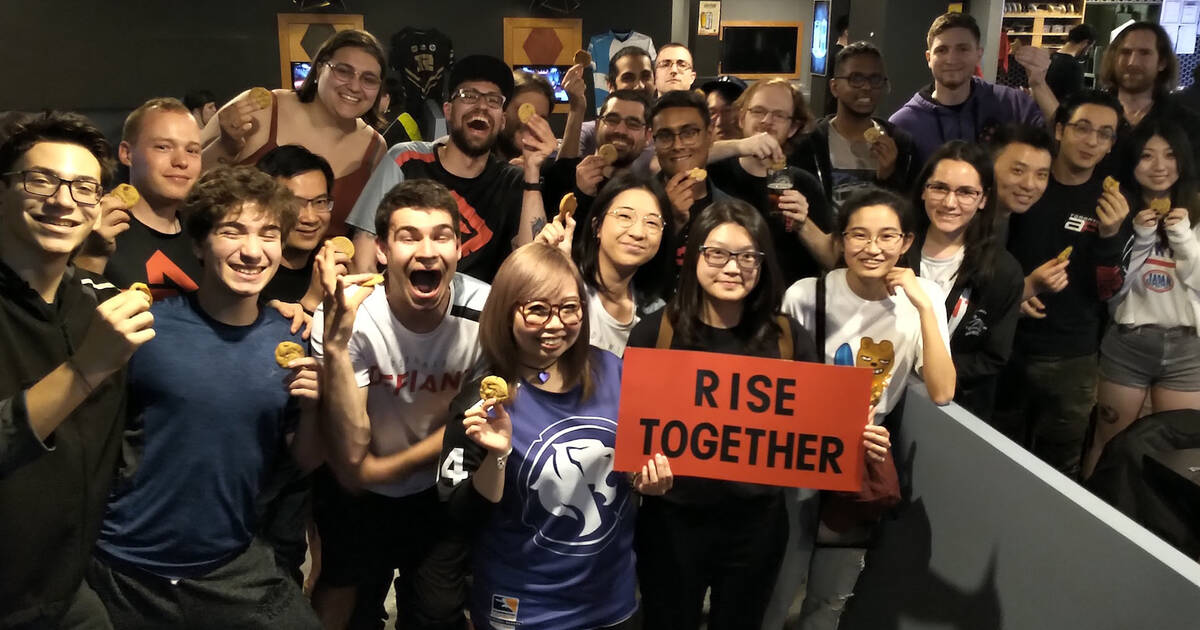 I've never really felt the need to be a recognized regular at a bar or restaurant. To riff off an old adage, I never wanted a place where "everybody knows my name."

But alas, The Hive became that place for me. And that's why I'm writing an obit for it.

When it opened as Raiders eSports Centre in 2016, before it was rebranded as The Hive, it was a basement gaming bar located a block west of Yonge and St. Clair.

What it became was a community centre — truly a hive for so many gamers with diverse backgrounds and interests.

BlogTO once called Raiders "an esports mullet," and I don't think this was wrong. Until the rebrand, the venue tried to be a polished pub with lots of wood and leather.

While "The Pit" in the back was the eSports equivalent of a skatepark — everything you needed to perform in one location, I remember sitting in a booth with a friend on our first outing, discussing how it felt like it was trying to be too polished to be a true gamer den.

After the rebrand, it became more of a communal basement living room with a bar — exactly where a lot of gamers feel most at home.

The @TheHiveEsports was our very first client in the esports space. Jane & Daniel treated @jmarcus45 and I like family and were pioneers in building the grassroots gaming community in Toronto. From beers to business meetings, The Hive will be missed.https://t.co/URlQINyUH0

Justin Baisden is the organizer of Fight For The 6ix,"  a regional fighting games qualifying tournament. Over Discord’s chat feature he tells me that even though he lives in Hamilton, a city with a great bar scene, it was always The Hive that he and friends ended up at.

When he first saw The Pit, he knew he needed to make it the arena for his events. He was happy when The Hive jumped at a chance to help out.

"I remember thinking to myself, wow! What a unique place. I mean, it just kept going! I needed to use it for my events and Daniel [co-owner of The Hive] and his team always made the effort to make me feel like they were working with me," he said.

"Even if it meant they had to send someone down to the bar at 8 a.m. in the morning to let players in and set up. I remember that happening once."

Last year, I became a fan and follower of Blizzard Entertainment's Overwatch League during their second major professional season, where teams adopted a city franchise mode. Toronto got a team called the Toronto Defiant, and I was looking for a group to celebrate eSports pride with.

In October of 2018, Ng had returned to Toronto from New York, where he started an official supporters' club out of a Lower East Side coffee shop that helped out in the community while giving fans a place to socialize.

He wanted to do the same in Toronto, as Baisden did with Fight For The 6ix. The Hive helped Ng's goal take off.

"They allowed me to come in and fully run the floor for every Toronto Defiant game," says Ng. "And it's the reason I was able to connect with so many people."

For Ng, losing The Hive is the same as losing a hub of genuine human connection in this city. It makes him sad because "every time we lose a place like this, it pushes us further away from the things that make the gaming space, or any cultural space, so wonderful. It pushes us away from one another."

Some of my best memories at The Hive involve Ng's Toronto AF meetups.

I would park myself on my favourite corner couch, Toronto Defiant jersey on, chicken tenders and beer in front of me, as we cheered the big plays and wins.

Inversely, this is where I leaned on the crew and ate cookies to absorb the sadness of missing the playoffs, again and again.

But The Hive brought together more than just eSports fans and competitors.

Liam Rollins, a manager of the space since it opened in 2016, watched the bar become a hive of activity for so many other groups in the Toronto gaming community.

At the time, he was a self-proclaimed "bro gamer" — not fully invested in the life and the community... but working in the community changed that.

"I'd play games on consoles occasionally, but my girlfriend was way more of what you’d call a 'hardcore gamer.' She was more involved in the community than I was, but I got going at The Hive," said Rollings. "And I learned so much about just how massive the gaming community is in Toronto, and how much people really care about it.”

Rollings has tended bar and organized events for big names like Ubisoft Toronto, as well as lesser-known entities like Pink City — a Toronto gamer-inspired apparel company that throws a mean block party and Twitch Toronto meetups, which are events that help streamers in Toronto grow audiences.

He says that the recently-shuttered venue taught him how seriously people take their gaming identity.

"I’ve worked in a lot of bars around the city that have a crowd, you know, a group of people who take pride in what a place means to them. The Hive became special — especially after the rebrand — because we had one of those identities for gamers," said Rollings.

"We were naming drinks and dishes after things that resonated. People felt passionate about who we were and what we did. They took it seriously."

To the staff and management of one of the most unique venues in Toronto.

Thank you all for all of those electronic nights.

Till we meet again.

Rollings organized a goodbye party for The Hive, held on September 20th. It stung a fair bit for him, because he had to do so with masking and distancing rules — everything short of checking temperatures at the door.

The bar even used the red solo cups, which Rollings feels bad about from an environmental standpoint, but it was all in the name of safety. He tells me over Discord that he thanks God they haven't had any positive test alerts yet, but wishes he could have done more for The Hive as a sendoff.

"Like I said before, The Hive was special. So we would have liked to give more back to the community that made it so. A three-day event with a DJ and a dancefloor like the Pink City parties and there would have been tournaments. We really would have tried to give back."

Rollings described the importance of The Hive to Toronto's gaming community better than I ever could, so I’ll let him have the last call and simply say thanks for the memories.

“Will we see a place like this again? Definitely not before COVID ends. In the next two years? It’s not likely. In the next five? Absolutely!" said the eSports bar's former manager.

by Luke Williams Parent via blogTO
Posted by Arun Augustin at 6:48 AM