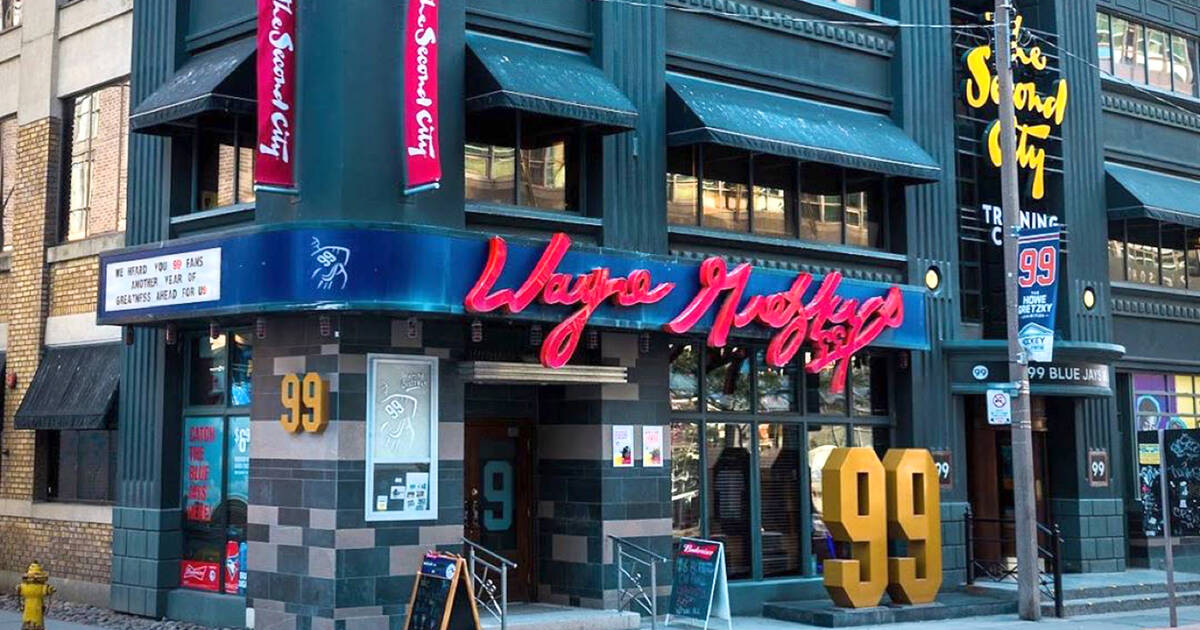 Wayne Gretzky's in Toronto has had a long, drawn-out goodbye, but they're not closing their doors for good before offering some great deals one last time.

We've known the restaurant and Second City are being replaced by condos for years now, but Wayne Gretzky's just announced they'll be making everything on their menu $5 until they close.

SURPRISE!!! Everything - yes EVERYTHING - on our menu is now $5. From now until we close our doors Thursday October 8th at 7pm (or while supplies last). Dine in Only. #TheFinalHorn

The $5 pricing is available for dine-in only and applies to all remaining menu items until doors close permanently at 7 p.m. on Oct. 8. Food options should include bar food favourites like perogies, cheesy artichoke dip, calamari, wings, fries, poutine, burgers, ribs and mac n' cheese.

"October 8 is a special day as it is Wayne’s father Walters birthday," says marketing manager Natalie Bitove. "We thought it was the perfect day to say goodbye to 99 Blue Jays Way."

The restaurant has been around in Toronto for 27 years.