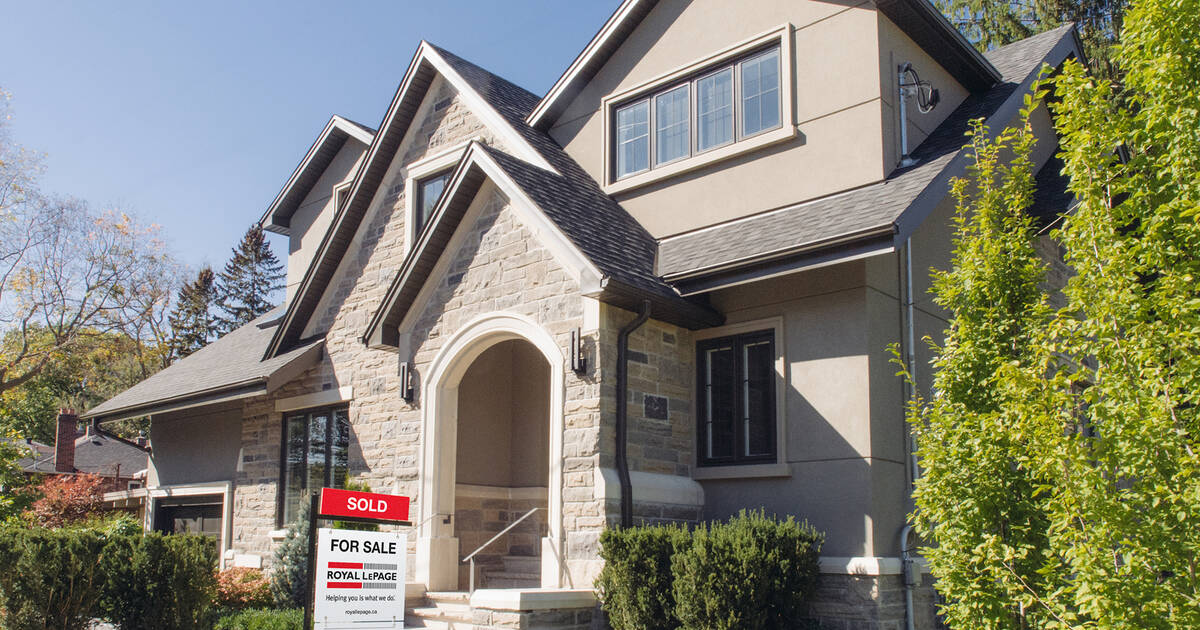 Demand for new detached homes is higher in Toronto right now than it has been in years, thanks in part to the impacts of COVID-19 on the ways in which we work, live and study.

What was once a market dominated by new condos is now one where sellers are struggling to offload their units in downtown highrises — more and more so as average rent prices plummet, turning "investment units" into vacant cash-sucks.

Single-family dwellings, on the other hand, have skyrocketed in value based on a lack of supply, and an uptick in competition among buyers looking for roomier homes with space to both work and grow.

House developers have clearly taken note of the trend, and they're working fast to take advantage of it.

New data released by the Canada Mortgage and Housing Corporation (CMHC) on Thursday shows that ground was broken on 654 new detached homes in Toronto throughout the month of September.

This marks a year-over-year increase rate of 98 per cent over the same time period last year, which saw only 330 starts.

"The standalone monthly SAAR of housing starts for all areas in Canada was 208,980 units in September, a decrease of 20.1% from 261,547 units in August," wrote the CMHC in a release announcing the findings.

And therein lies the rub: Multi-unit home starts are way down, but detached starts are actually up, especially in urban centres such as Toronto.

Construction on new multi-unit residences dropped 12 per cent in Toronto between September of 2019 and September of 2020, while detached properties had a SAAR start rate increase of nearly 100 per cent, according to CMHC.

It's important to keep in mind that there are still way more condos being built, and sold, than homes in Toronto right now — builders started construction on some 2,137 multi-dwelling residences last month alone.

Proportionately, however, we're starting to see a shift, and it makes sense: New detached homes have been selling like hotcakes around these parts since the pandemic hit.

The Building Industry and Land Development Association (BILD) reported last month that more new homes were sold across the GTA in August of 2020 than ever seen in the organization's 20-year history.

The Toronto Regional Real Estate Board (TRREB) reports that residential sales, on the whole, were up a whopping 42.3 per cent, year over year, in September, with "low-rise market segments" including detached and semi-detached houses driving growth.

Detached home sales in Toronto were up 28.1 per cent last month, according to TRREB, while condo sales were only up by 7.7 per cent.

As of September 2020, the average price for a detached home within the City of Toronto sits at $1,487,122, which begs the question: Where are all of these rich people coming from?