This is what it was like in Toronto during Prohibition 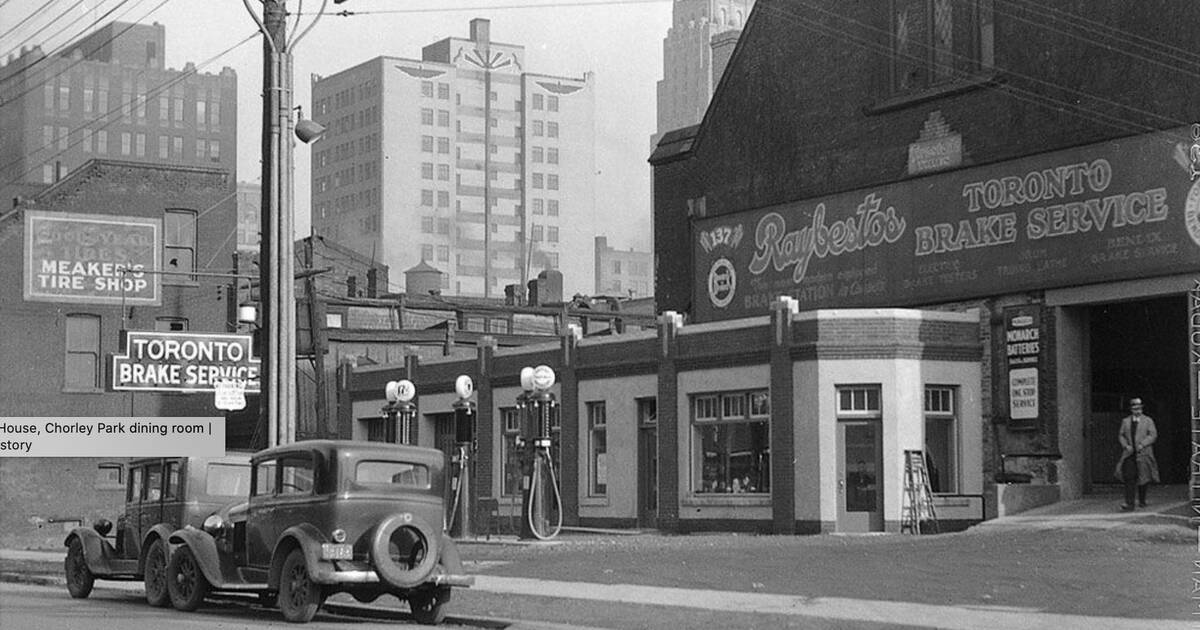 Today, it would be hard to imagine a scenario in which it was difficult to find and consume alcohol in the city, so long as we're talking pre-last call. But in the second decade of the twentieth century, Tory Toronto was almost as conservative as they come, and damn proud of it.

According to Randall White's Too Good to be True: Toronto in the 1920s, the Ontario Temperance Act passed in 1916, under the Conservative government of William Howard Hearst.

It prohibited the sale of booze in Ontario, with the exception of "medicinal, mechanical and sacramental purposes" (sound familiar?). 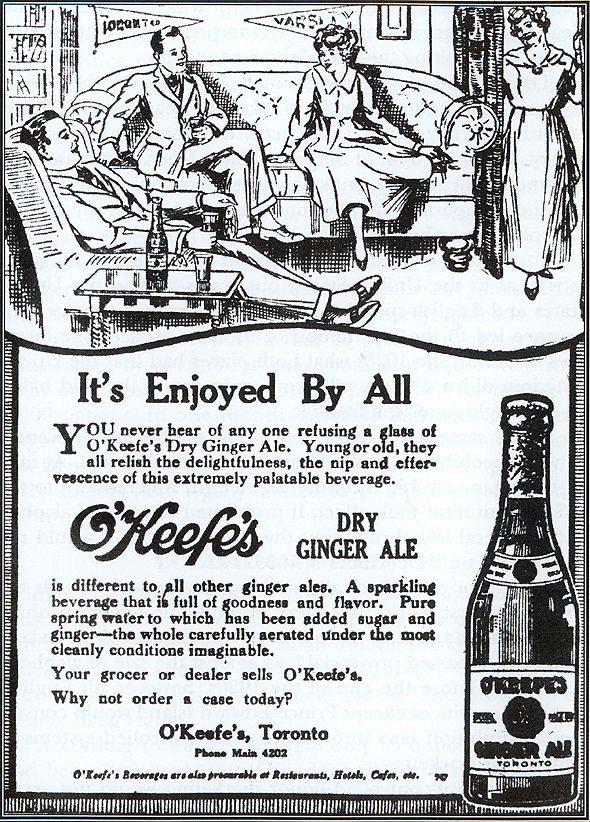 At the time of the enactment into law, it wasn't entirely clear whether the OTA would remain in place after the ending of the Great War, When a provincial referendum was held following the 1919 provincial elections, however, the majority of Ontario voters were still in favour of prohibiting the sale of the "demon rum" and other liquors.

The new law was reflective of the larger social trends that were taking place in North America.

The temperance movement was quite successful in Great Britain and the United States, and ensured the passing of laws that made the practice of selling alcohol illegal.

One of the most active temperance groups was the Women's Christian Temperance Union, which had a local branch located at Gerrard West and Victoria Streets. 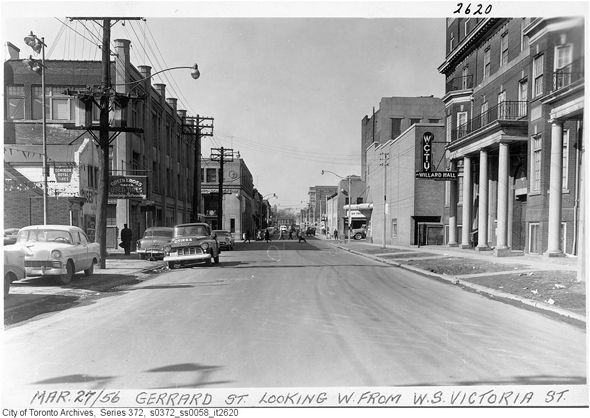 In the United States, the sale of alcohol was prohibited under the federal law, while in Canada it varied from province to province.

There was a short-lived federal ban during the "emergency period" near the end of World War I that applied to all of Canada. By 1916, every province had enacted legislation against it, with the exception of Quebec.

However, the OTA did not prohibit the practice of buying alcoholic beverages. When the brief federal prohibition was lifted, permanently sober and thirsty Torontonians were able to legally order cases of their favourite alcoholic indulgence from Montreal. 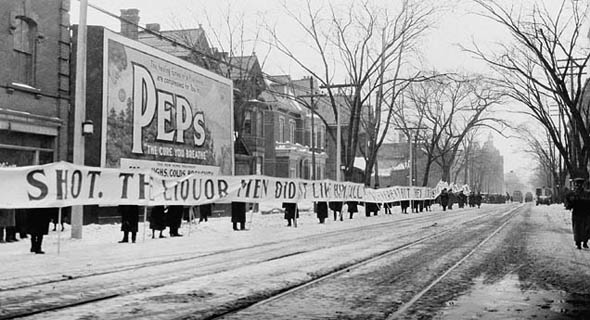 This practice soon met with criticism from temperance activists. Indeed, it seems that the OTA had no teeth, as it failed to dissuade Torontonians from drinking, although it directly contributed to the profits of opportunistic merchants in Montreal.

As a result, another referendum was held on April 18, 1921. This time, the voters were faced with the question, "Shall the importation and the bringing of intoxicating liquors into the province be forbidden?

Most of them voted in favour of the ban on the import of alcohol in Ontario, although by that time, most Torontonians opposed it. 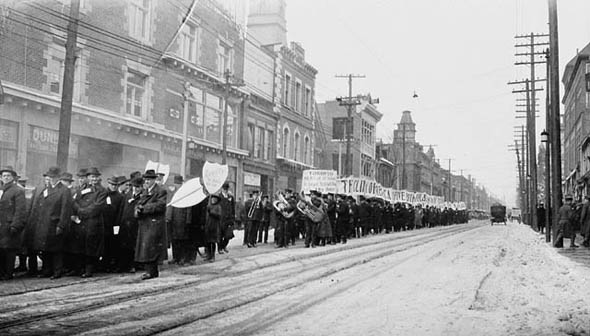 One of the exceptions under the OTA allowed for the sale of alcohol when prescribed by a doctor to his or her patient.

Thus, many drinkers started to experience reoccurring infirmities of various sorts that could only be cured with alcohol. Their "plight" inspired sympathy in many doctors, who were glad to treat their patients with alcohol sold in pharmacies in quart bottles.

In 1920, it was found that ninety percent of the prescriptions for medicinal alcohol weren't medically warranted. It was also alleged that one doctor "treated" two thousand patients in one month, while another saw 487 patients in one day.

A year later, doctors were legally bound to issue such prescription no more than forty times a month. Despite increasing legal measures seeking to control the sale and the consumption of liquor, Torontonians remained faithfully persistent in their efforts of obtaining alcohol.

Can you blame them?

by Agatha Barc via blogTO
Posted by Arun Augustin at 10:48 AM