This is what Toronto looked like in the 1870s 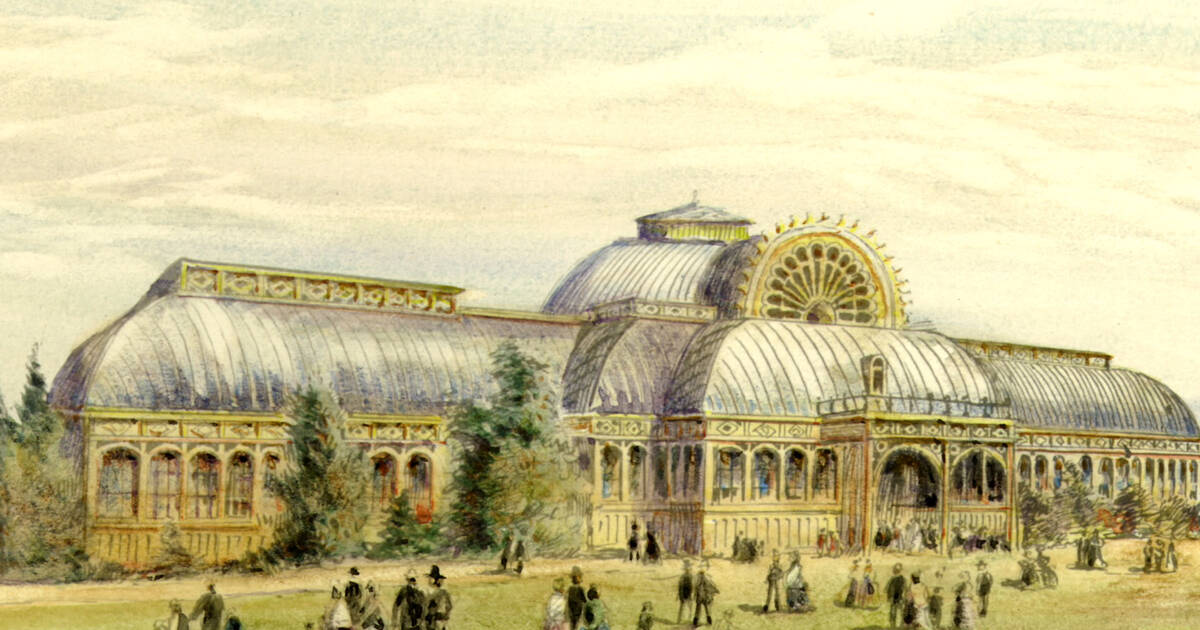 Toronto of the 1870s is a surprisingly well documented decade.

Thanks in large part to the photography firm of Notman & Fraser, much of the city's business district - which was then located to the east of Yonge Street - was captured in a series of 1872 photographs called "The Commercial Houses of Toronto." 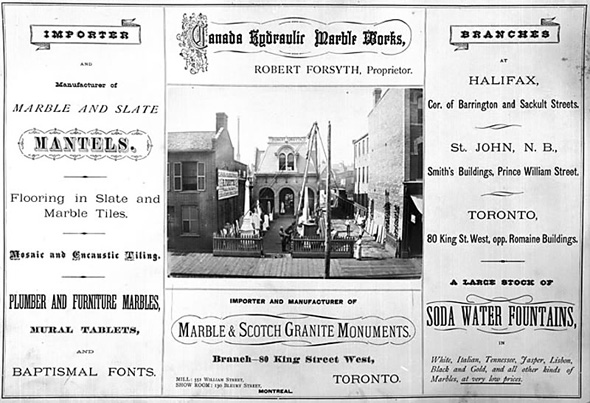 Consisting of 34 images, this collection is quite the reminder of our town's rather humble roots. 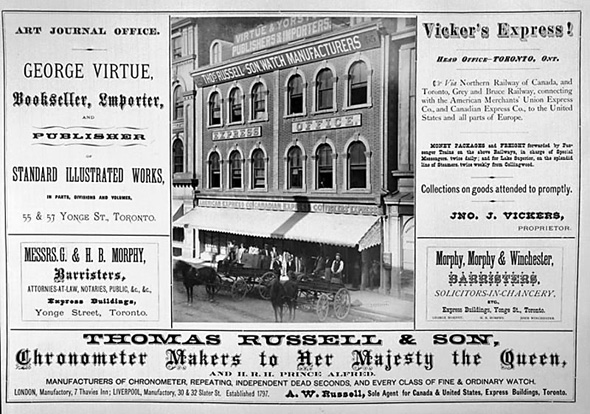 Perhaps equally as important from an archival standpoint is a Bird's Eye Map from the decade (specific date unknown).

It offers the ability to rather quickly pick out some of the structures that remain in the city to this day, including Knox and University College, St. Michael's Cathedral and the Metropolitan Church, Osgoode Hall, and what is now known as the Distillery District. 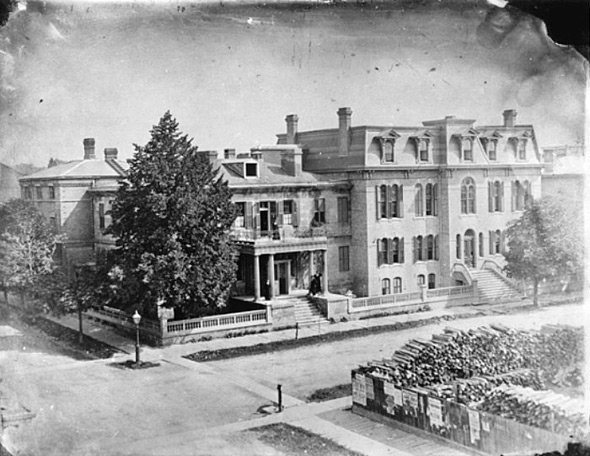 The Bank of Upper Canada.

Particularly interesting in the case of the latter is the explanation the map offers as to why the "Stone Distillery Complex" sits on an angle in relation to the other buildings: it originally hugged the shoreline of Lake Ontario. 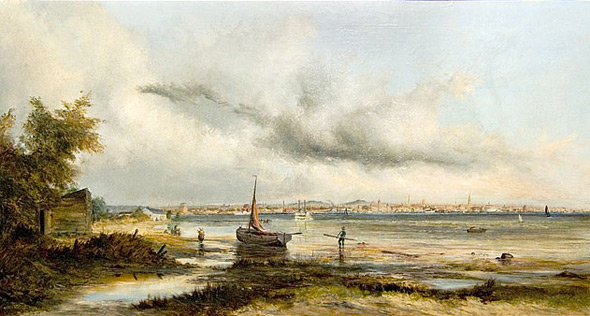 I tend to find little discoveries like this fascinating, and there's even more to be had when looking at this detailed map. 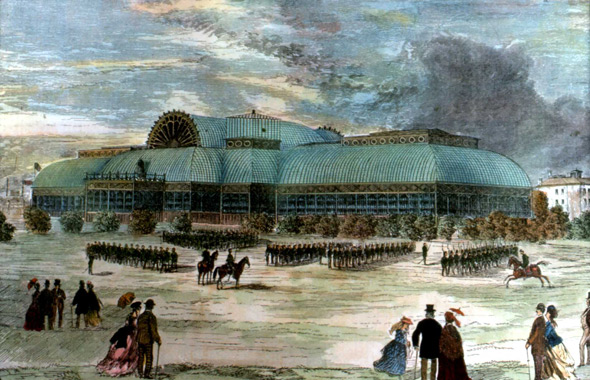 Case in point: if you've ever wondered just how prominent the Garrison Creek/Ravine was, this'll give you a good indication. It's even possible to spot a bridge over the now buried river (note: the Crawford Street Bridge was not built until 1915). 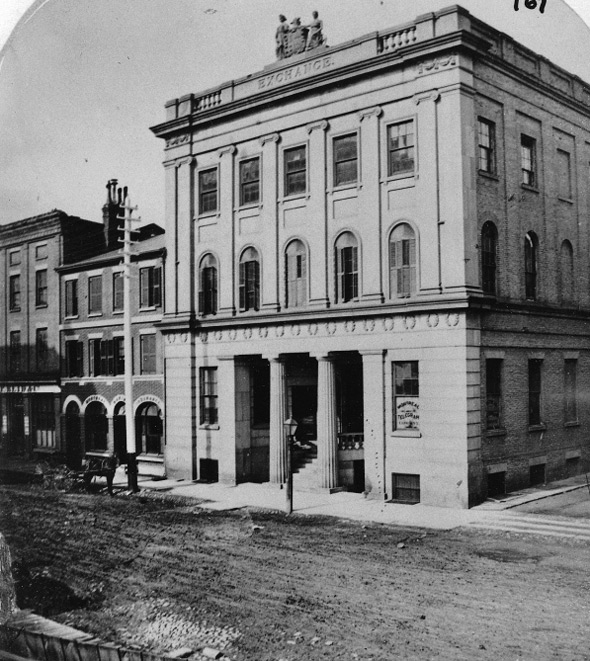 The Bird's Eye Map does, of course, also allow you to take a look at some of the structures that have been lost over the years. 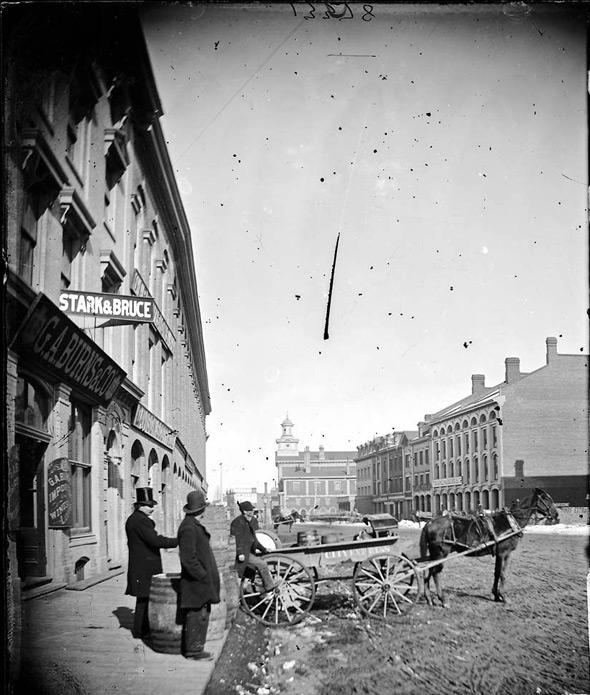 I think in particular here of the Provincial Lunatic Asylum, Trinity College, Old Union Station and the Andrew Mercer Reformatory for Women (although the list could go on). 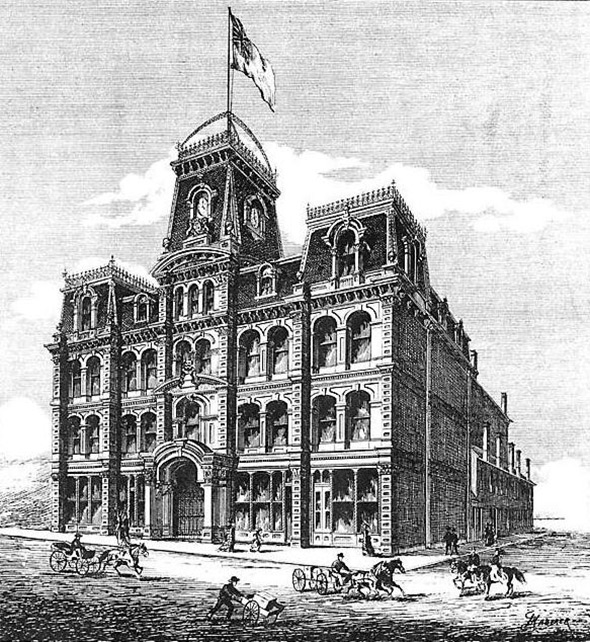 The (then) New Grand Opera House. 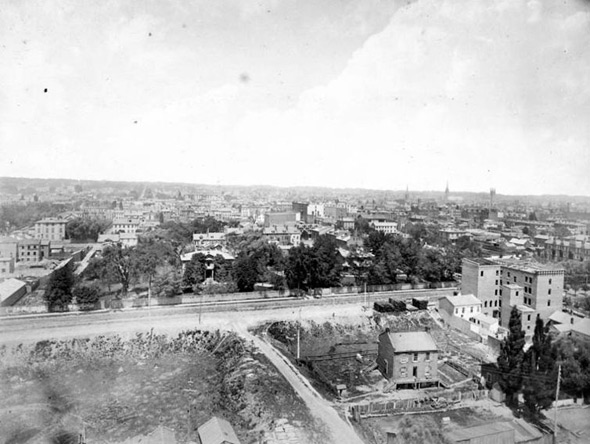 Well, the streets were indeed muddy, horse-drawn streetcars were in short supply but common enough, and electric lamps and telephone poles were yet to be a feature on city streets. 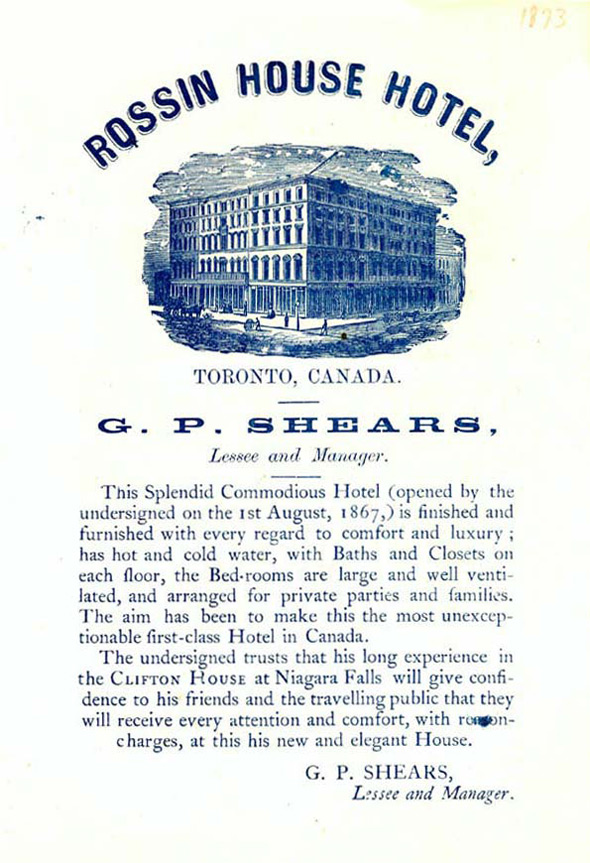 A promotional pamphlet for the Rossin House Hotel.

Toronto's population was primarily Protestant (70 per cent or so), the Nine Hour Movement took place (to cut an hour off each day of the work week), and St. James Cathedral was the tallest building on the skyline.

Here is a selection of additional images from the fascinating collection of Notman & Fraser's Commerical Houses of Toronto. 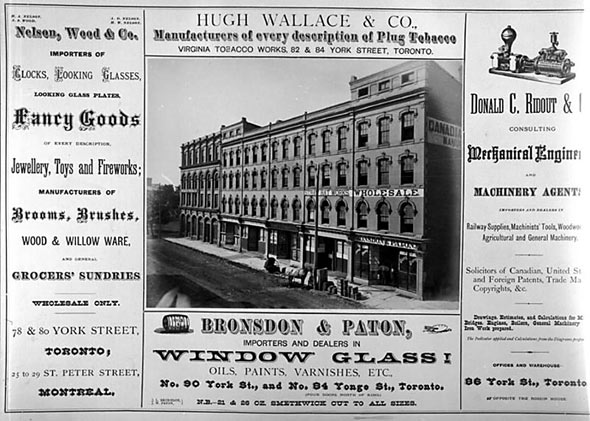 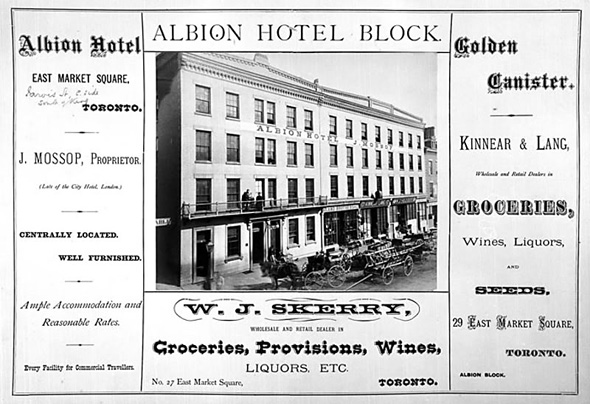 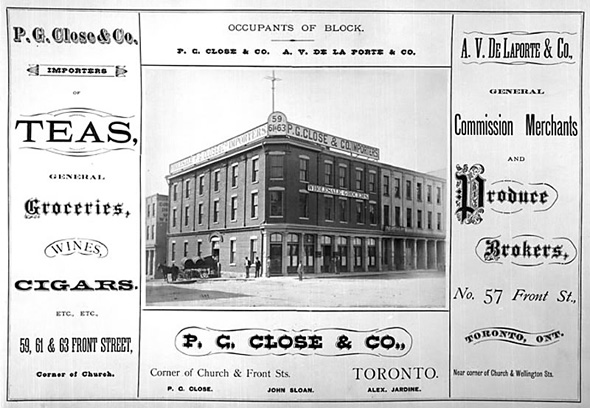 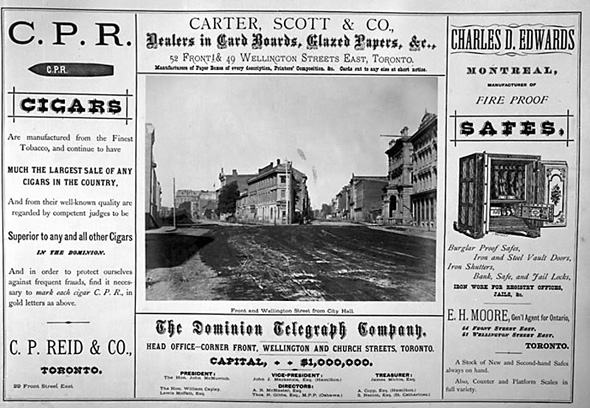 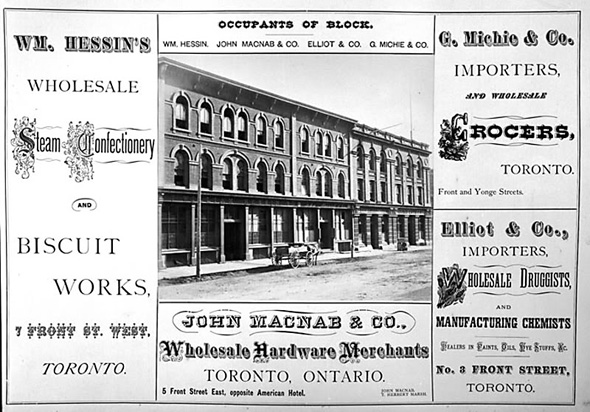 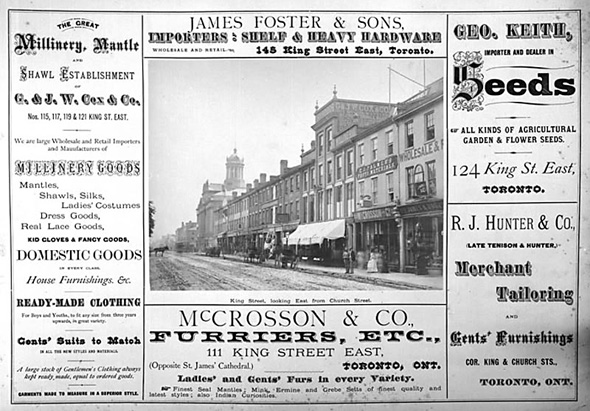 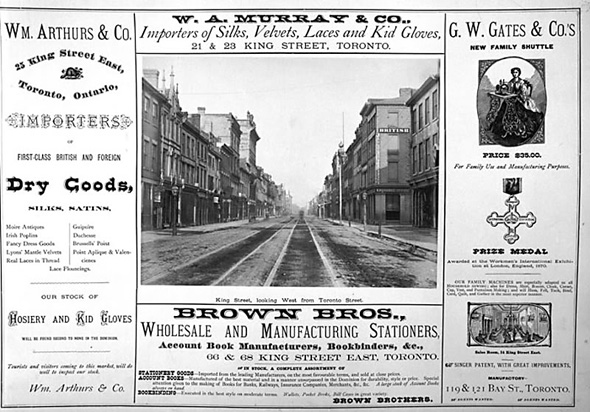 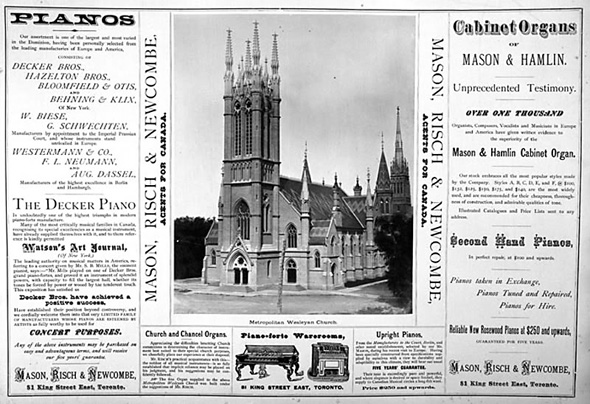 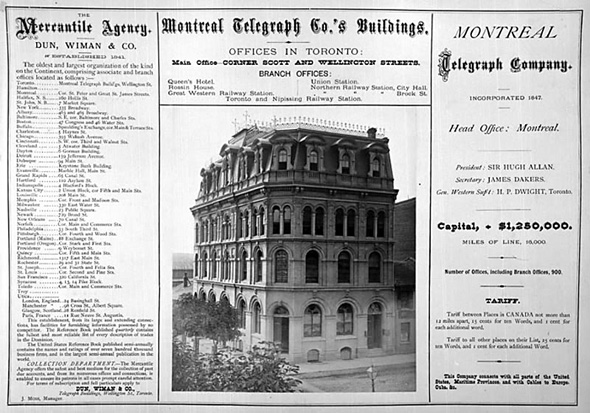 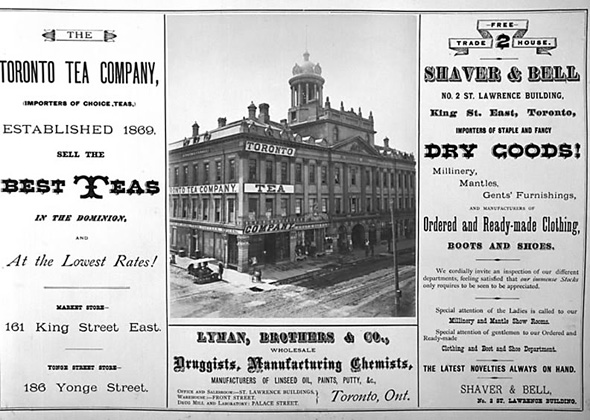 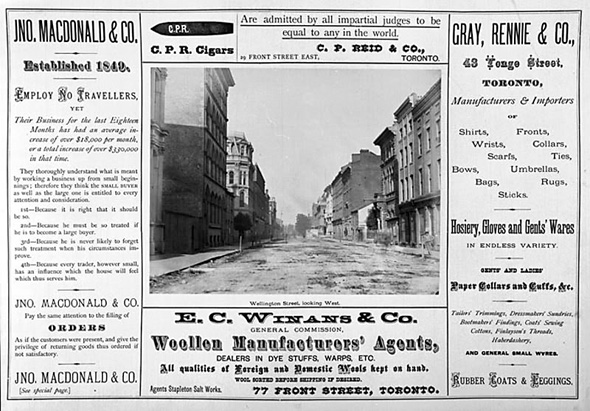 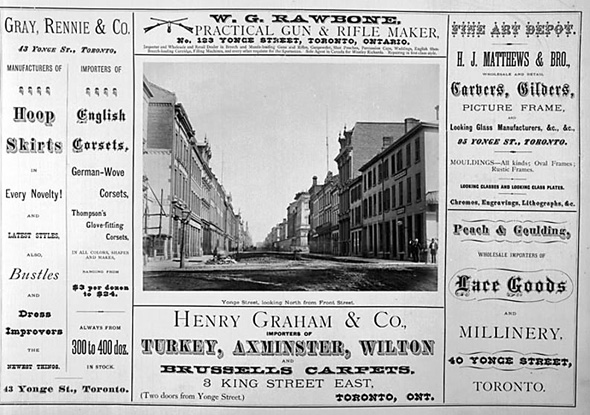 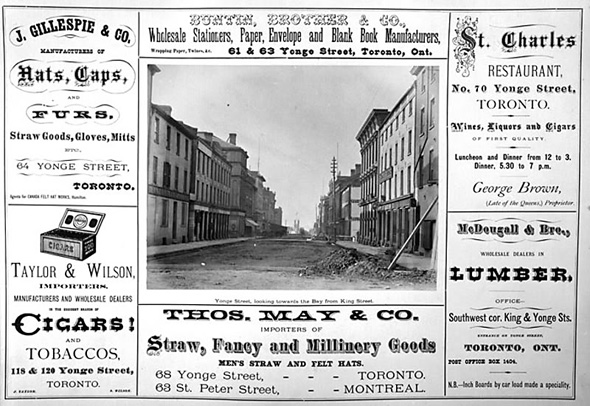