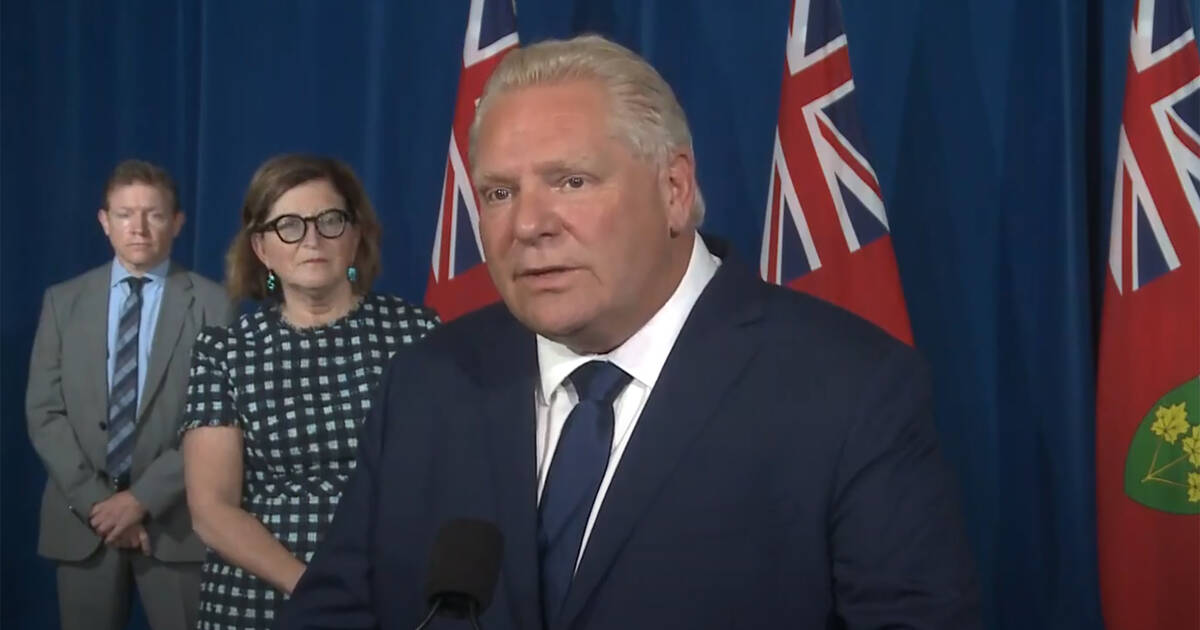 You can be with up to 75 strangers inside a Toronto restaurant this Thanksgiving, but don't invite anyone over for dinner. Scratch that, you can invite ten people over for dinner. Nevermind, you can only hang out with those you live with? I think?

Chief among the confused appears to be Premier Doug Ford, who during the same press conference today told reporters that nobody should have more than ten guests at their home this Thanksgiving, but also that celebrations should be kept strictly within our own households.

Turkey dinner for one. Table for six. Slot machines w/ fifty friends. One hundred in da club but not after midnight. No more parks, but protests are still okay. Incoming flights from everywhere. Maybe get a test, maybe not. Stay home, but use your judgement. WHY ARE YOU CONFUSED?

Toronto Public Health is advising the latter, for the record, and in no uncertain terms: "Please, do not hold a big Thanksgiving dinner. Please limit your thanksgiving dinner to the people you live with," said the city's medical officer of health, Dr. Eileen de Villa, during a press conference on Monday.

Ford, for his part, asked Ontarians on Monday to use their best judgement when planning for Thanksgiving. On Tuesday, he seemed exasperated when asked for clarification.

"The rules are very clear: 10 indoors, 25 outdoors. I would really, really discourage people from having 25 people, even if it's outdoors. Stick within 10 people."

"So that’s about as clear as I can be on that. So there shouldn’t be any confusion." pic.twitter.com/XOvxlJJXHN

Ford continued on to share his own plans for Thanksgiving.

"When it comes to having everyone over, your aunts and uncles… you know, hang off on the hugging' and kissing' and everything else," advised the premier.

And yet, a few minutes later, he told everyone to "stick within your household."

So which is it? Eat only with the people you live with, unless you're at a restaurant, in which case you can dine with a group of six? Hang out with ten relatives but refrain from kissing them?

This was a low-key debacle, but I'm much more worried that the Premier of Ontario said, today, that we are flattening the curve. https://t.co/13mfQbxlSQ

Ford clarified his comments not long after the press conference on Twitter, writing:

"This year, Ontarians should celebrate Thanksgiving with members of their household only. I just spoke with my wife Karla and we'll follow the same advice as we stick to our immediate household for Thanksgiving dinner."

Immediate household for Thanksgiving dinner, 75 strangers (100 outside of Toronto!) at the bar. Makes sense.