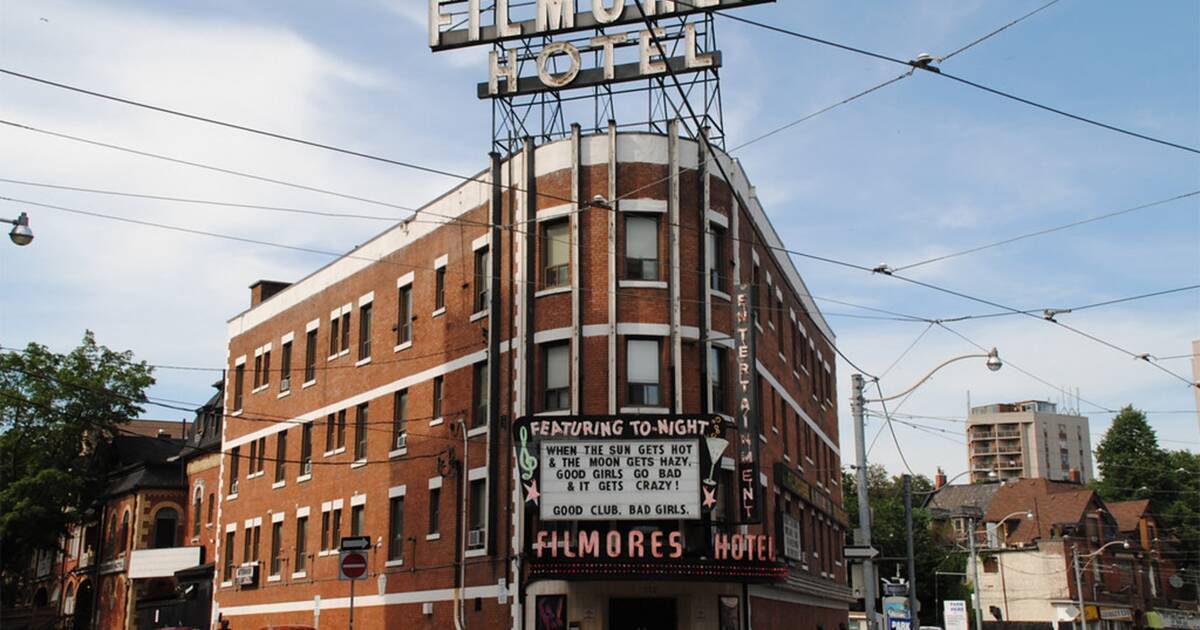 It's been nearly two weeks since the Ontario government decided to shut down all strip clubs across the province amid a resurgence in cases of COVID-19, and Torontonians in the industry say it's simply unfair that it's the only type of business in the hospitality sector that has been forced to close.

But Howard Adams, president and owner of Filmores in Toronto, told blogTO he still doesn't understand the rationale behind this measure.

"It's extremely frustrating," said Adams, who explained that he's reached out to every level of government to try and get some sort of explanation for the closure but has yet to receive a concrete response.

"Until I know the rationale and the reasons, I don't know if it's reasonable. But I don't think it is."

Shutting down strip clubs and simultaneously laying off all entertainers who the average person is not fighting for during this time of uncertainty won’t flatten the curve. It may fan the flames of misogyny though.

The province's decision to close strip clubs province-wide came after two outbreaks were reported at clubs in Toronto: one at Brass Rail and another at Club Paradise.

In the case of Club Paradise, six employees and one customer tested positive for COVID-19, prompting the club to announce a two-week-long shutdown.

It's worth noting that Paradise was also found, during two separate inspections by Toronto Public Health on Aug. 20 and Sept. 5, to "be in compliance with all reopening protocols."

At Brass Rail, on the other hand, where one patron tested positive and hundreds may have been exposed, it was discovered by TPH that many customers had provided fake names or phone numbers to the club, making contact tracing impossibly difficult.

But Adams said if the main issue truly was contact tracing, this is something that could have easily been addressed and fixed while allowing clubs to stay open, and he also pointed out that there have since been far more outbreaks related to bars and restaurants and yet Ford refuses to shut them down.

Adams added that under the province's reopening regulations, lap dances have not been allowed at strip clubs and the establishments have therefore been operating in the exact same way as bars with performers.

"I don't understand the difference between me and a bar with a musician on stage," he said. "Is it lifestyle profiling? A moral issue?"

Strip club dancers in Toronto have also spoken out about the seemingly double standard in recent days, with some even gathering for a rally at Queen's Park this past weekend to protest the closures.

The amount of support for this issue has been overwhelming. So impressed with humanity right now! There will be a gathering this weekend at Queens Park to protest the closures of Ontario Strip Clubs. @TorontoStar #toronto #stripclubs #retweet #UnitedWeStand #Ontario #empowered pic.twitter.com/gyjSu07JmV

And in an opinion piece in the Toronto Star, dancer Barbara Sarpong said the Ontario government has dehumanized sex workers such as herself.

"In this time of a pandemic — when we're all doing our best to stay afloat — bars can remain open, casinos can reopen, but sex work continues to be mocked. As fellow dancer Nicki Rampage said, 'We just want to keep our regulated safe work environment. We are happy to continue with mask wearing, all the safety precautions, and the new curfew. We just don't want the industry to be singled out and shut down,'" she wrote.

"If those other establishments are allowed to open, why aren't we able to continue working?"

Toronto Mayor John Tory has also been critcized for his comments relating to the strip club outbreaks, including during one press briefing when he said he felt bad for all the men that had to go home and tell their wives where they were when they were potentially exposed to the virus.

There are *thousands* of people employed in Toronto strip clubs now out of work.

When the public mocks club closures (taking a note from our political leaders like Mayor @JohnTory) they forget that strippers are *workers* who deserve safety and dignity on the job! https://t.co/GQpuFYgdYx

According to Adams, these comments were out of touch and not at all reflective of what strip clubs are like in 2020.

"In the 21st century, our customer base is much broader than guys that just want to take a look at a beautiful woman other than the one they're involved with," he said.

"We draw women, we draw couples, we draw the LGBTQ community, and we draw guys. I don't think these guys know that the sexual revolution is over and we won. People enjoy this type of entertainment. It's a great escape and there's nothing wrong with it."