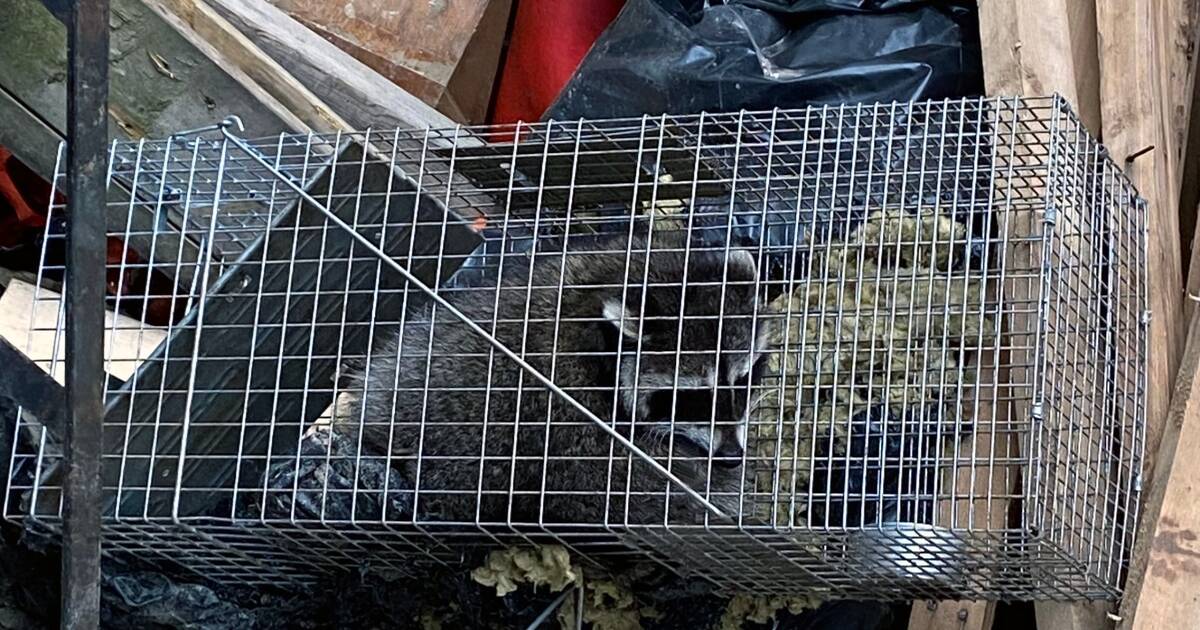 If you live in Toronto, chances are you have a soft spot for the adorable, chunky trash pandas that have basically become the city's mascots over the years.

Even so, it can be undoubtedly challenging to deal with a pesky raccoon that seems determined to eat all your garabage or the vegetables in your garden, but it's important to know that attempting to trap and relocate the animal simply isn't the answer.

"Contrary to popular belief, live-trapping a raccoon and relocating it is not a good way to solve the problem," says the Toronto Wildlife Centre.

"While trapping may seem like a humane option, it often ends in a death sentence for the animal and leaves your property vulnerable to ongoing wildlife conflicts."

Trapping and relocating wildlife is never recommended. This #raccoon was found among debris from a building renovation, thankfully unharmed - he would've suffered without help. Find out how to wildlife-proof your home and humane ways to get them to leave: https://t.co/idG7HCuquP pic.twitter.com/3qCi64DH2D

There are several reasons why trapping and moving a raccoon to a brand new place can endanger its life and worsen the issue, according to TWC, and the first has to do with how well they know the area.

While it may seem like a good idea to bring a raccoon to a more remote, natural area such as a ravine, park, or forest, in reality these animals all have specific home ranges where they are adapted to living.

The range, which usually encompasses about three blocks, is the area in which the raccoon has already learned to find food, shelter and safety.

"A raccoon that's spent its whole life living in a garden shed and foraging in green bins isn't going to stand a chance suddenly transported to a conservation area," says TWC.

"Not to mention that there are probably already raccoons living in the new territory who won't be too happy about having a new neighbor."

The whole process can also be quite stressful for an animal, and TWC says raccoons that have been relocated almost never live more than a couple months in their new environment.

Another reason to find a solution other than trapping and relocating a raccoon is that there may be babies involved.

The centre notes that the majority of raccoon conflicts transpire in the spring or summer, which is exactly when mother raccoons search for extra food and shelter for their offspring.

When a resident unknowingly moves a mother away from her babies, they are left dependent and alone — which inevitably and tragically means they'll die.

TWC says they receive hundreds of calls each year about baby raccoons that have been "orphaned" because someone trapped and relocated a nuisance raccoon, but they often don't have the resources to care for all of them.

Attempting to move a mother raccoon with her babies isn't a good solution either, says TWC, because the mother will often abandon her babies when faced with the stress of being in unfamiliar territory with no way to find food or shelter.

Supporting #BackyardBiodiversity (a campaign run in partnership with @leaf and @opg) means rethinking live trapping as a solution. Instead, we must keep our wild neighbours safe and implement preventative measures around our homes to encourage them to seek shelter elsewhere.

In reality, TWC says the best way to deal with a raccoon issue is to look at the individual situation and find a solution.

The centre adds that short-term solutions often don't work and can even sometimes result in a worsened situation, since raccoons are known to have larger litters in areas where there has been a lot of trapping in previous years as there is still plenty of food and shelter.

"There are no empty spaces in nature. If you get rid of one raccoon, it won't be long until another animal finds that cozy den in your roof or delicious meal in your garden," says TWC.

"More likely, you will do a lot of unnecessary work or pay a lot of money to an animal removal company with no long term results."

Instead, anyone struggling with a raccoon isue can visit TWC's website, where a helpful list of conflict resolutions for every kind of raccoon problem can be found.