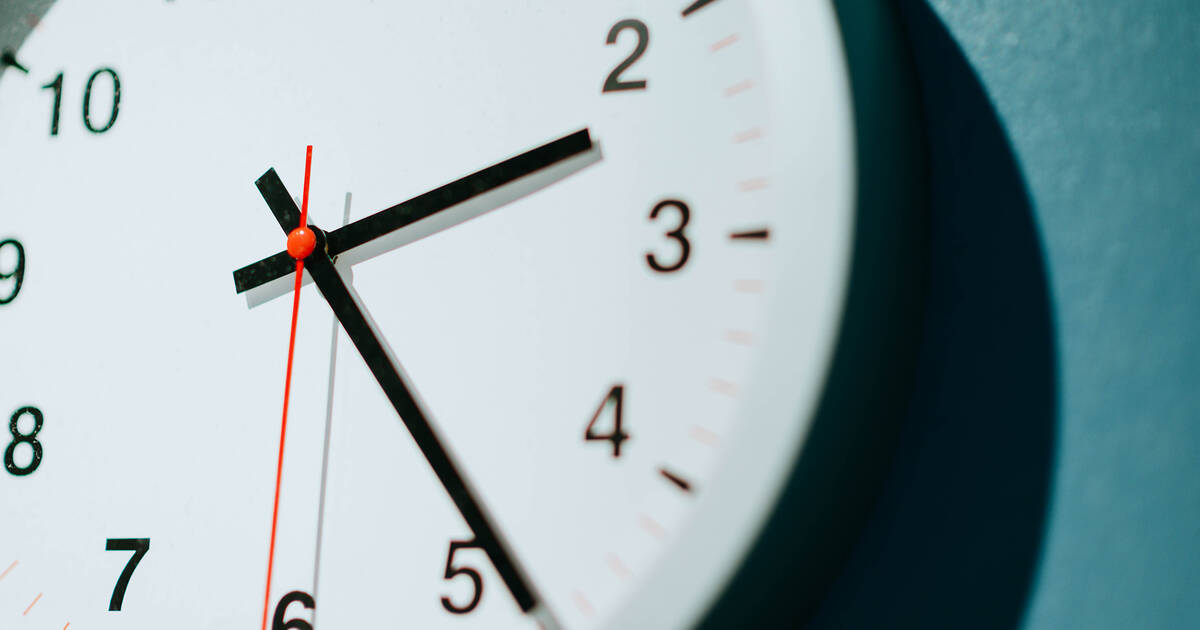 Ontario may finally be ready to "lock the clock," as several U.S. senators have suggested in recent months, putting an end to the bi-annual time shift everyone I've ever met truly dreads.

A private members bill tabled at the Ontario legislature this week effectively paves the way for officials to end the practice of setting clocks ahead by one hour each spring, and then setting them back by one hour each fall, and then doing it all again on an endless, hellish loop of scheduled mass disorientation.

Called Bill 214, Time Amendment Act, the passing of this legislation wouldn't eliminate late summer sunsets. Rather, it would keep us on Daylight Saving Time permanently.

DST (which we're in right now) would become the new Standard Time: No more "springing forward" or "falling back" — just a consistent, 24-hour clock for our circadian rhythms to sync with.

#BREAKING - A private members bill has been tabled that would pave the way to end the bi-annual clock changes, moving Ontario permanently to daylight time. I’m told it has government support. Change would not happen until Quebec and New York State past similar legislation. pic.twitter.com/6AqtuyOuke

Radical as the idea of ditching a more than 110-year-old system may seem, the possibility of Ontario moving permanently to Daylight Saving Time is a real one.

The bill, tabled by Ottawa West-Nepean MPP Jeremy Roberts, is said by 680 News to "have government support" and has already passed both a first and second reading at Queen's Park.

If passed, the bill would give Ontario's Attorney General power to move the province permanently into DST — but only in coordination with neighbouring jurisdictions New York and Quebec.

"Academic studies from across the world have suggested that bi-annual clock changes can cause serious negative effects, such as increased depression rates, heart attacks, strokes and high numbers of fatal collisions," reads a release from Roberts announcing the bill.

It would also mean no more demoralizing 4:30 p.m. sunsets.

Can I please speak to the manager of Daylight Saving Time? The absolute last thing we need right now is total darkness at 4:30pm.

"I see this as an important first step towards fulfilling the public’s overwhelming desire to end this out-of-date practice," says Roberts of the bill.

"I believe that by showing leadership in taking this step, Ontario can encourage our counterparts in Quebec and New York State to take similar action so that, together, we can put this issue to bed, and all be better rested for it."

Ironically, it was a small city in Ontario — Port Arthur — that was first in the world to adopt the Daylight Saving Time clock switch system in 1908.

If Ontario started this horrible thing, Ontario can end it. Can't we? Can't we finally, please just end it?