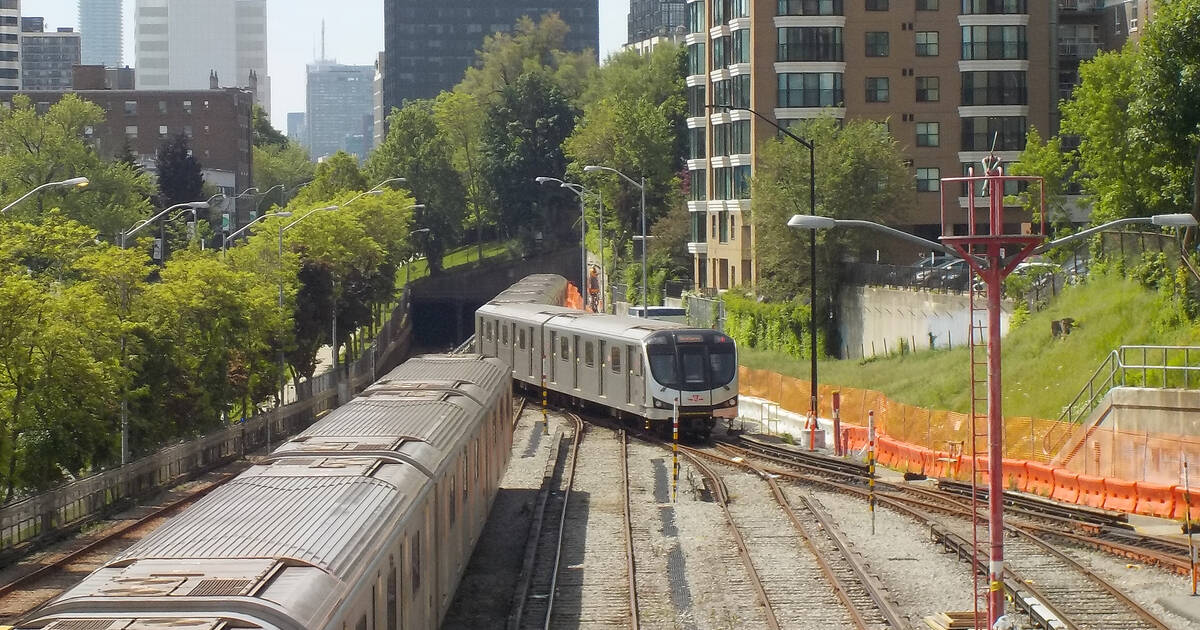 As the contentious Ontario Line subway comes closer and closer to fruition, tensions are escalating for Toronto residents who worry about the impact the transit project will have on their neighbourhoods.

With portions of the 15-stop, 15.5 km-long line slated to be built above ground to cut costs to taxpayers, there are concerns about noise pollution, obstructed views, and delays to forthcoming affordable housing initiatives, among other things.

There are also fears that parts of the city will lose valuable public spaces, such as Jimmie Simpson Park and community centre, and that some people may even lose their businesses or homes if they end up in the path of the final route.

This last point is something that many are up in arms about this week after Metrolinx allegedly started sending out what appeared, at first glance, to be expropriation notices.

EXPROPRIATIONS DURING COVID! @AMAwithAMA you said Friday expropriation for the Ontario Line was a “backstop,” but @Metrolinx is serving notices to folks RIGHT NOW. You want us to trust you, but how? Be transparent! Share your plan! @BenSpurr @moore_oliver @blogTO @CityNews

In Ontario, expropriation makes it possible for the government to force home or business owners to sell their properties by a certain date for the benefit of the community, like in the case of new roads and transportation lines.

It can often be avoided by simply offering residents fair market value for their land, taking the "force" facet out of the equation.

Though work on the subway is still years away from commencing, some owners in the areas where it is slated to go above ground — near the Exhibition stop, spanning three stops from before the East Harbour area to Gerrard East, and three more stops from just south of the DVP in East York to the Science Centre — are claiming to have received notices of potential future expropriation already.

Community groups East End Transit Alliance (EETA) and Pape Area Concerned Citizens for Transit (PACCT) are among those who have taken to social media to speak out about the alleged communications.

This is not a notice of expropriation, but it's possibly worse than that. Letting a homeowner know that their house is being targeted for expropriation is a HUGE amount of uncertainty and stress put on the residents. They can't sell. They can't move. They know a clock is ticking pic.twitter.com/Q2geRBJMER

But, Metrolinx assured users that the only things it has sent out to locals as of yet are informational letters to "owners of properties that may be impacted" in order to "invite them to reach out to us with any questions."

"Our hope is to negotiate directly with owners for any properties that are needed with the aim of reaching mutually beneficial agreements that provide them with fair market value," the transit agency added on Twitter on Tuesday, infering that there may indeed be expropriations at some point in the future.

Our hope is to negotiate directly with owners for any properties that are needed with the aim of reaching mutually beneficial agreements that provide them with fair market value. 2/2 ^fs

Though Metrolinx spokesperson Anne Marie Aikins says that this type of expropriation is sometimes necessary for infrastructure projects, it is often the case that people's property is only impacted during the building phase — and minorly.

"Often transit project construction only temporarily requires part of a yard or parking lot," she says.

She added that no expropriation of any type has actually been initiated yet, telling blogTO that though letters were recently issued to residents in some neighbourhoods, they were only "to make initial contact with property owners to ensure they are aware of the project and the potential implications it may have on their properties, and to connect them to people who can answer any questions they may have in the interim."

Letters went to anyone along line so residents & businesses are fully aware their property could be impacted (in 2024) to keep them informed but we’ve not initiated expropriation. This is a difficult time for everyone with no immediate end in sight. We get that.

Even with this being the case, the aforementioned organizations are expressly frustrated with how the provincial government and Metrolinx are proceeding with the line in general, and with the timing of these notices, which were apparently hand delivered on Monday.

"Notice of intent/whatever you call it, scares the shit out of people and introduces totally unnecessary uncertainty about housing and their economic futures into their lives, IN A PANDEMIC, (during which the provincial government froze evictions)" EETA wrote back at Metrolinx.

"Pair this letter with Metrolinx's inflexibility for the bridge's location and the map of the tunnel's location in specific lots and this is, effectively, a notice of expropriation. Not sure what else you call it unless Mlinx wants to look at alternate routes," PACCT added.

Aikins says that Metrolinx has reached out to both organizations to offer to meet with them and discuss their pain points, as consultation with the community is an integral part of the planning process for any large-scale project like this.

In our other transit projects expropriation was often not necessary as we negotiated to buy any necessary land or easements at fair market price. That’s a starting place. We have learned that early & often communication is important.

The $11 billion line, due to be completed in 2027 COVID-19 delays notwithstanding, was green lit by Mayor John Tory and the City back in Oct. 2019, and has been the talk among residents ever since, given the obvious benefits it will provide and how it will transform the city.

Reactions have been divided, to say the least, with a lot of pushback from community groups.

Public meetings both in-person and now online have been held throughout the process, but have left some with more questions than answers about the details of the project and its potential adverse affects.