The history of Lee's Palace in Toronto 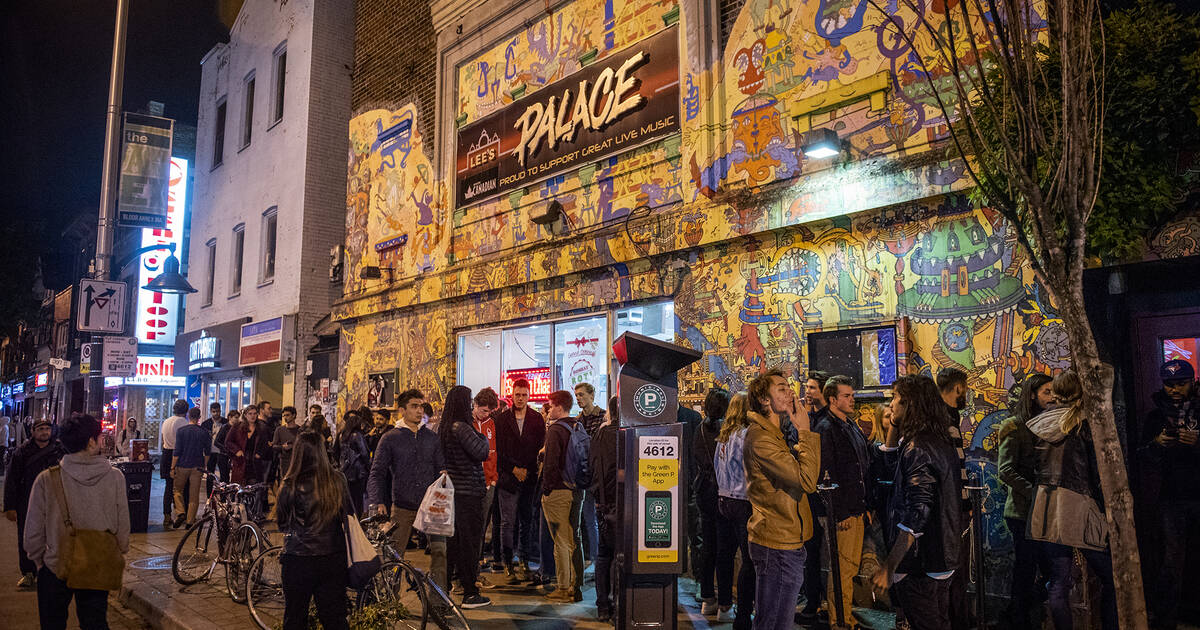 Lee's Palace and the colourful mural that adorns its exterior has been a Toronto live music scene landmark for so long that it's hard to picture what the Annex would feel like without it.

The current version is actually not the first incarnation of the famous cartoon imagery, but the overall concept and feel of the alternative rock venue has changed remarkably little since opening September 5, 1985. 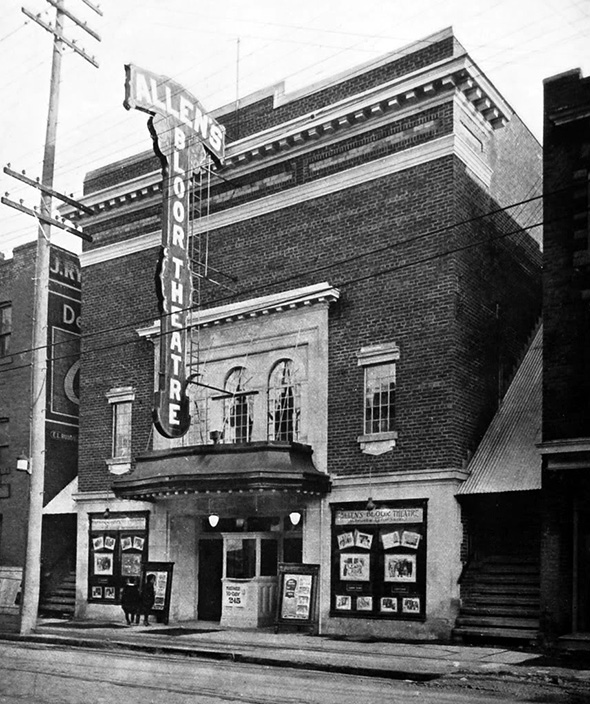 Lee's Palace was a movie theatre before it was a concert venue. Photo via Toronto Archives.

Like the Danforth Music Hall, Lee's Palace was originally a movie theatre built by the Allen cinema chain.

However, before the Allen's Bloor Theatre was built in 1919, the property was originally a shoemaker shop, a role that its sister club The Horseshoe Tavern also once played before becoming an entertainment venue.

Also like the Danforth Music Hall, Allen's Bloor Theatre was also designed by Detroit architecture firm Howard Crane, and was originally much more ornate than what you see today.

In 1923, Famous Players bought out the Allen chain, and a few years later in 1928 made the first major renovations to the building by building an orchestra pit. It remained an active movie theatre for decades, eventually closing in 1957. 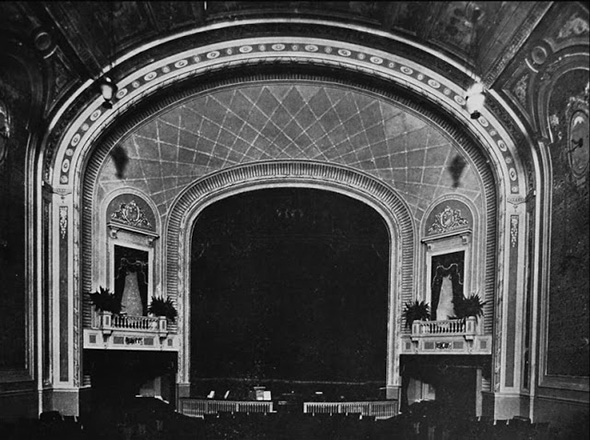 Inside the old Allen's Bloor Theatre before it became Lee's Palace. Photo via Toronto Archives.

City records suggest that it remained vacant for almost ten years, until entrepreneur Ed Silverberg bought it for $129 000 and then spent another $250 000 to convert it into a cabaret called the Blue Orchid.

Inspired by drag shows in NYC, the Blue Orchid functioned as a dinner theatre and featured burlesque shows and plays, with all-male casts performing both female and male roles.

He also turned the upper balcony level into a second floor speakeasy, which survives today as the Dance Cave.

In 1976, the Blue Orchid was replaced by the Oriental Palace, although it's unclear exactly what kind of venue that was. Legend has it that the building was at one point a bank, but no official record of that appears to have survived. 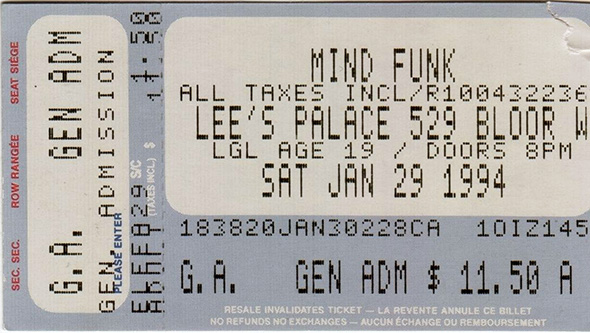 When Mr. Lee took over the bar in 1985, he also built the multi-level tiers that still exist, giving the club much better sightlines than most similar rooms.

He also hired artist Al Runt to paint the famous mural. Runt had previously worked at the venue as a waiter before Lee took over, but was hired more because of his relationship with the proto-hipster scene percolating on Queen West at The Cameron House, which Lee was hoping to capitalize on.

Runt later re-painted the mural in 1992, and again in 2010, when Big Fat Burrito was added (it's now a restaurant called Bombay Roti).

While all versions had a similar feel, they were all distinct designs from each other, and featured increasing density of detail with each incarnation.

The first bookings at the new alternative club were Handsome Ned and Blue Rodeo, both closely associated with the Queen West scene of the time. That formula of local rock bands and emerging international acts was a hit, and hasn't really changed much since then. 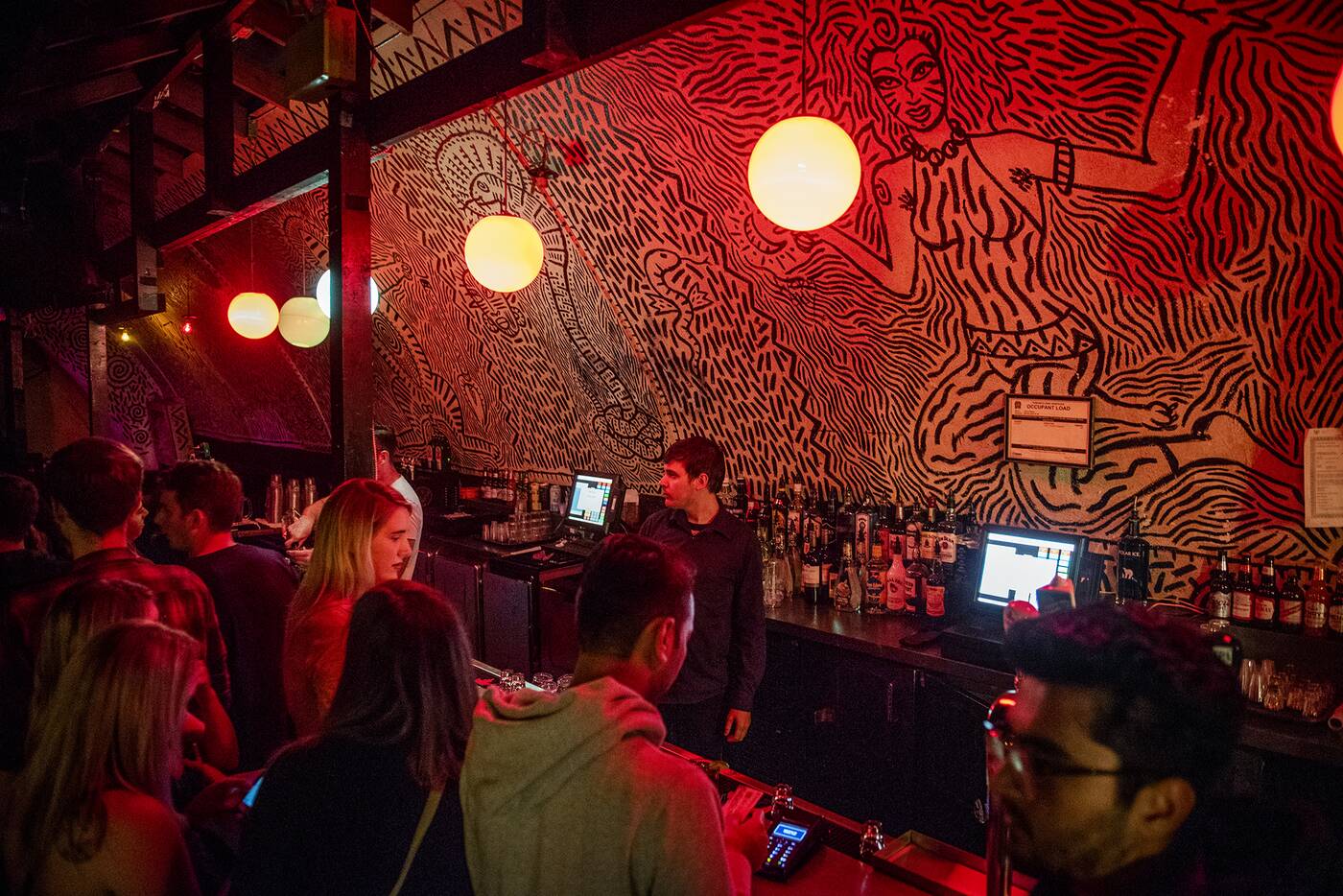 Bookers came and left, but you always knew what to expect when attending a show there, or dancing upstairs at the Dance Cave.

The business continued to be owned by Mr Lee until he passed away in 2001, and it is now run by the folks at Collective Concerts (who also run The Horseshoe).

Over the years a huge amount of big names played their Toronto debuts at Lee's Palace, most famously Nirvana's sparsely-attended 1990 gig.

Other international bands whose first Toronto appearances were on Lee's stage include Oasis, Red Hot Chili Peppers, the Verve, Blur and the Magnetic Fields. 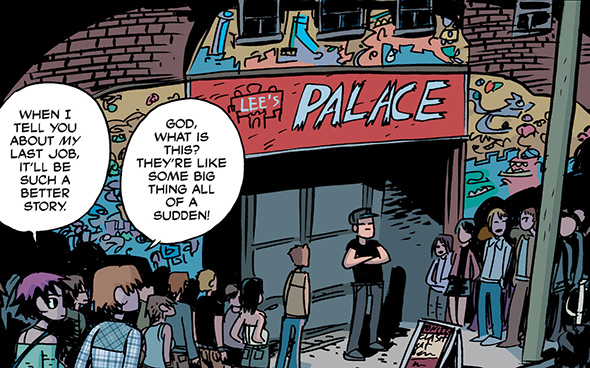 Lee's Palace was featured prominently in the Scott Pilgrim movie, but that's not the only Michael Cera connection. The baby-faced actor also briefly played bass on tour with "doom-wop" indie rock supergroup Mister Heavenly, whose name was directly inspired by the venue.

Lee's Palace has never been a particularly fancy place, and that is likely part of the reason for its success.

It's casual and comfortable enough to be a low key spot for emerging local bands, but also boasts a powerful sound system and good sight lines to please touring acts, which gives it a credibility and status that benefits the hometown acts looking to showcase their sounds in a spot more prestigious than the average rock 'n' roll dive.

And of course the Dance Cave upstairs keeps a steady stream of new college students coming through and discovering it each year, keeping the crowds fresh.

by Benjamin Boles via blogTO
Posted by Arun Augustin at 11:48 AM