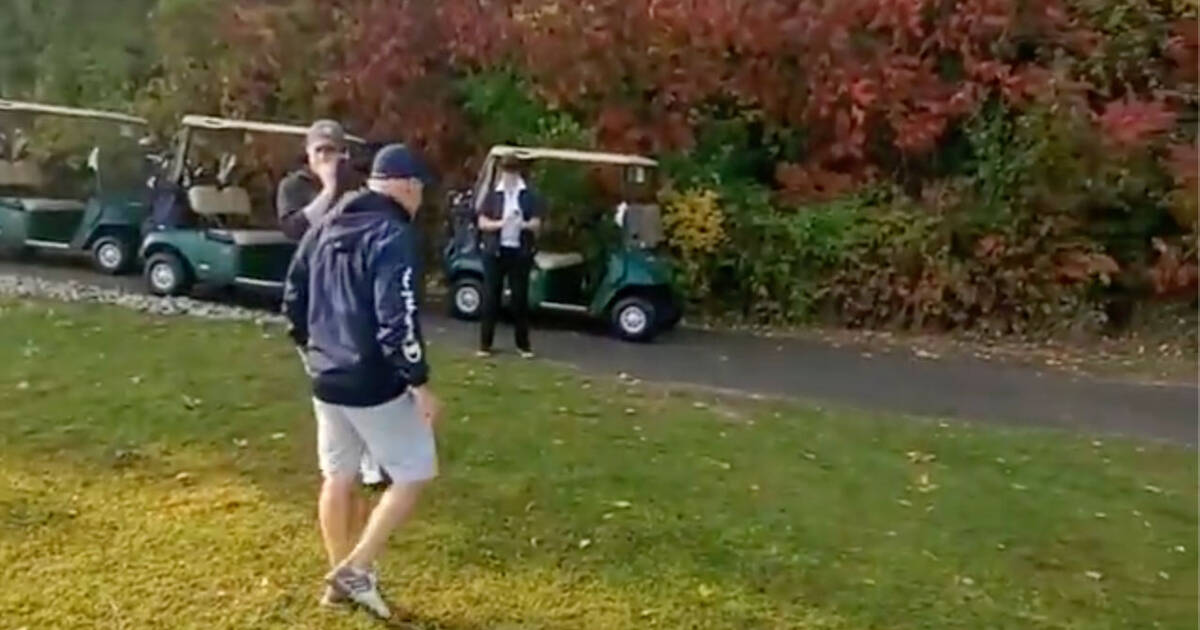 An incident at a Georgetown golf course over the weekend has yet another person learning the power of video footage and the fact that their views and actions are not in any way acceptable.

Gursher Dhillon, a member of Georgetown Golf Club, started recording when the family of golfers playing behind him began giving him problems about how long he was taking to finish his game on Saturday.

The video, in which a high-profile executive from Toronto investment firm Terra Cotta Financial Group uses a racial slur toward Dhillon and his golf partner, has since gone viral on social media.

"Not the first time encountering racism on a golf course but the first time recorded. The director of the course let them finish playing and told us to leave after showing him this video," Dhillon wrote in the Instagram caption of the clip, in which a racial slur is directed at him.

Other disgusting remarks in the confrontation, including "I’m going to shove that golf club right up your ass," allegedly took place just before Dhillon started filming.

Dhillon told CityNews that he "didn't know how to register" the affront. "I was born here... I'm a Canadian," he added.

The instigator, Michael Warrington, has been banned from all properties owned by ClubLink, which runs nine courses across Ontario, including Georgetown Golf Club.

He has reportedly been fired from his position as Chief Financial Officer at Terra Cotta Financial Group.

"It is clear that the incident involved racist language toward one of the parties," ClubLink and Georgetown Golf Club said in a statement on the matter, released the following day.

"ClubLink has a strict Code of Conduct that demands mutual respect among employees, members and guests... the incident which occurred yesterday unquestionably runs counter to our values as an organization. And any incident involving racism will not be tolerated."

A statement from ClubLink and Georgetown Golf Club: pic.twitter.com/e77a63J47v

Still, some on social media are wondering why course staff asked both parties to leave after the 18th hole, and also let the perpetrator finish up his game.

Warrington has since issued an apology, according to CityNews, saying that his actions were "wrong" and have "no excuse."

"First and foremost, to the people whom I said it, I apologize. To my family who have been threatened as a result of this, I apologize. And most importantly, to all marginalized communities, I apologize. I know what I said was wrong and I promise to do better," he and his family wrote to the news outlet.

I am curious as to whether Mr. Michael Warrington would be so apologetic had he not been caught on camera. Racist actions from individuals like this make me sad for humanity.

Georgetown, which is just shy of an hour northwest of Toronto in the Halton Hills, is unfortunately no stranger to both furtive and overt racism.