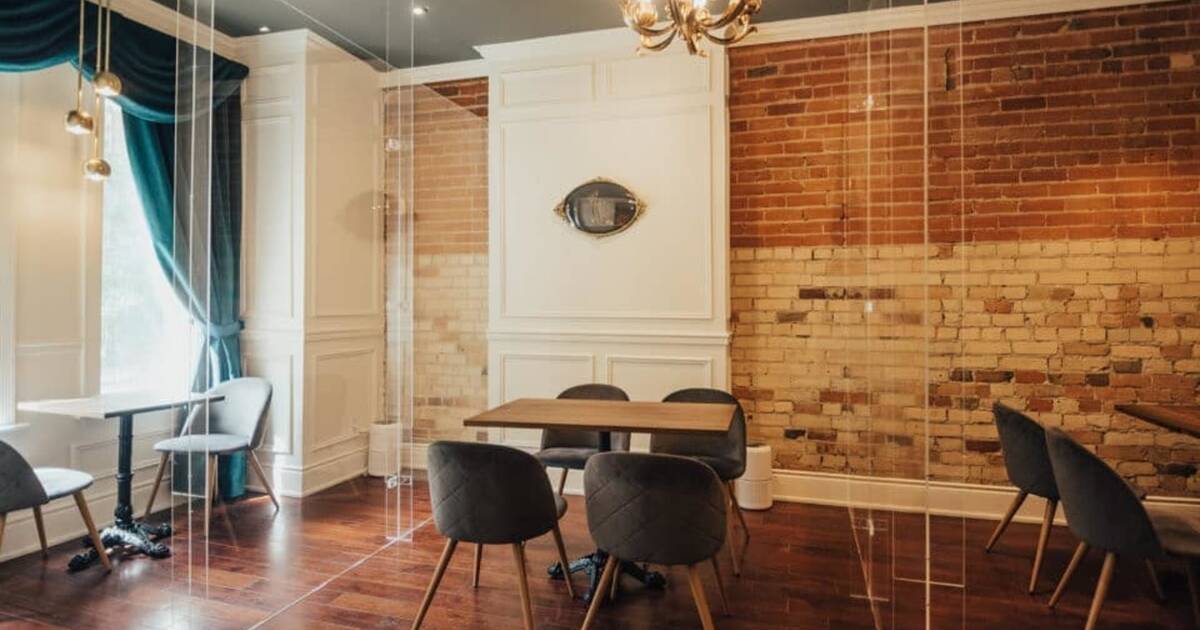 Toronto has reverted back to Stage 2 of the province's reopening plan, meaning we can say goodbye to indoor dining at restaurants for another 28 days, at least.

The changes are sweeping across Toronto's food scene in real time —  an adjustment some businesses are calling "nerve-wracking".

Restaurants are rushing to social media to quell the worries of potential diners with photos of socially-distanced patios. They're already a step ahead if their patios are heated.

For others, pick-up and delivery services like UberEats, Ambassador, Ritual, and DoorDash are the main lifelines once more.

But just as it was before Ontario entered Stage 3 in July, restaurants without outdoor seating are being forced to close their dining rooms for a second time, some of them indefinitely.

Sit-down establishments like the omakase Yukashi, Canoe, or the Financial District's Lena announced that their last service was Friday evening, just in time for Stage 2's implementation at 12:01 a.m. this morning.

Avelo, the tiny plant-based restaurant, posted that they "fully support" the move to temporarily shut down indoor dining, despite the immense amount of money they'd invested to re-open.

The business had only reopened a month prior with newly-installed eight-foot-tall acrylic barriers stretching from floor to ceiling, PPE for staff, and a HEPA air purifier at every table.

They had even installed video chat systems for diners to communicate with servers through in order to reduce contact.

"With the increasing spread of the virus, it’s clear that serious measures are required," reads a post from the restaurant. "Our province’s testing and tracing is already overwhelmed, and we don’t want hospitals to be overwhelmed again.⁣"

"Not the news that any of us were hoping for, but here we are," posted Tabule Middle Eastern, which operates several locations in the city.

"We know that this is for the safety and wellbeing of us all... take care of yourselves and each other."

It's a hard pill that restaurants are being forced to swallow. The reversal of the reopening plan is hard to publicly dispute without seeming callous, despite the serious financial repercussions they face.

Further information has yet to be released about this program, but it underscores the dire need for assistance and — perhaps, more crucially — direction.

Dustin Samuels, owner of Greenwood Smokehouse on the Danforth, says they had already decided two days prior to the announcement that they would cease dine-in completely.

Despite having a patio, Samuels says the uncertainty of the situation makes operating outdoor seating (which, in this weather, pretty much requires the installation of pricey heaters) a risky gamble.

"With the events that are taking place right now, we decided it would be safer for everybody just to do takeout and delivery."

The owners of Hogtown Vegan also say they were on the verge of making the same decision, but the province's announcement beat them to it.

"Well, we were going to post today saying that we had made the decision to close down indoor dining but thankfully the government has stepped in and made it official," they wrote on Instagram.

"As a small business it is nerve wracking to lose that source of income, I’m not gonna lie, but we were all starting to feel a little uneasy as the numbers continue to climb."