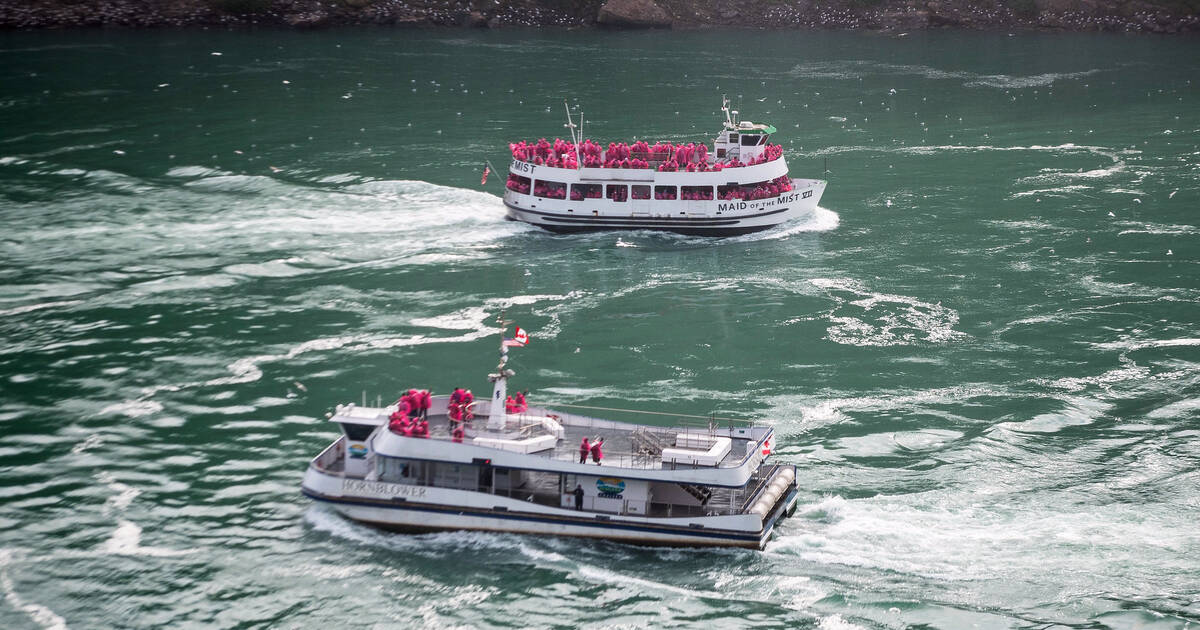 A floating vessel on the Niagara River, halfway between New York State and the Province of Ontario, is likely the closest most people can get to crossing the American border right now due to COVID-19 border shutdowns.

But they may not want to.

Several newly-published photos from Niagara Falls of two tour boats — one from the U.S. and one from Canada — show a startling discrepancy between the sizes of gatherings allowed in each jurisdiction.

On Canada's side of the falls, the Hornblower carries roughly two dozen tourists spaced out across the vessel's uppermost deck.

By contrast, people can be seen all around the perimiters of both top and bottom decks aboard Buffalo's Maid of The Mist, which is an admittedly smaller, denser boat.

Niagara Falls. October 4. Two boats: Canadian and American. Needles to say which is which. 😅😅😅😅😅😅 pic.twitter.com/AJSq9NjSH7

Regardless of any safety protocols in place, Canadians are once again using Niagara Falls tourist boat photos to demonstrate some key differences between us and our neighbours to the south.

"COVID behaviour: Yankees haven't learned," reads the caption of one such photo posted to Flickr on October 3 by a user called b.m.a.n.

"Their president in the hospital and still poor social distancing, even after the spring viral shot."

The State of New York does have a comprehensive COVID-19 protection and recovery plan, though it's of note that the region has been hit incredibly hard by the contagious virus with a total of more than 473,000 cases and 32,850 deaths logged since January.

Ontario, with roughly 15 million residents compared to the State of New York's 19.5 million, has only seen 56,742 cases and 2,992 fatalities since the pandemic first hit.

While certainly faring better than many U.S. states, Ontarians shouldn't get too cocky yet: the province's Ministry of Health confirmed a record high number of new cases just this morning.

With 797 new infections reported throughout the province on Thursday, this marks the highest increase on record since public health officials confirmed 732 cases overnight last Friday.