They're now making a Disney movie in Toronto's High Park 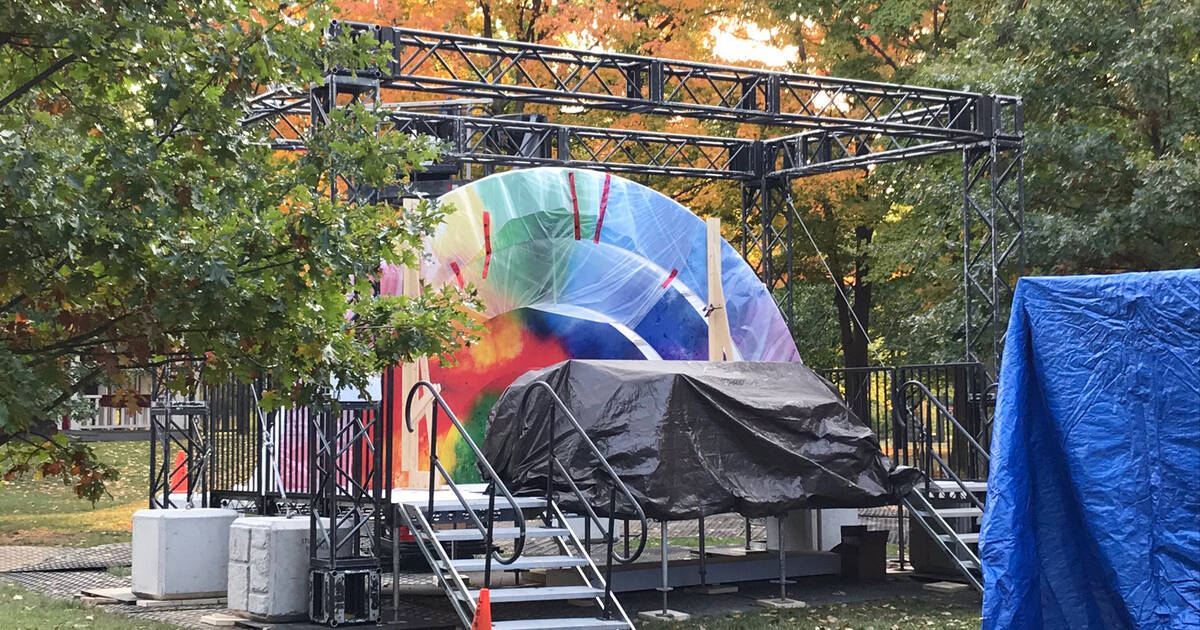 A large, colourful stage set up in Toronto’s High Park in recent days appears to be part of a film set for a Disney production.

And with more than 200 children slated to be in the production, you may want to avoid the park.

The stage, at the north end near High Park Station, caught the attention of residents walking in the park. Some worried it could be for a party.

I’m confused. What’s the message now? Am I cancelling Thanksgiving and limiting to only essential outings; or am I going to the party at the new stage you are erecting in High Park? @JohnTory @fordnation @CPHO_Canada #HighParkToronto #Toronto pic.twitter.com/v0IsGYjAsD

It looks like the large structure will be part of a set for a Disney movie slated to start filming on Thursday.

If you’ve been in High Park the past couple of days and wondered what the heck was going on, turns out that Disney+ is filming a TV show here tomorrow with over 200 kids so YOU decide if it’s a good day to go to the park or not... 😬 #HighPark #Toronto @blogTO @CityNews @680NEWS pic.twitter.com/ruqoDwPOps

According to the City of Toronto "Spin" was set to start filming on Oct. 5 and wrap up on Nov. 20.

The movie will star Avantika Vandanapu, who previously appeared in "Diary of a Future President" and it is directed by Manjari Makijany, according to What’s on Disney Plus.

The story follows "an Indian American teen who discovers her artistic side through the unique world of DJ culture."

It is set to premiere on Disney Channel in 2021 and added to Disney+ at a later date.