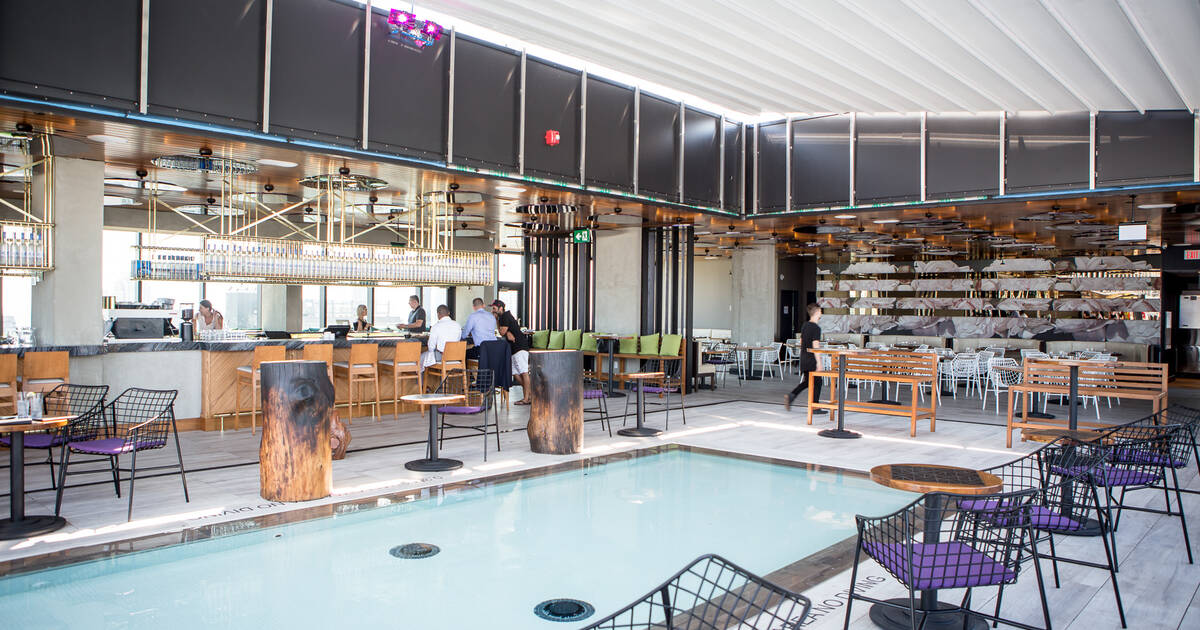 A group of people who are actively involved with Toronto’s nightlife and restaurant scene has taken a stance against racism in the city’s industry through a movement called LastCall4Racism Toronto.

First up on their list is King Street West restaurant Lavelle, which Rosa Jason, the founder of the movement, alleges has been a site of racist management, treatment and guest experience.

"Working in entertainment, hospitality I would see all kinds of racist behavior. I would see it, I would hear from other employees, from guests who would come to visit and I would look the other way," said Jason.

"I had a really hard time just seeing the lack of support, the false allyship...they were posturing," she said. "Especially when so many of them are thriving off of black culture."

So at some point, she decided that enough was enough and started to put together the blog with people's experiences.

Jason reached out to her connections and former employees at Lavelle to get a first-person retelling of their experiences and then compiled people’s stories.

One former employee alleges that "on more than one occasion I'd hear managers speaking on the type of crowd they don’t want to let inside the venue and they would describe them as 'gangsters', 'hoodmans' and 'rowdy' often forcing staff to make up reasons such as dress code to not allow that 'type' in."

Another alleges that there were instances when they heard management say the n-word freely around the restaurant along with other white employees.

Shortly after the murder of George Floyd in the U.S., Jason said Lavelle created a "Right of refusal" list that outlined reasons they could turn back a visitor.

The reasons included "loose clothing" and "hoodies" among other attire reservations, Jason said the list was coded language that was discriminatory against Black people and was "incredibly tone deaf."

‪‘Right of Refusal’ by @chezlavelle. Laughable because I warned everyone about this dump, problematic yes ... but they have a right to deny entry to anyone who do not fit their ‘so called’ dress code protocol. Thank god I’ve never been to this place. ‬Good luck y’all ✌🏿#LavelleToronto

Last year, Lavelle also came under fire when a sign on their patio said "two men could not enter without a woman."

For Jason and her colleagues, the whole point comes down to accountability and wanting the places to acknowledge their systemic racism.

Too often when places are "called out" through Instagram comments or otherwise, the pages will just delete the comments or posts.

"It's not like they don't know that this is happening, they just continue to choose to hide it and ignore it," suggests Jason.

Accountability is the first step, said Jason, but she would also like to see more Black and Indigenous people hired in executive positions so that they can change the conversation surrounding racism and white privilege in the industry.

Jason also believes the experience of racism "transcends to so many other clubs around the city."

But most employees and racialized individuals who’ve had these experiences are scared of talking, according to Jason.

"People are scared. You know, their job is on the line. If, in their eyes, you’re causing trouble. Management will just stop scheduling you altogether, or find some bs reason to let you go. So, not only could you lose your income, but your industry connections too."

Personally, Jason has found it disheartening, knowing that as a dark-skinned Black woman, she may not be offered the same opportunities a white girl will get.

"Black culture is very personal to me, it's sacred. So when I see businesses capitalizing off black culture and not caring about black people, that's a huge trigger for me and I take it personally. I can't stay silent about it."

Jason hopes more places will become transparent about who is in the management roles, who does the recruiting and to have publicized diversity breakdowns of the entire staff in order to better "define a desired future state."

"We're not looking to shut businesses down or ruin people's livelihood. We just want change like just stop being racist," said Jason.