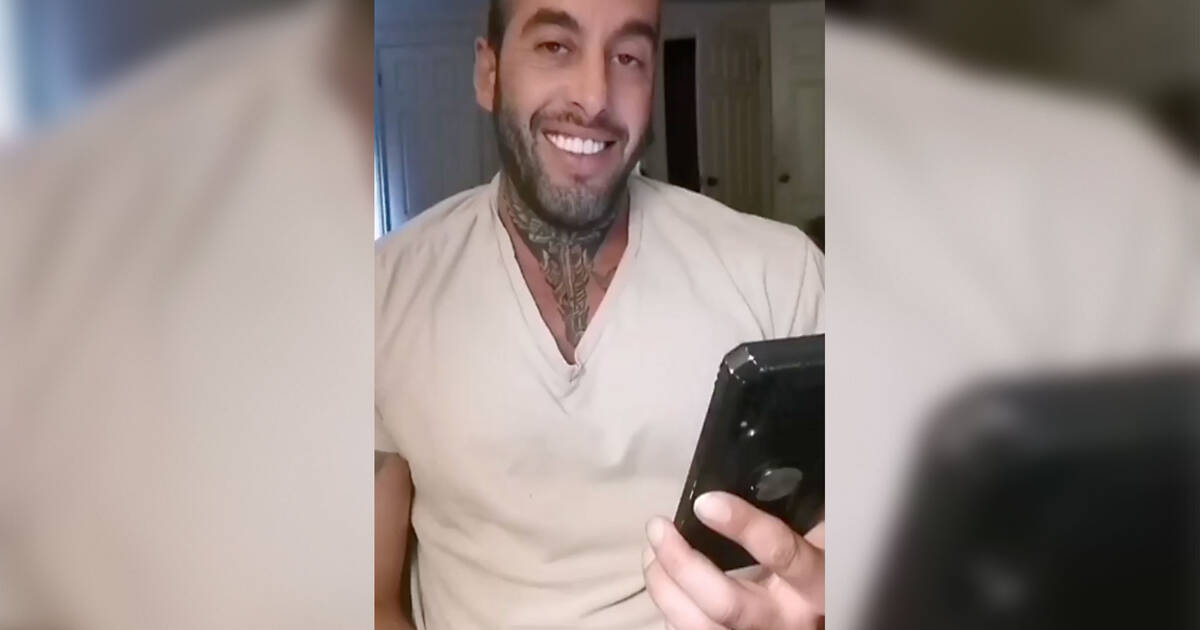 Toronto's notorious anti-mask advocate strikes again, and this time he was arrested on a flight in Moncton, N.B.

The man, later identified as Chris Saccocia known as Chris Sky, was taken into custody after being arrested for causing a disturbance, according to the RCMP.

Sky was then released pending a future court appearance, which has been scheduled for next year. The RCMP  escorted him back to the airport, where he took a flight out of the region.

A video posted on social media appears to show Saccoccia being arrested by police after allegedly causing a disturbance.

This happened yesterday. Luckily with the help of Rob Carbone, Chris Sky was released in less than an hour. We are not alone, we have powerful people in our corner 🙌 #viral #news #truth #canada #ontario #lockdown #moncton #newbrunswick #toronto #freedom #insta #Instagram #instamood #instadaily #instalike #video #police

Last Week, Toronto police charged Sky, 37 and his wife Jennifer Saccocia, 34 with violating the federal quarantine act after he allegedly attended a rally less than two weeks after returning to Canada.

Saccoccia and a woman identified as Jennifer Saccoccia arrived at Toronto Pearson International Airport on Sept. 20 and were ordered to quarantine for 14 days.

The couple's joint Instagram account suggests that they were in Europe prior to their arrival in Toronto.

Police said both were spotted during an anti-mask, anti-lockdown demonstration on Yonge-Dundas Square on Sept. 26 and issued a provincial offence notice.

The couple are scheduled to appear in court at Old City Hall in Toronto on Thursday, Nov. 12.

Both Sky and his wife are also alleged to have attended another massive, maskless rally with over 500 other people in Yonge-Dundas Square on October 3.

He was reportedly supposed to attend a similar event in Halifax on Sunday.