Plans for the Scarborough Bluffs means changes for the Toronto shoreline 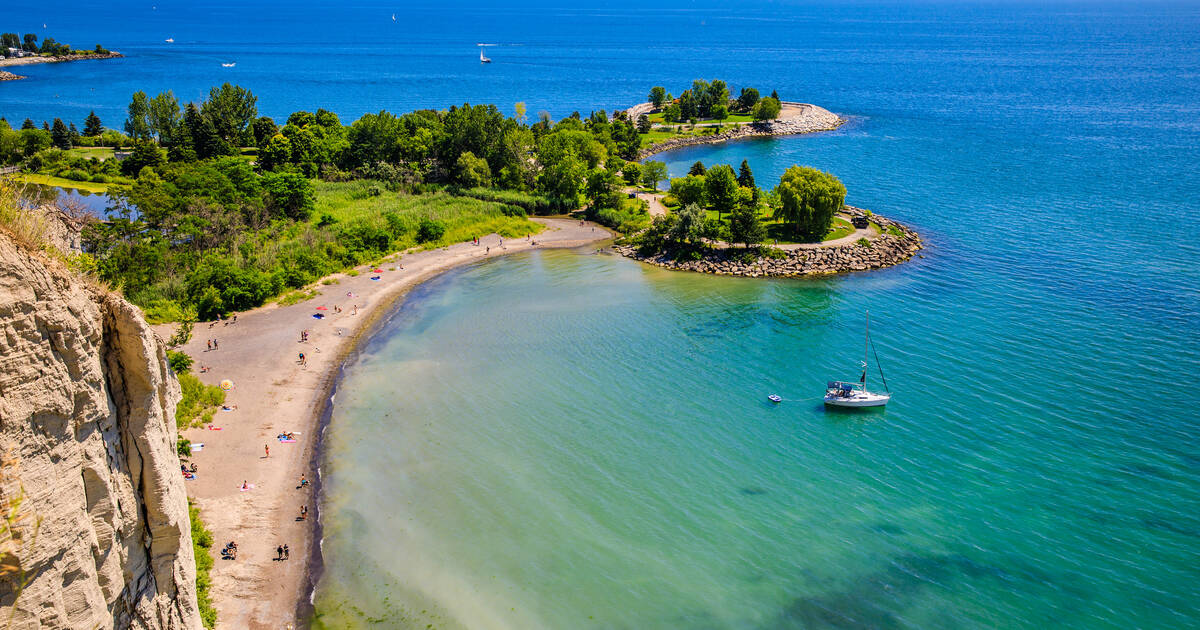 The Scarborough Bluffs along Toronto's eastern waterfront are a natural geological wonder, with a perilous, yet breathtaking presence that should be protected at all costs.

However, the very act of protecting them could mean reducing the amount of places that people can connect with the water's edge, and at the end of the day, there's no guarantee that anything will stop the Bluffs from eroding. It's what they do.

In August, a huge portion of the Bluffs collapsed into the lake below. Captured on video, the crumbling of the cliffs, referred to as a slump, looked like something out of an action movie.

This isn't the first time something like this has happened, and it certainly won't be the last. Plus, slumps aren't the only danger that the Bluffs pose to people, even though it's the people who are doing most of the posing.

According to the Toronto and Region Conservation Authority (TRCA) you need to exercise extreme caution when on the trails, or edge of the Bluffs, as they are "unstable and prone to collapse at any point."

Even with ample signage and fencing, novelty-seekers will do anything for a thrill, and a photo, apparently.

TRCA’s survey team flew the area west of Bluffer’s Park in response to a landslide. Information collected shows that about 700 cubic meters of material fell from 20 meters up the Bluffs. This is almost 65 concrete trucks worth of material! Be safe and stick to the formal trails. pic.twitter.com/YAGSTsWLju

The other issue regarding the Bluffs, aside from public safety, is preservation.

Near the end of 2019, the TRCA received approval for the final phase of the environmental assessment for the Scarborough Waterfront Project. When completed, there will be a "system of greenspaces along the Lake Ontario shoreline from Bluffer's Park to East Point Park/Highland Creek."

This involves hardening some of the sandy shoreline, and creating headlands and cobble beaches. This would essentially raise the shoreline, and cut off access to the water.

Jane Fairburn, author of Along the Shore: Rediscovering Toronto's Waterfront Heritage, says that "once you harden the shoreline right up to the edge of the cliff, the vegetation takes over, and the geological record is destroyed."

Aside from residents losing that connection to the lake, Fairburn feels that some of the TRCA's plans will erase "75,000 years of the story of the last period of glaciation, and also the secrets that are revealed about climate change."

Listen to Season 2, Episode 4 of the blogTO podcast

Jane Fairburn recalls her traumatic experience slipping down Killer Hill at the Scarborough Bluffs, and how that inspired her to write Along the Shore. She also discusses the history of the cliffs, and their connection to the rest of the city, as well as what changes are in store for Scarborough's epic waterfront.

by Dani Stover via blogTO
Posted by Arun Augustin at 8:52 AM