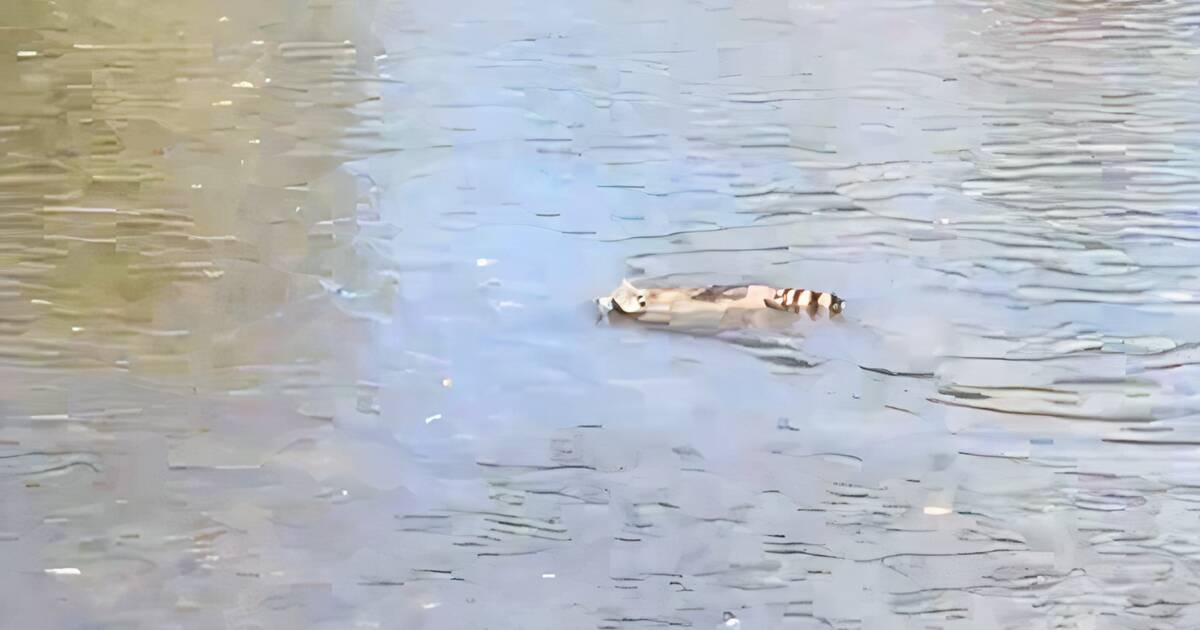 It's that time of year again when Chinook and Coho salmon leap through Toronto's rivers as they carry millions of eggs, and it seems the city's trash pandas are taking the opportunity, as they always do, to join in on the fun in search of a snack.

In fact, one Toronto resident spotted multiple raccoons swimming and foraging in the waters where salmon were spawning in Etobicoke this past weekend.

"Piecing this together... Salmon are spawning up river and dying along the way," wrote George Diavolitsis on Twitter.

"Second day we've seen a raccoon swimming and foraging in the water, likely getting it's fill of sashimi. Yes raccoons are very clever animals."

A video posted by Diavolitsis shows a raccoon walking through the rushing waters, stepping from rock to rock, presumably looking to try and catch a fish as they swim by.

Piecing this together...Salmon are spawning up river and dying along the way. Second day we’ve seen a raccoon swimming and foraging in the water, likely getting it’s fill of sashimi. Yes raccoons are very clever animals. #toronto #etobicoke #blogto @blogTO pic.twitter.com/CK8PmvS3TL

Around this time of year every year, thousands of salmon travel through the city's local rivers to lay their eggs, and many of the fish weigh roughly 20 kilograms and measure more than a metre long.

Pacific salmon die pretty much immediately after spawning, but their offspring then return to do it all over again the following year.

This, however, is assuming a clever raccoon doesn't get to them before their journey is complete.

Another video posted by Diavolitsis, meanwhile, shows a different raccoon entirely submerged in the water, seemingly swimming around with purpose.

A nice day for a swim in #toronto aka I had no idea raccoons could swim. #topoli #blogto #etobicoke #SundayFunday pic.twitter.com/TtkpOo5V8P

In his tweet, the Twitter user remarked that he didn't realize raccoons were actually capable of swimming, but the residents who found a trash panda cooling off in their backyard pool this past summer will likely be the first to tell you the animals are extremely comfortable in the water.

We also know raccoons will quite literally do anything for a snack, so it's no wonder they're being spotted searching and swimming through Toronto's salmon-filled waters this fall.