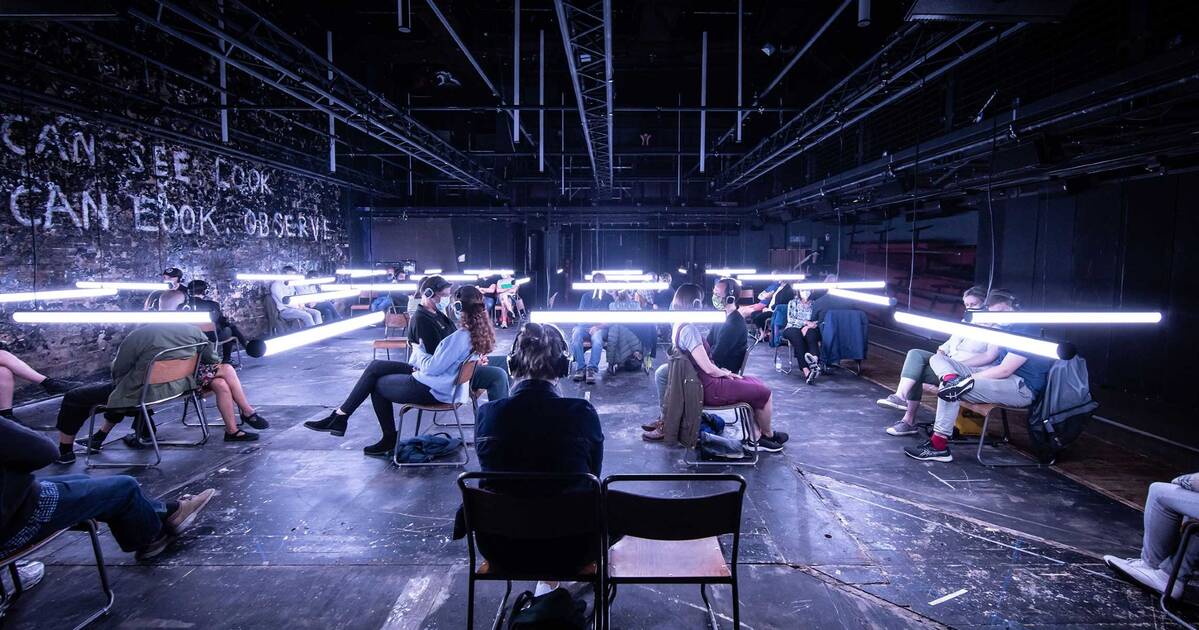 Toronto theatres have been closed to the public since COVID-19 first hit back in March, but a new socially distanced sound installation is officially set to be the first major indoor pandemic-era theatre production in the city.

Earlier today, David Mirvish announced that the international premiere of the Donmar Warehouse production of Blindness will begin showing at the Princess of Wales Theatre beginning Nov. 17.

"For the last six months my staff and I have been working diligently to find a way to offer different forms of theatre in environments that are safe and comfortable," Mirvish said in a statement.

"Towards this goal, we've been working with the unions and associations that represent artists, technicians and arts workers."

David Mirvish is pleased to present the international premiere of the Donmar Warehouse production of BLINDNESS, a socially distanced sound installation.

It will be presented on stage at the Princess of Wales Theatre beginning Nov 17, 2020. (1/2) pic.twitter.com/QDmIB2YDp6

The innovative production is based on a dystopian novel by Nobel Prize-winner José Saramago, and award-winning playwright Simon Stephens has adapted it into an immersive sound installation.

Ironically, the show tells the story of the rise and end of an unimaginable global pandemic.

"As the lights change at a major crossroads in a city in the heart of Europe a car grinds to a halt. Its driver can drive no more. Suddenly, without warning or cause, he has gone blind," reads a description of the production.

"Within hours it is clear that this is a blindness like no other. This blindness is infectious. Within days an epidemic of blindness has spread through the city.  The government tries to quarantine the contagion by herding the newly blind people into an empty asylum. But their attempts are futile. The city is in panic."

The show had its world premiere at London's Donmar Warehouse in August 2020 after five months of closures, and it received rave reviews from both critics and audiences alike.

Our acclaimed sound installation BLINDNESS, with a stunning recorded performance by Juliet Stevenson, will transfer to @Mirvish Princess of Wales Theatre in Toronto, @ShakespeareinDC & the Daryl Roth Theatre in New York in Nov/Dec 2020https://t.co/X3j97pvhwv pic.twitter.com/osiXPvtfe6

Once the show premieres in Toronto, audiences will be limited to just 50 people per performance in accordance with provincial guidelines.

The show runs 70 minutes without an intermission, and all audience members will be seated (socially distanced, in pairs and singles) on the stage of the Princess of Wales Theatre.

Audience members will also be required to wear a mask for the entire production, and they'll be given sanitized headphones through which to listen to the story as told by well-known star Juliet Stevenson.

"The sound is designed to be binaural, making the work sound as if it were physically happening around you, putting you in the centre of the action," notes the production's description.

It will be the first indoor theatre presentation in Toronto since the pandemic shut down all theatres.

The start date may change if health and safety in our community are compromised.

Mirvish is set to announce more details about dates, times and tickets for the unique sound installation at the end of October.