This is what the Toronto streetcar network looked like in 1945 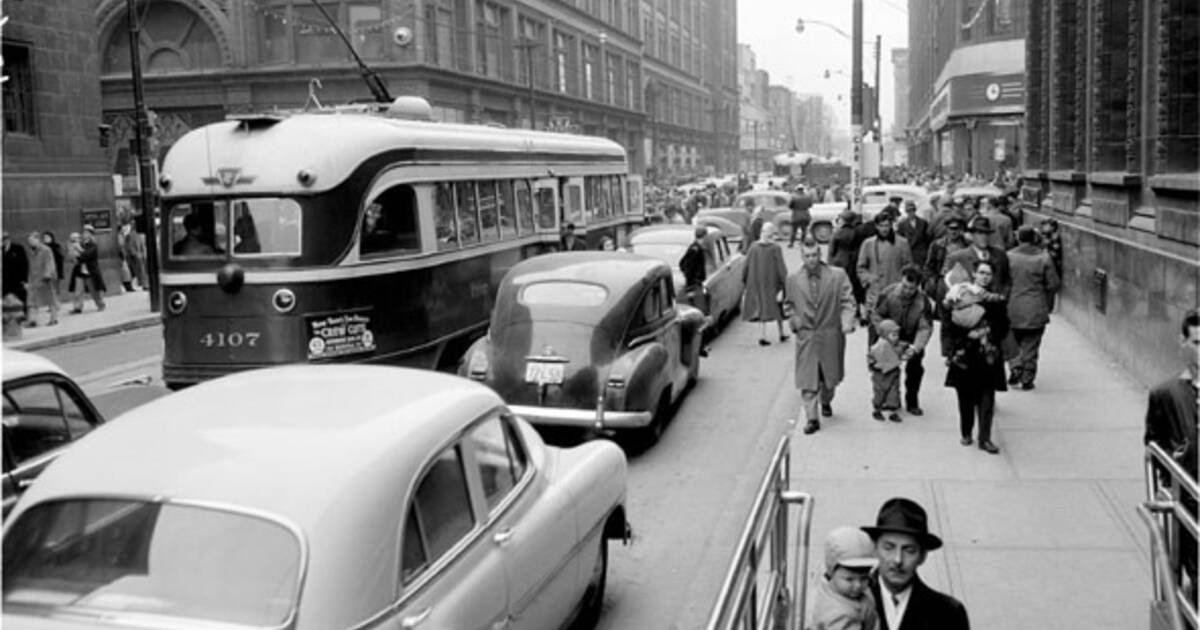 Crossing the pothole-strewn intersection of Dovercourt and Geary, you might notice something that looks a bit out of place: streetcar tracks.

They're not particularly conspicuous, but are easy enough to identify once you've spotted them and had a closer look.

So what are they doing there? Prior to the construction of the subway in in 1954, Toronto had a far more extensive streetcar network than today. And Dovercourt, along with a host of others, was once one of the streets where you'd find old Peter Witt and PCC cars rumbling along.

With the rise of the automobile and, later, the arrival of the subway in Toronto (both the Yonge-University Line and Bloor-Danforth), the TTC abandoned a number of its old streetcar routes as part of a plan to ditch the fleet in its entirety by the 1980s.

Routes on Bloor, Church, Yonge, Bay, Avenue Rd., Dupont, Harbord, and Mount Pleasant (to name only a few), were paved over at various points in the past.

Before the TTC went all the way through with its streetcar abandonment plans, an activist group called the Streetcars For Toronto Committee successfully campaigned the Commission to keep its fleet in the early 1970s.

This bucked the trend insofar as most other North American cities did away with streetcar transit starting around the 1930s. 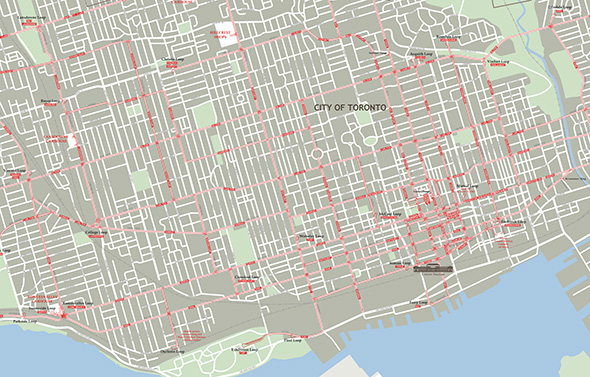 To get a sense of just how predominant streetcars once were in Toronto, this map of the network in 1945 from Transit Toronto is good start.

Nine years before the Yonge Line would open, the city is covered in streetcar tracks, some of which have complicated and meandering routes.

It's rather remarkable to think about how vast the coverage was in the first half of the 20th century before the city was altered to accommodate the crush of car traffic.

So keep your eye out for old tracks peeking through the pavement because there's lots of them out there.