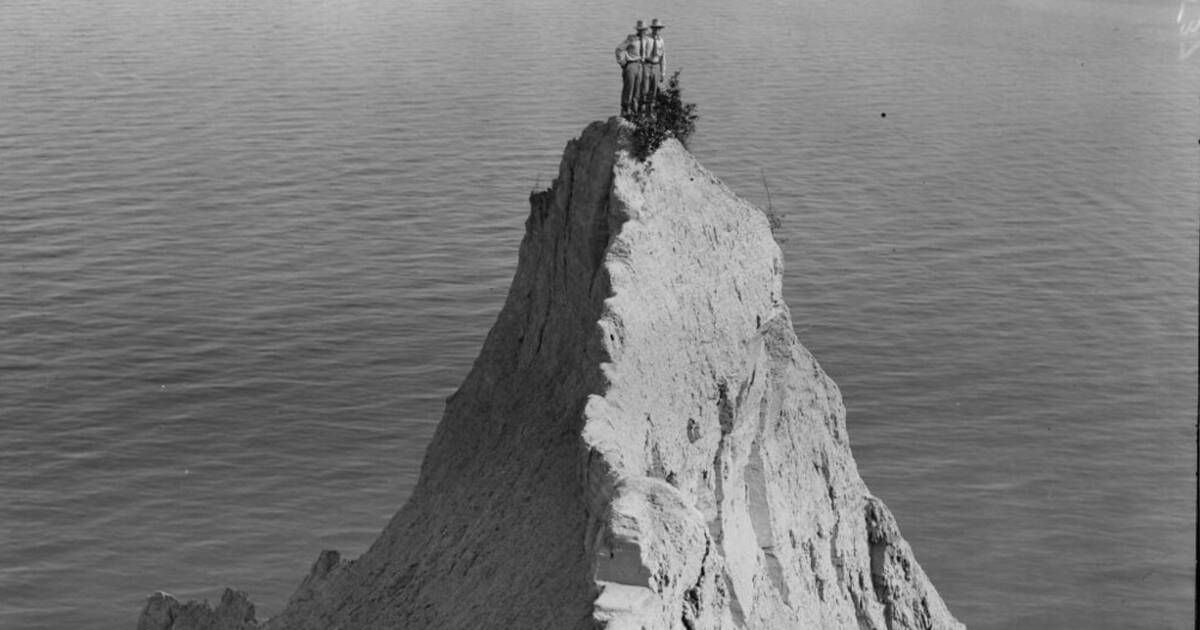 People have been going to the Scarborough Bluffs for a brief reprieve from urban life for over two centuries.

Often described as a geological wonder, the Bluffs were formed by an accumulation of sediment over 12,000 years ago, one which later contributed to the formation of the peninsula that would become the Toronto Islands. 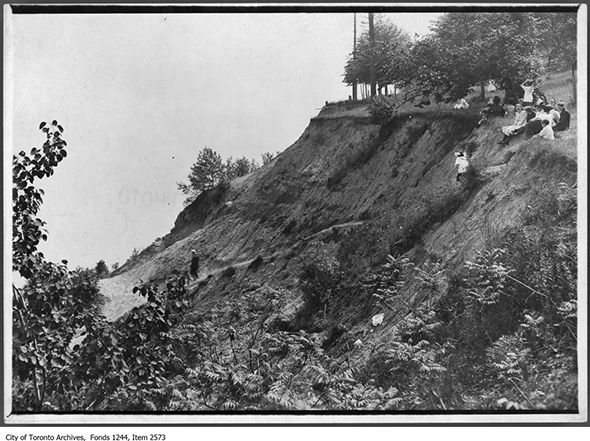 Despite their long history, the Bluffs began to erode at a rapid pace (in geological terms) when cottages and homes were built in the area in the mid 20th century.

This problem reached its peak in the 1970s before the city stepped in and implemented a number of measures to halt the erosion. 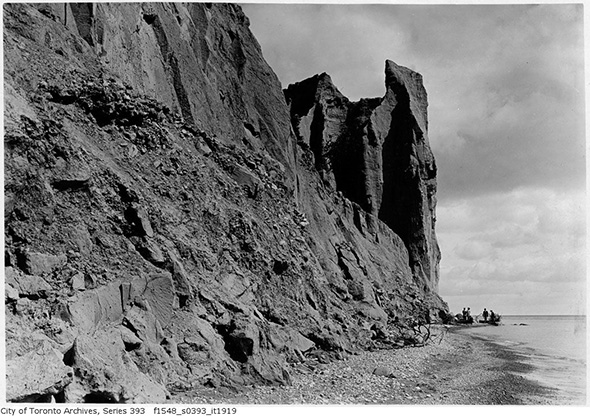 While the efforts have been largely successful, it's not difficult to spot the subtle differences between the Bluffs of these photos from the early 20th century and the ones we can visit today. 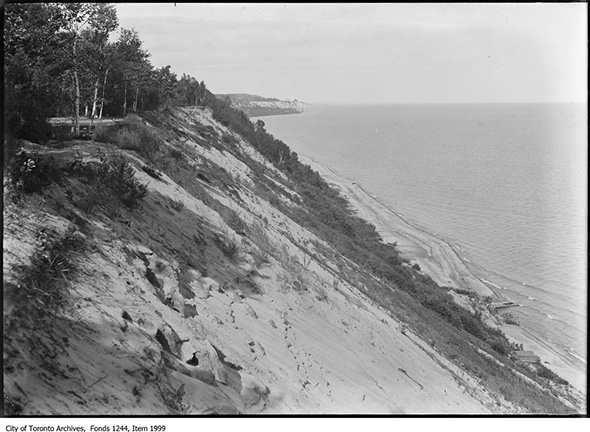 They were more rugged a century ago, and there's fewer trees (many of which were planted as part of anti-erosion measures). In fact, in certain photos from the 1910s, the Bluffs look almost otherworldly. 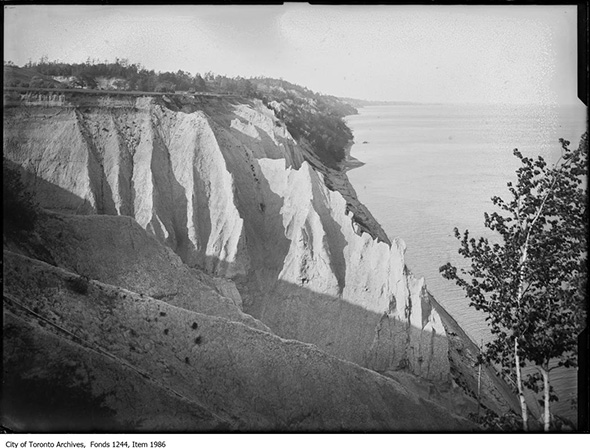 You can also notice another difference in these photos from the Bluffs of today: there's so few people. 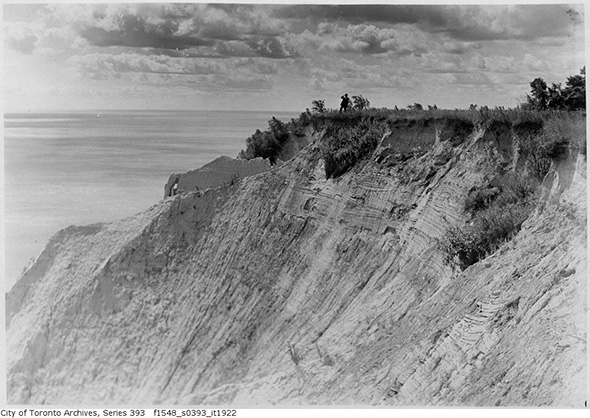 Sure, you can still pay a quiet visit to the Bluffs in the off-season or during a weekday, but on weekends in the summer, this is one of Toronto's most popular beach destinations. 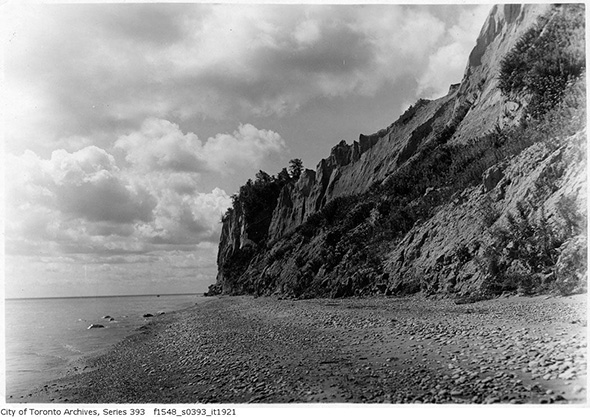 And why not? This is surely one of the most beautiful places in Toronto.

by Derek Flack via blogTO
Posted by Arun Augustin at 9:48 AM