Anti maskers are planning their own Santa Claus parade in Toronto 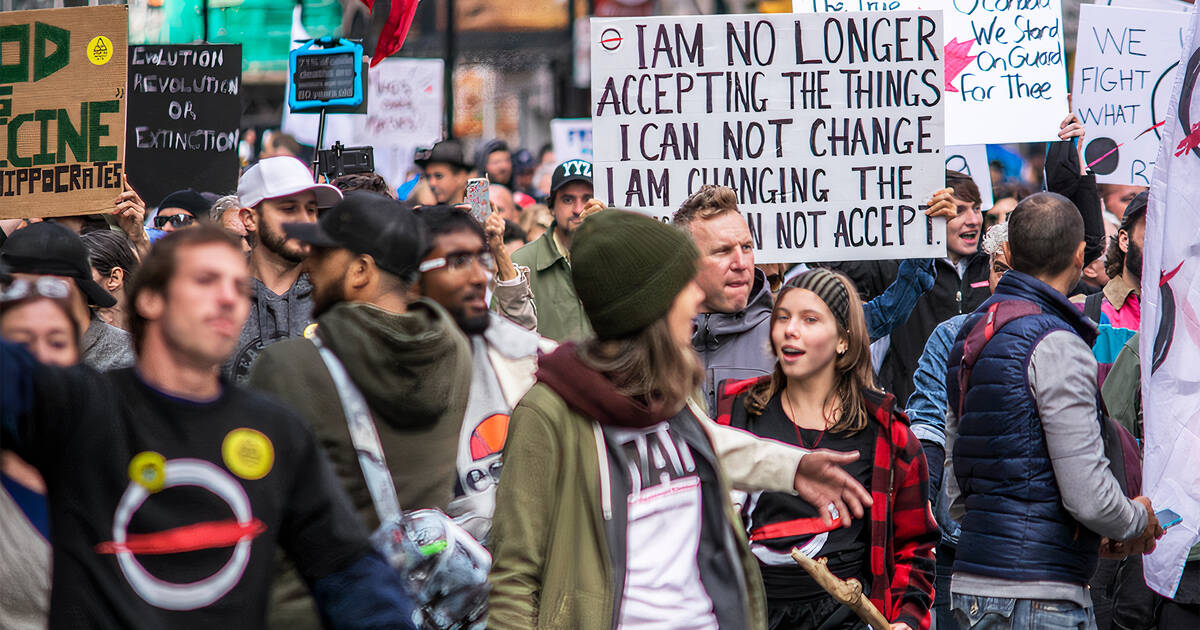 When they're not busy holding "freedom marches" against pandemic restrictions, planning mask-free schools and posing for photo ops with police, Toronto-area anti-maskers have apparently been organizing their own Santa Claus Parade now that the city is making the much-anticipated annual procession a broadcast-only spectacle this year.

Chris Saccoccia, who founded the controversial group Mothers Against Distancing (MAD) and often goes by the moniker Chris Sky, has issued a call among his followers or volunteers to help with a holiday event that, if it actually happens, will certainly be in garish violation of emergency orders and social norms amid the heath crisis.

What? Christmas Parade? I thought this was cancelled?#chrissky thinks differently?@fordnation @JohnTory @CTVNews @CityNews
Should this be permitted? This is not a protest ... It's an invitation to gather! pic.twitter.com/XrUChR4QM0

"We are giving Christmas BACK TO THE PEOPLE!... Ladies and Genteman [sic]. We have the POWER to show the entire WORLD what people uniting for a good cause can do," Saccoccia posted in the MAD Facebook group on Monday, asking for sponsors, float creators and other participants.

"Please share/invite to as many as you can. We want this to be the most memorable Santa Claus Parade in history."

Conceived of in collaboration with fellow anti-mask organization The Line Canada, the purported parade is slated to start at 5 p.m. on Saturday Dec. 5 from Toronto's Yonge-Dundas Square.

A hundreds-strong Facebook group for the event has been created, but no other details seem to have been arranged or revealed yet.

Just witnessed a huge Q Anon/Anti mask protest “parade” on Yonge Street in Toronto. Never seen a more ridiculous selfish bunch of clowns in my life. Circus in town. I fear the future.

Thankfully, after refusing to quarantine after a trip overseas, Saccoccia and wife Jennifer were today charged with failing to comply with an order prohibiting or subjecting to any condition the entry into Canada, so perhaps they'll be rethinking their anti-masker shenanigans moving forward.

A person found to flout the federal Quarantine Act in a "willful or reckless" way that jeopardizes another's life — such as the Saccoccias attending multiple large anti-mask rallies upon returning to Canada, which they did — can be penalized with a fine up to $1 million and/or three years in jail.