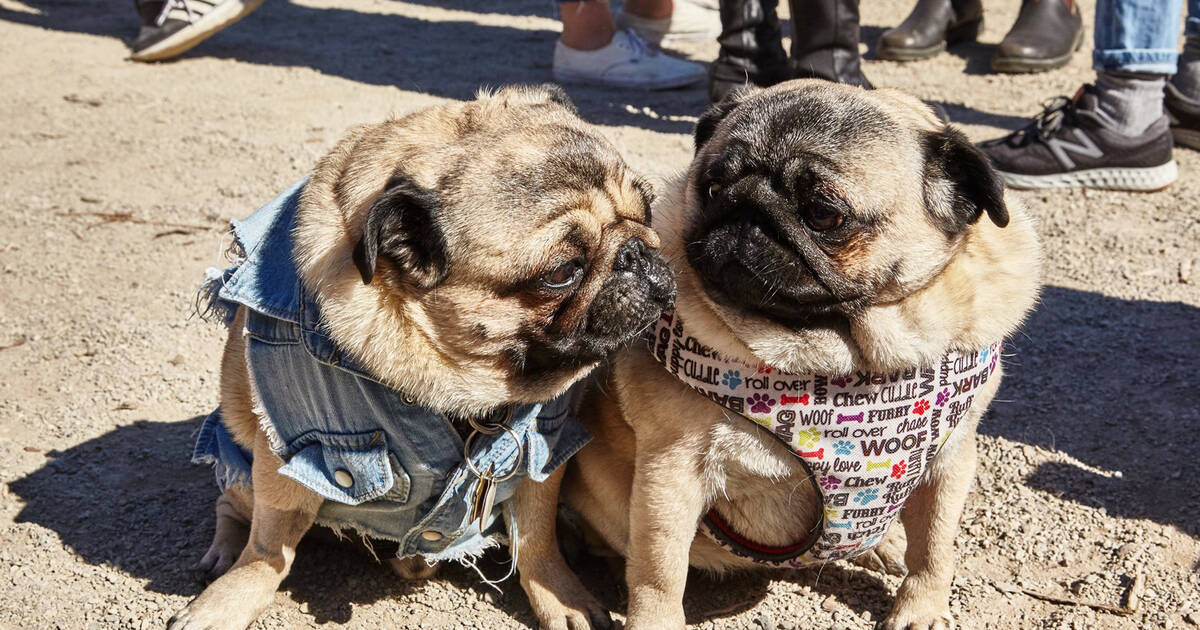 Sunday Funday is here and events in Toronto today include a Pug Grumble with lots of sniffs, snorts and squishy-faced puppers. Rapper Mick Jenkins is here and there's wrestling, films, a rijsttafel and wedding show on as well.

Mick Jenkins (January 27 @ Mod Club)
Chicago rapper Mick Jenkins possesses one of the smoothest flows out there, making his lyrics about life and love sound especially sweet.
Toronto Pug Grumble (January 27 @ Trinity Bellwoods Dog Bowl)
Pugs from all walks of life are coming to scamper around Bellwoods, sniff each other's butts and snort a lot. Even celebrity pug Helmut will be there!
Soundtrack Sundays (January 27 @ TIFF Bell Lightbox)
Toronto's own The Darcys are dropping by for a live performance that's part of the TIFF's Reel Comfort series that focuses on music, film and mental health.
Rijsttafel (January 27 @ Borrel)
The first Rijsttafel of the year is on with a Dutch-Indonesian spread of rice, veggies and different kinds of meat seasoned for all kinds of tastes.
Myst Milano (January 27 @ Handlebar)
A mainstay on the Toronto electro scene, Myst Milano raps over heavy beats and deep cuts that are underscored by her punk roots.
An Elephant Sitting Still (January 27 @ Innis Town Hall)
From young director Hu Bo comes a story of intertwining narratives that touch several lives of people in a small town in northern China.
The Wedding Show (January 27 @ Hyatt Rgency Toronto)
Brides-to-be can scope out everything needed for the special day with industry leaders showing off a variety of décor, themes, ideas and options.
Who Will Write Our History (January 27 @ Hot Docs Ted Rogers Cinema)
Pen and paper worked as weapons against the Nazi's after a group of journalists, scholars and leaders made sure these stories survived.
The Sound of Music (January 27 @ The Royal Cinema)
The classic Sound of Music gets a much deserved queer screening by Allysin Chaynes on hand to highlight all the campiest moments.
Junction City Wrestling (January 27 @ Junction Craft Brewing)
Sundays are for relaxing and wrestling and The Destructor Rumble is going down with a family-friendly day of athletic entertainment.

by Lisa Power via blogTO
Posted by Arun Augustin at 3:13 AM