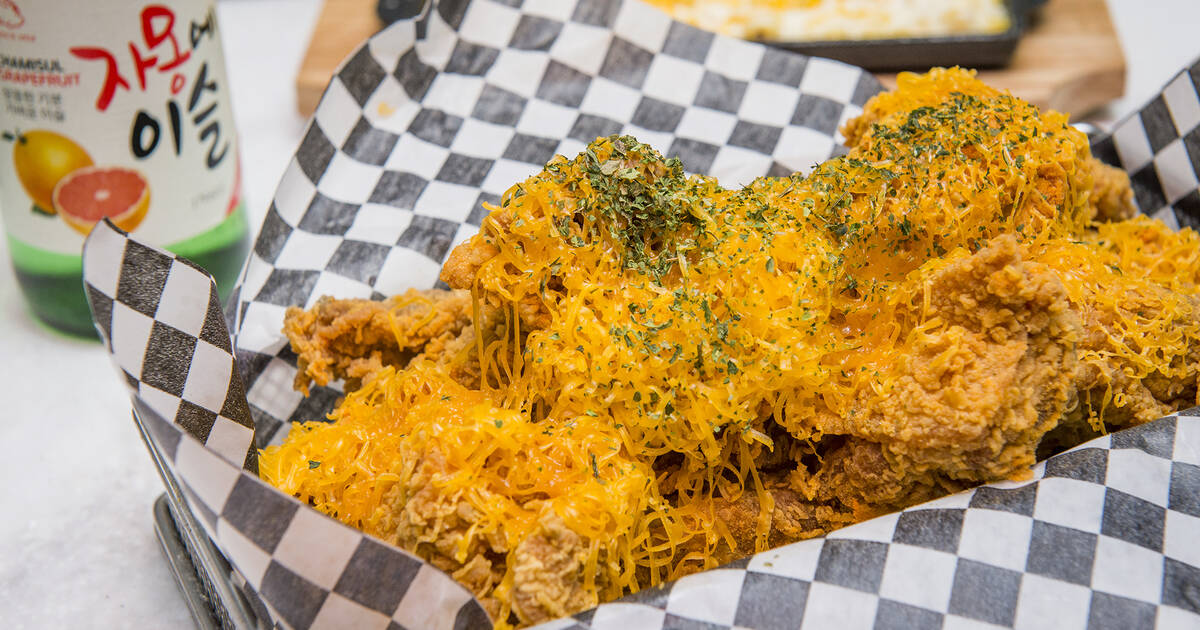 The best Korean fried chicken in Toronto does baskets of battered bird like nobody’s business. There’s definitely no shortage of competitors in the city given the number of Korean chains opening up in the city, but these fried chicken spots take chimaek to a whole other level. 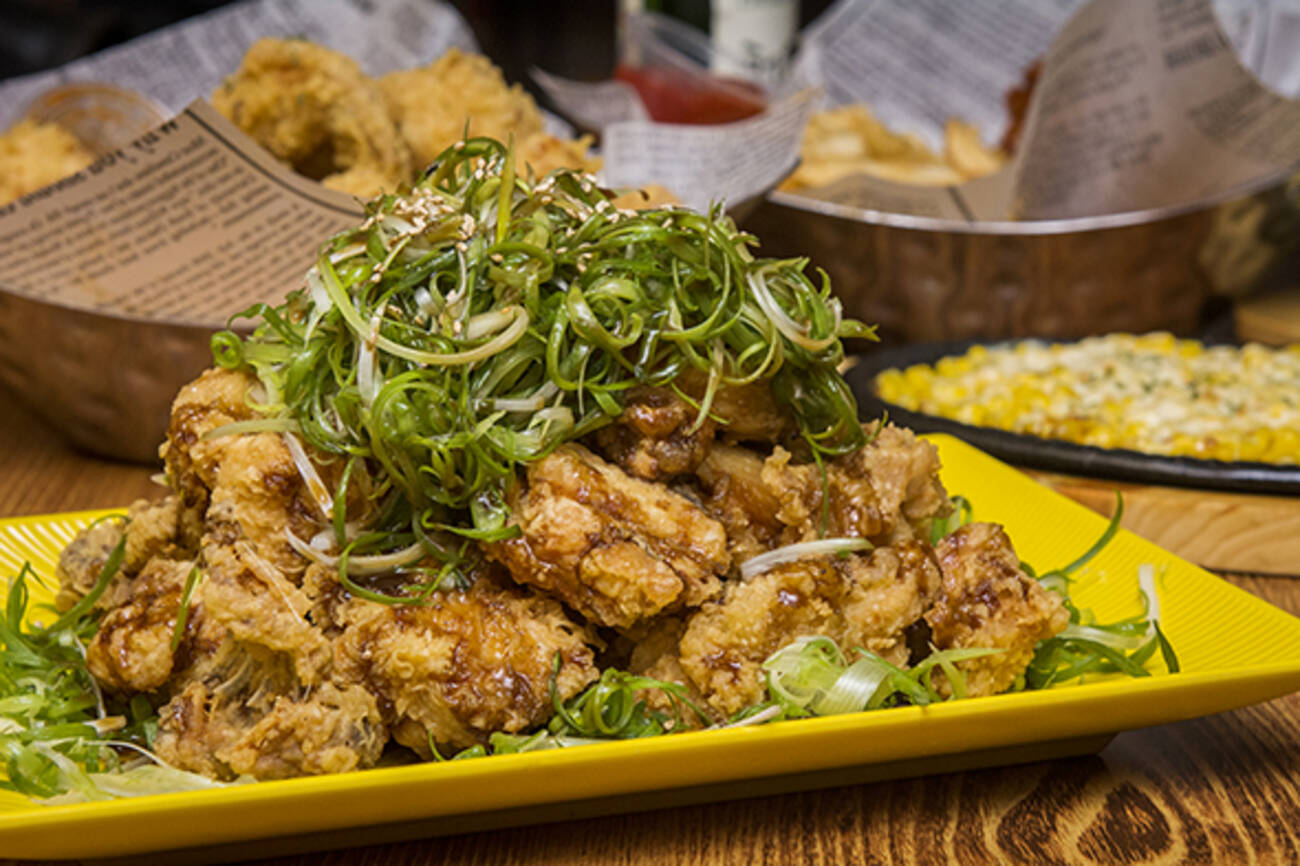 One of the first Toronto chains to ride the Korean fried chicken wave, The Fry’s locations in the Annex and by Yonge and Wellesley serve up platters of crispy chicken in the usual array of flavours like green onion and soy garlic.
10 - Drunken Chicken 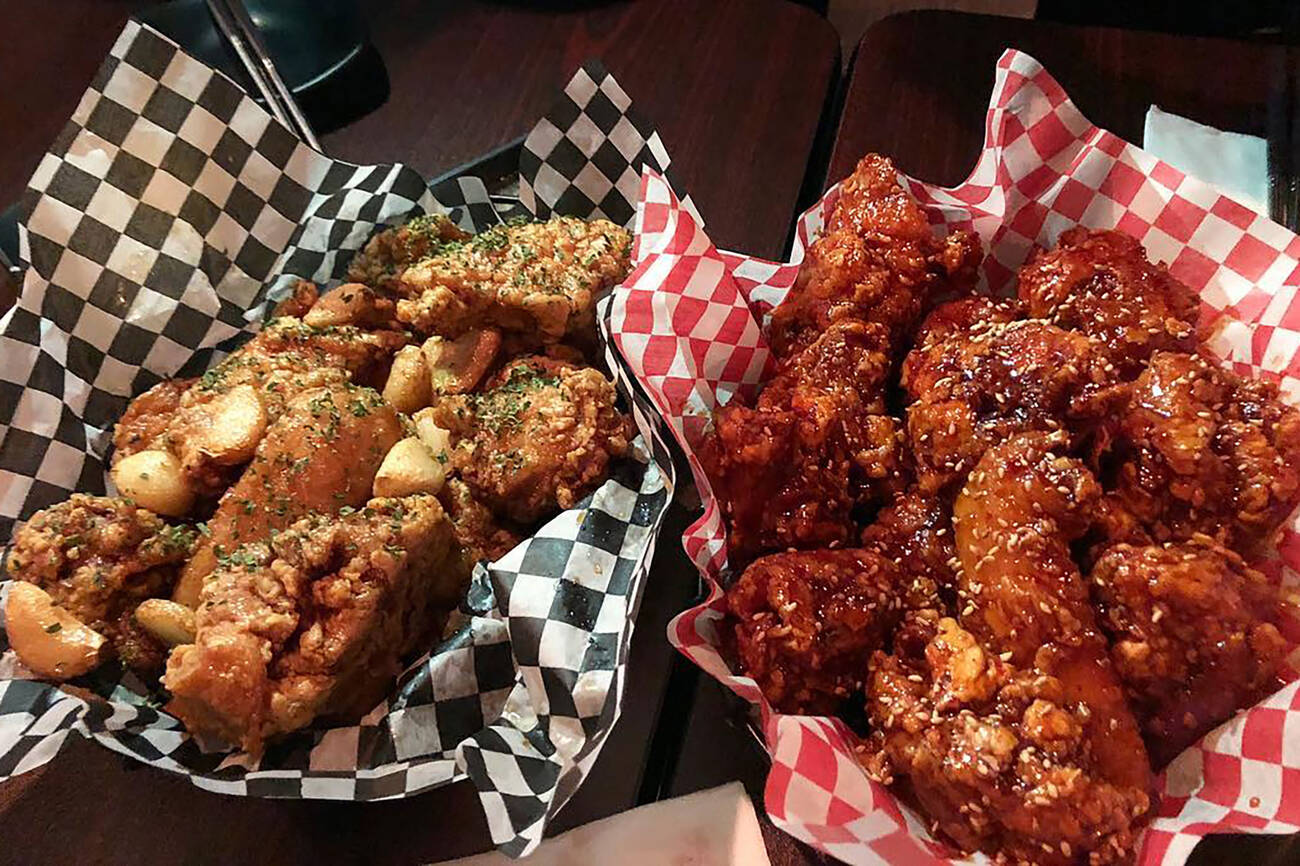 Contrary to the name, the chicken doesn’t come in, say, beer batter, but that doesn’t make it any less flavourful. Generous portions make this cosy second-floor spot by Centrepoint Mall an absolute go-to.
11 - Galleria Supermarket 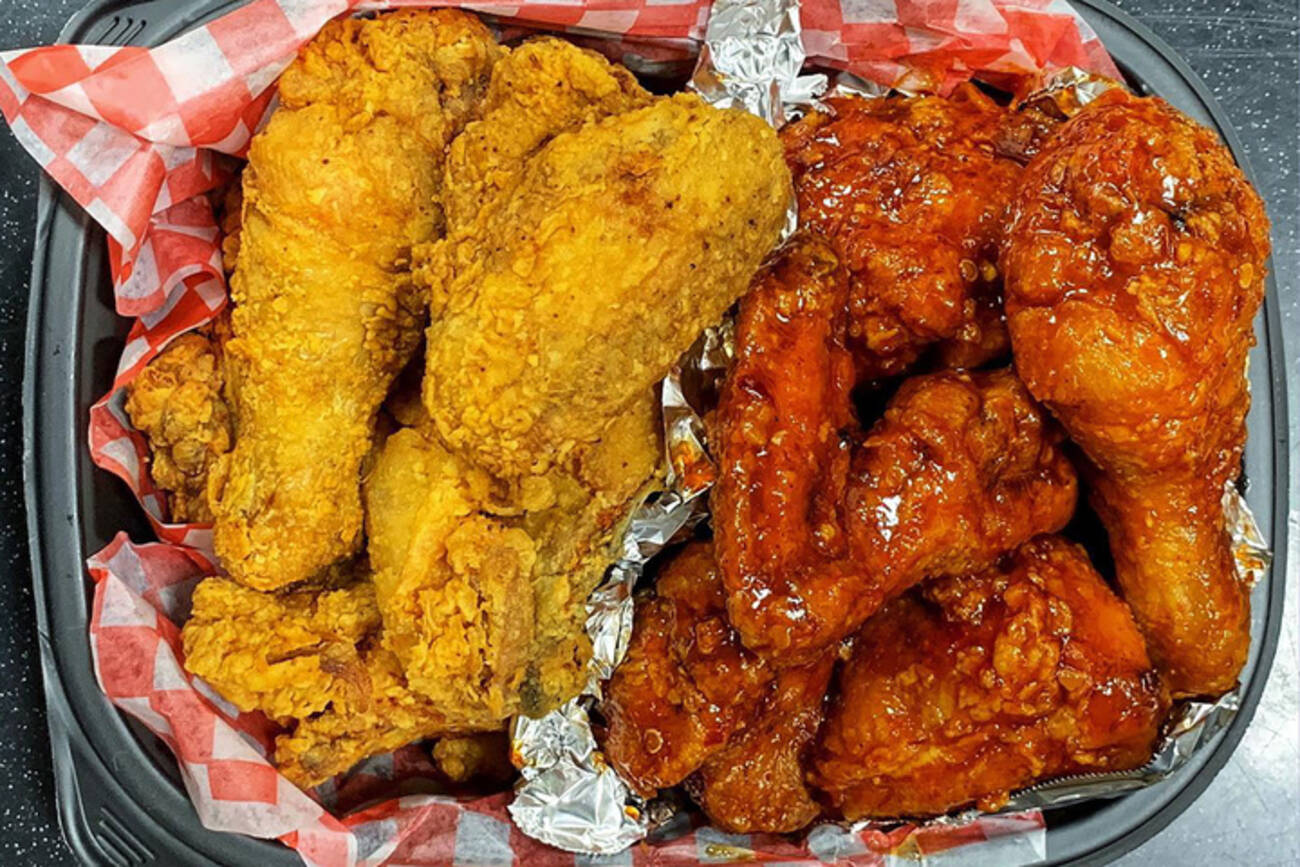 Yes, Galleria’s a Korean supermarket, but hidden inside its stores at York Mills and by Yonge and Sheppard is a little food court stall called Mom’s Chicken. They do mostly big combos like whole fried chickens, battered and fried from scratch.
8 - Dakgogi 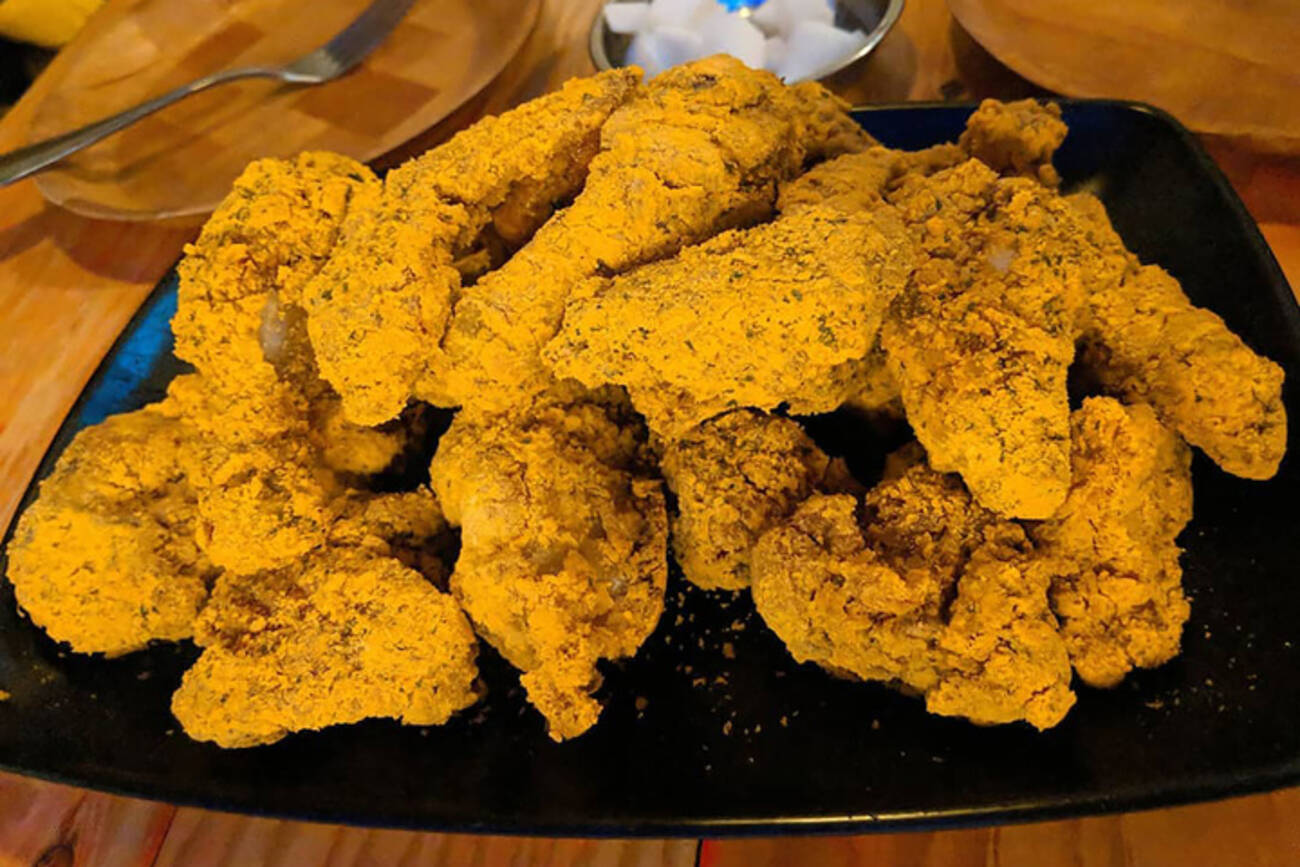 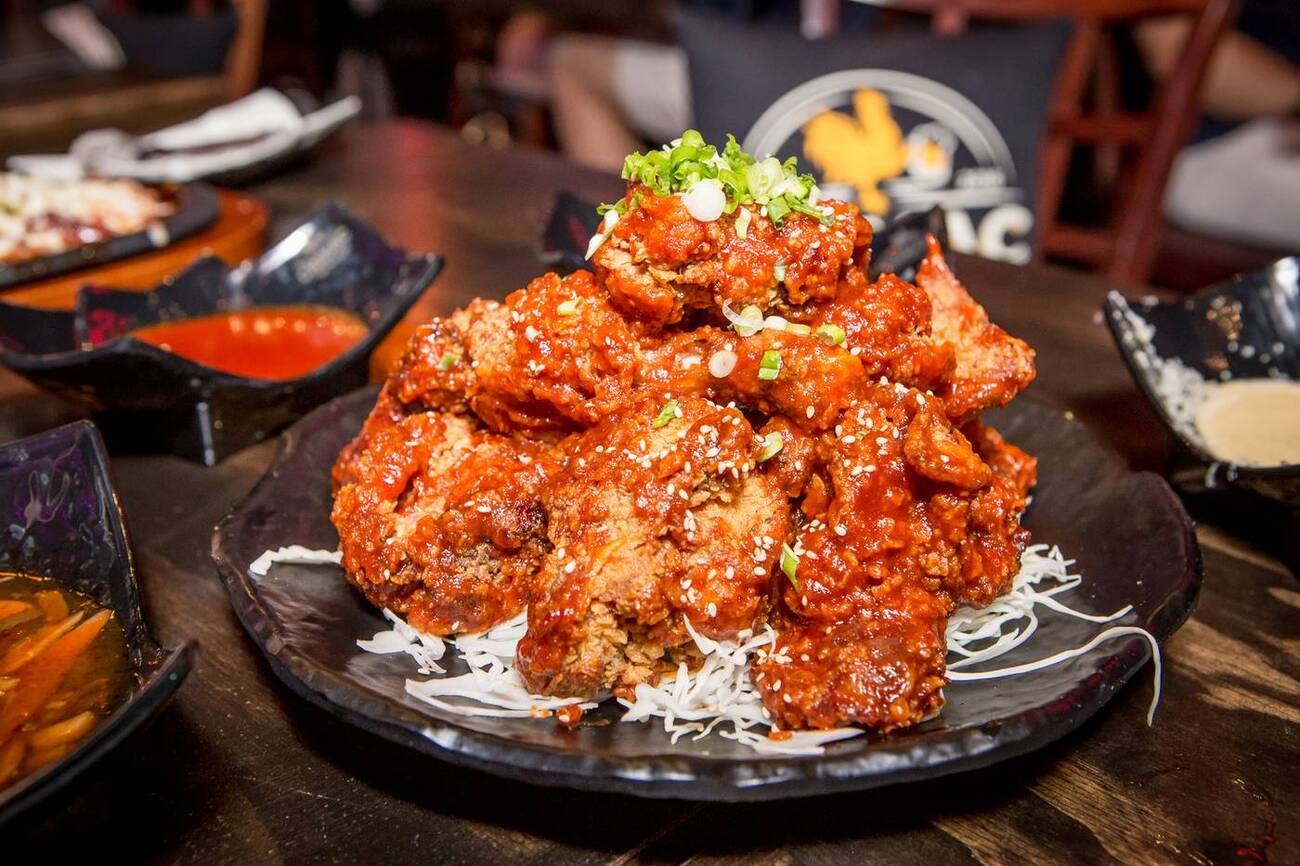 Mountains of chicken, either boneless or bone-in, coupled with super-sized soju cocktails are all on the menu at this neon-lit spot on Queen West. Watch K-Pop videos while you gorge on pounds of wings.
6 - Home of Hot Taste Koreatown 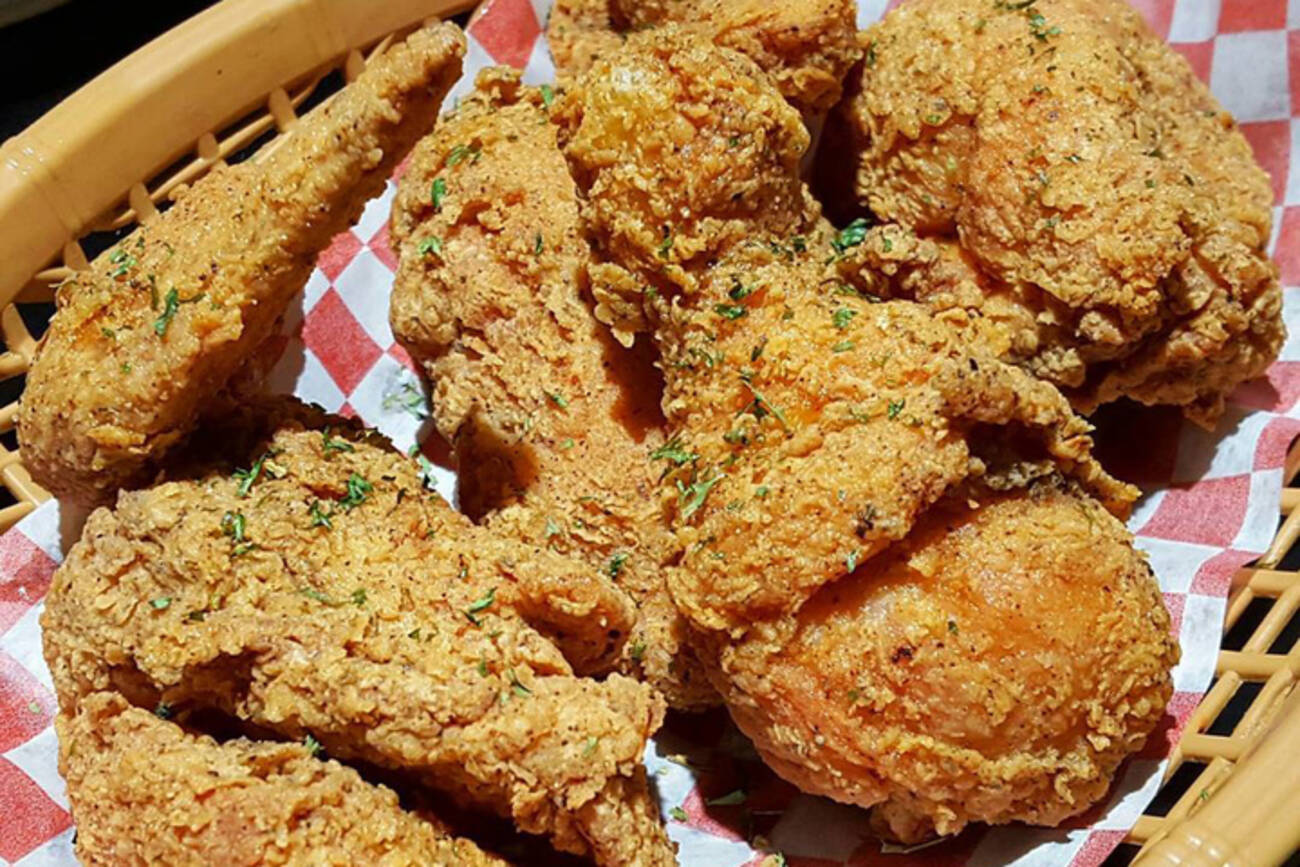 The original strip mall spot in Thornhill of Hot Taste has been doing spicy fried chicken before it became the hottest new thing. Now they’ve got restaurants in Koreatown and by Yonge and Wellesley too.
9 - Kaboom Chicken 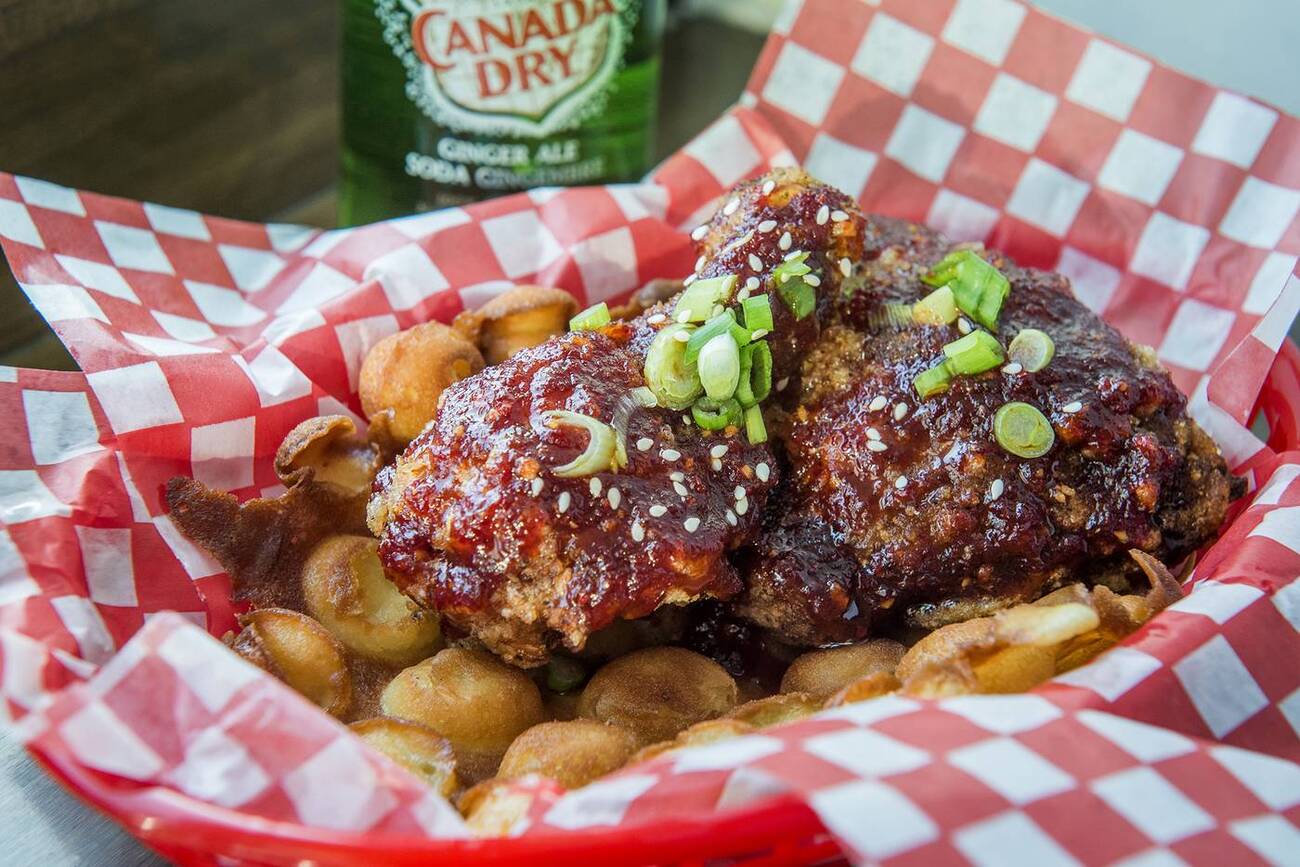 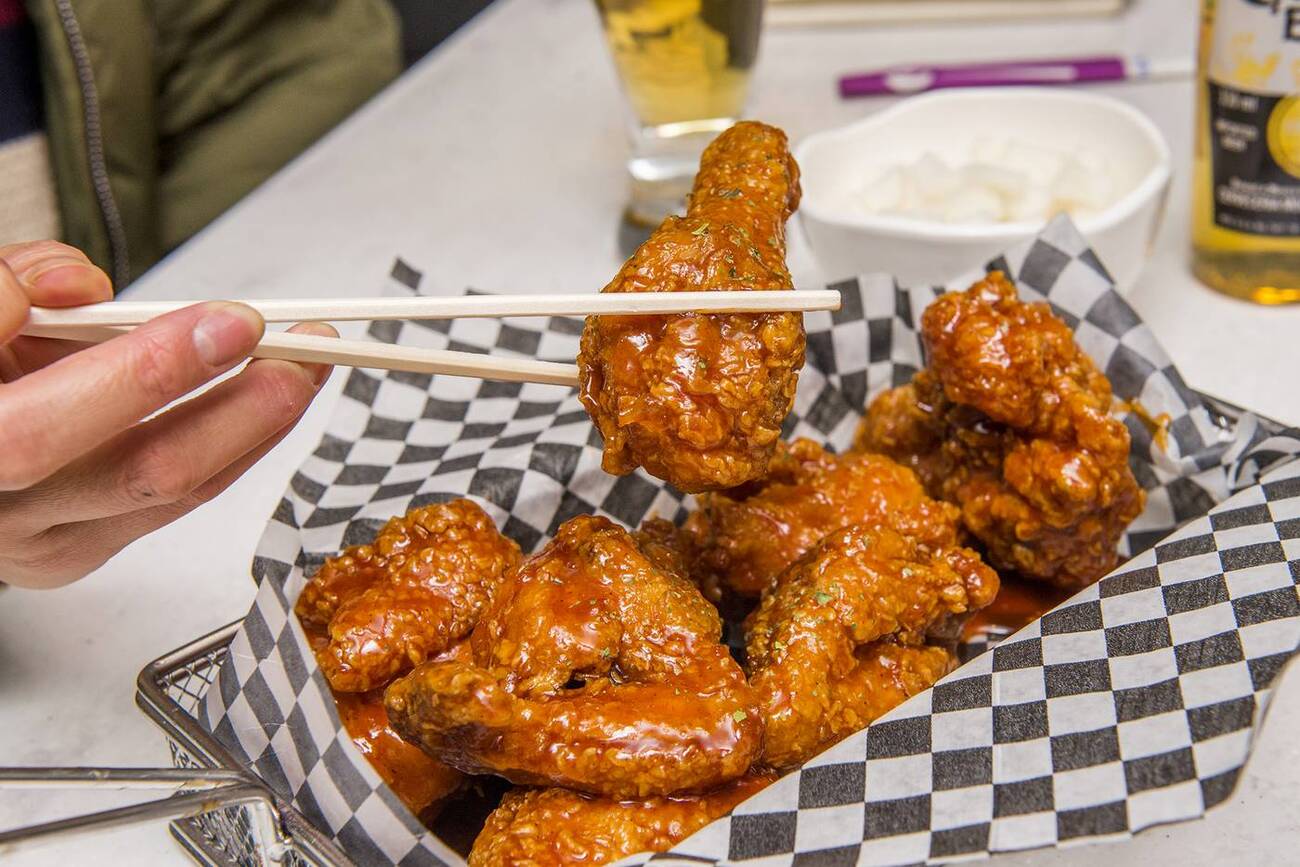 You’ll definitely need some beer or soju to wash all this fried stuff down. Restaurants in the Annex and on Spring Garden are frying up baskets of 16-piece chicken orders doused in sauce and cheese.
5 - Chicken in the Kitchen 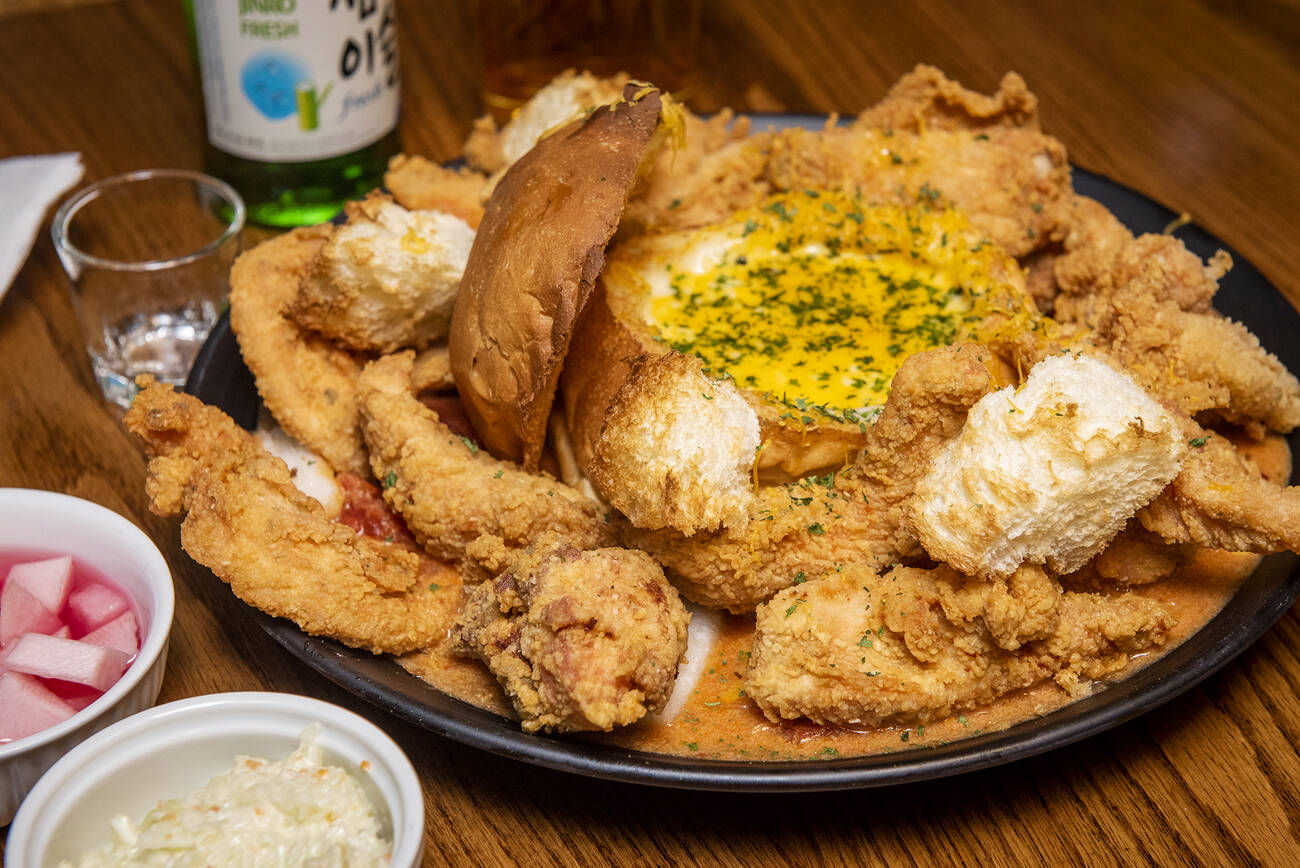 The cheese volcano chicken platter covered in fried chicken and creamy sauce is epic and comes highly recommended, if you feel like indulging in some bird, bread, and cheese. This Koreatown North restaurant is the first location of this Seoul-based brand.

by Tanya Mok via blogTO
Posted by Arun Augustin at 10:39 AM