Weather-related delays cause chaotic morning commute on the TTC 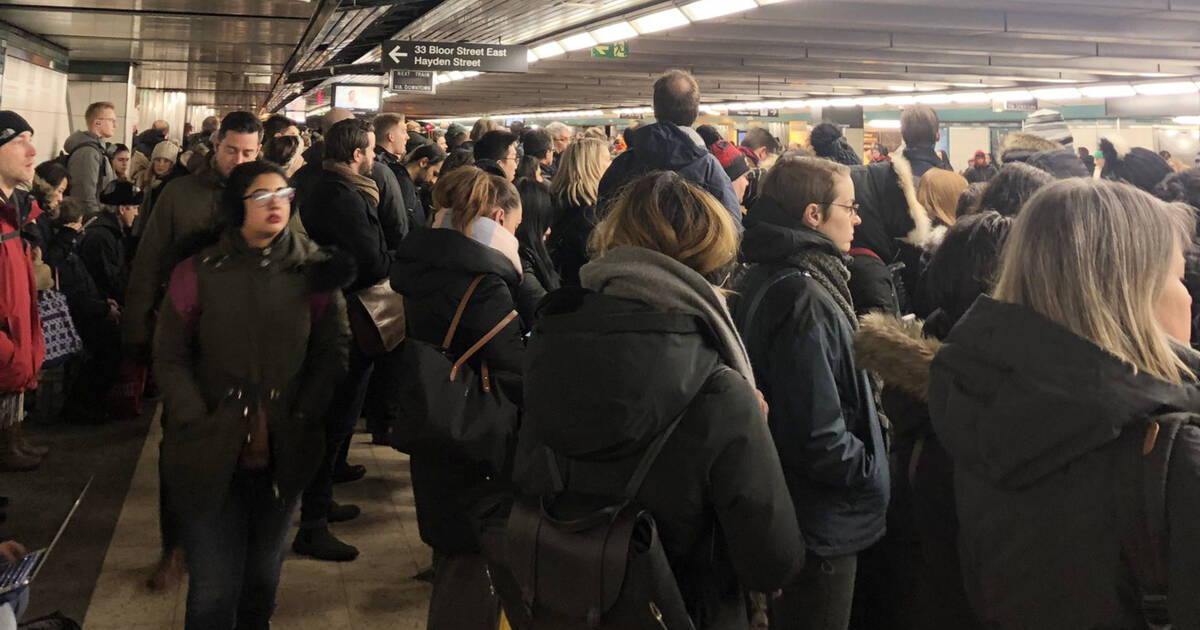 It seems that Toronto is in a period of time where "there's a subway delay" is the norm, rather than the exception.

This is in part, of course, due to a lack of funding and other administrative and political problems, but mostly it's because of the terrible, terrible weather.

Another rough commute on the #TTC this morning - Video by @jamieab131 #Toronto pic.twitter.com/v1vPAvWANA

As the city enters a deep freeze, and snowfall breaks records, commuting is more of a nightmare than usual. Vehicles are delayed, things are moving slowly, and subway platforms are getting dangerously crowded—as per usual.

And #ttc just announced the next train just left Eglinton! Walking from Finch to Bloor might be faster. pic.twitter.com/lV91j1LP6I

Signal problems continue to plague subway tunnels, causing serious delays that residually last throughout the day, including a lack of service southbound from Sheppard West.

Hi,this morning it's one signal problem at St Clair which has been causing this. It's a delicate system with 10s of thousands of ppl coming & going every minute. One problem can have a big ripple effect. We have great people doing their best out there. ^KJ

Buses have replaced streetcars on some routes, including the 501 Queen streetcar. Subways are also backed up, and seem to be M.I.A.

All in all, just another day on Toronto transit, which also will be partially closed this coming weekend to boot. At least now you can express your frustration with a shirt.

by Staff via blogTO
Posted by Arun Augustin at 7:36 AM