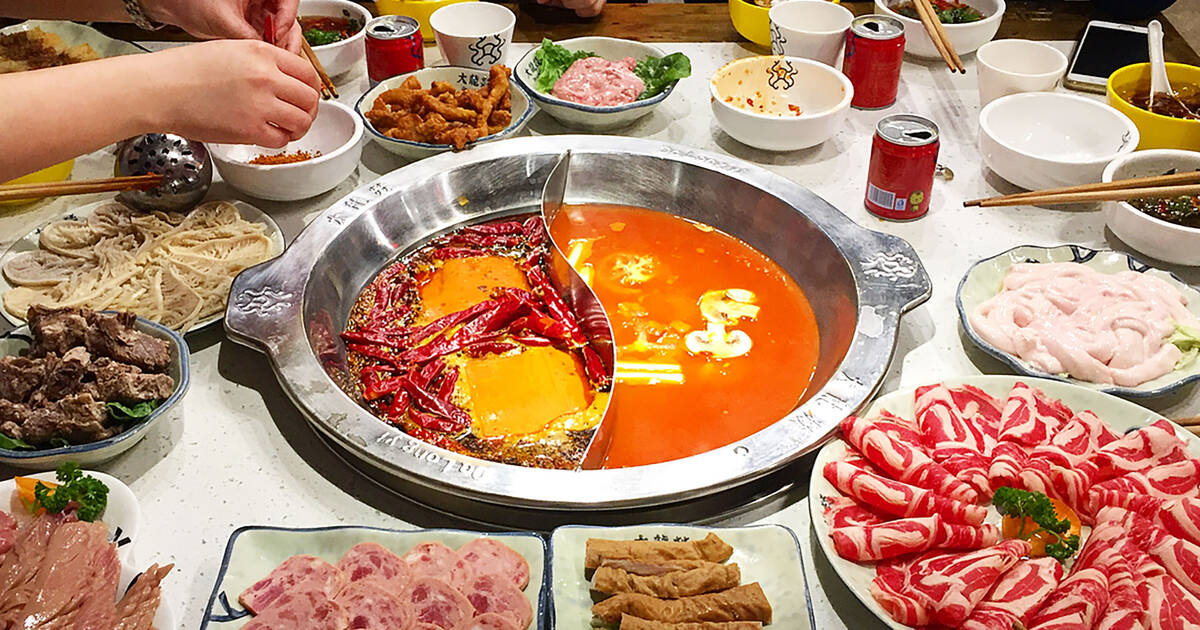 A popular hot pot chain from China specializing in simmering bowls of spicy, spicy soup is opening a restaurant in Toronto.

DaLongYi—which means big dragon in Mandarin—will be bringing its Szechuan-style hot pot to the city in March, just in time to combat peak winter blues.

The Chengdu-based chain is already a hit worldwide. It's opened over 200 franchises in China, Australia, the States, and the U.K. since launching in 2013, and they've been considered a favourite of Asian megastars like G-Dragon and Fan Bingbing.

They also have their own brand of packaged instant hot pot noodles, but it doesn't look like we'll be getting that just yet.

This upcoming location in a Richmond Hill plaza will be the first location in Canada: expect to see their cute little dragon logo popping up somewhere at 350 Highway 7 when they open later this winter.

by Tanya Mok via blogTO
Posted by Arun Augustin at 2:04 PM