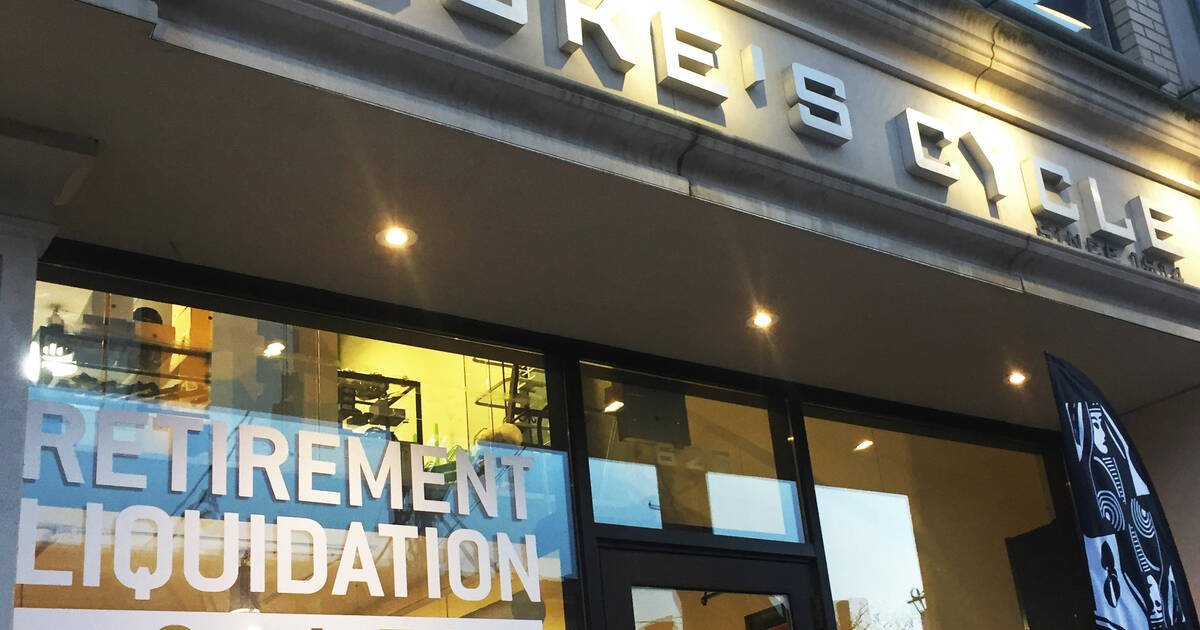 It'll be a sad day for Toronto's urban cyclist community when one of the best and oldest bike shops in town closes at the end of next month after a whopping 105 years in business.

Say goodbye to Duke's Cycle at 625 Queen Street West while you still can, because the family-run business will be gone come March 1.

"Some of you may have already heard the news through the grapevine that Gary Duke is going to retire near the end of February of this year," reads a message posted to the company's website.

"This has been an incredibly difficult decision to make for Gary, who has dedicated his life to carrying on his family’s business and legacy," it continues. "As a result, Duke's Cycle as you have come to know it, will be going through a transition."

We're compiling a Duke's Cycle archive which we'll share with you all soon.
We'd love to include your fondest and funniest Duke's memories and photos !

Please post in the comments or DM us your entries. https://t.co/YWtqrqkDXu

The message goes on to say that the entire Duke family is grateful to those who've supposed their store over the years, particularly after losing everything to a six-alarm fire in 2008 and then miraculously rising from the ashes three years later.

Fortunately for loyal customers, many of the shop's current core staff members will stay onboard to work at the same location for "another cycling retailer whose values and mission align very closely with our own."

That's all Duke's Cycle says it can reveal so far as to who or what is coming to the space, though it's of note that they're currently offloading much of their inventory.

Liquidation sales are happening from now until the end of February, if you're looking for great service and even greater prices on cycling apparel, accessories, commuter gear or high end road and mountain bikes.

by Lauren O'Neil via blogTO
Posted by Arun Augustin at 8:03 AM