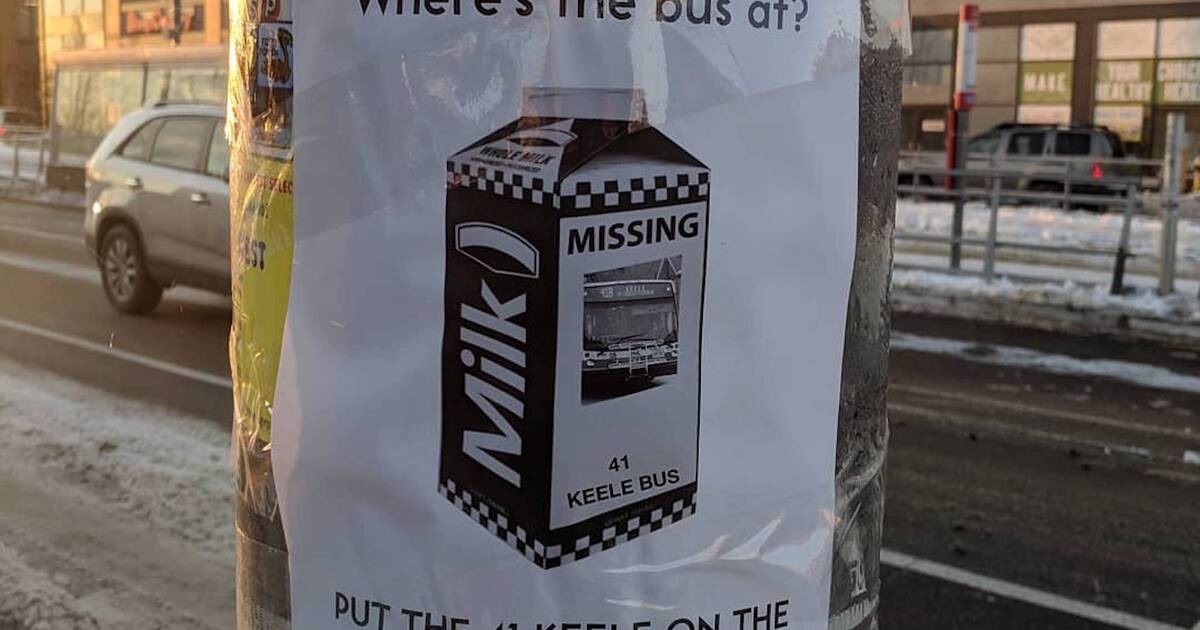 Waiting for the bus is never fun, but it’s especially terrible in subzero temperatures, and even worse when it seems like it’s never going to come.

Toronto-based organization The Socialist Project has identified one particular bus route where this is a persistent problem: the 41 Keele. They’re petitioning Mayor John Tory and Toronto City Council to make the route part of the TTC’s 10-Minute-or-Better Service Network.

According to the organization, the route services primarily “working class, racialized, and immigrant communities,” and has been hit hard by public transit being defunded so that, in their words, “the wealthy few can keep their taxes low.”

The initiative, dubbed “Action Keele,” takes a grassroots approach using techniques like flyering. A free newsletter by the same name is actively looking for content, there’s a petition on their site and they’re recruiting volunteers.

Bullet points accompanying the online petition cite the facts that the 41 is one of the city’s most overcrowded routes, services those who depend more heavily on public transit, and was passed on for improvement while similar routes 35 Jane and 29 Dufferin were included as part of the 10-Minute Network.

Even those lucky enough to live near a subway station or along a bus or streetcar route with frequent service know the sting of waiting forever for a bus that may never arrive, so whether you want to get involved in the project for your own sake or that of others, it’s easy to help out.

by Amy Carlberg via blogTO
Posted by Arun Augustin at 2:40 PM