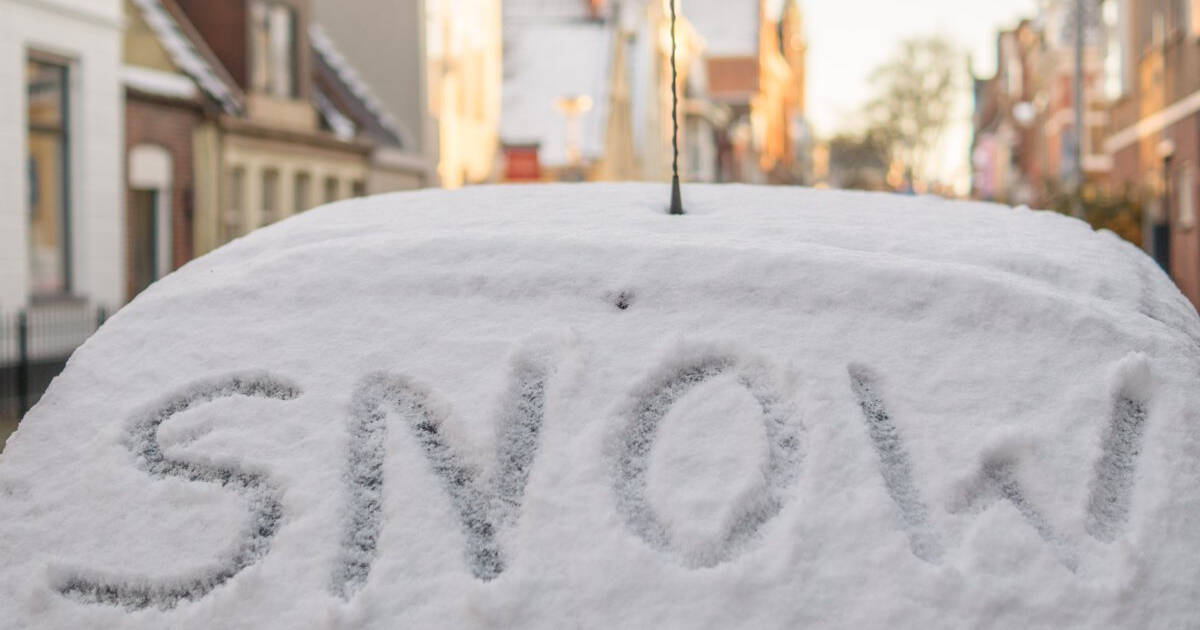 There are worse things than waking up on a frigid morning, only to find your car covered in ice and snow that you must then spend multiple minutes scraping and brushing before going to work.

Getting a ticket, crashing your car or killing someone with a chunk of ice through their windshield are some of those things.

Remember To Brush The Ice And Snow Off The Roof Of Your Car #caraccient #ice #snow #winterdriving #carcrash #toronto #blackice #dashcam #gta pic.twitter.com/mQ1ofQoQol

People in the GTA are calling out those who hit the roads without stopping to scrape after a particularly shocking video of someone hand-scraping her own windshield while driving down the 401 went viral.

A driver was spotted wiping snow from their windshield by hand on a #Toronto highway https://t.co/T6L0nebggN pic.twitter.com/Wc9JyjVrcw

"It's unacceptable and unbelievable someone would put themselves in that kind of jeopardy," said OPP Sgt. Kerry Schmidt on Thursday in response to the clip, which was uploaded to Facebook by Gavin Gerbz.

"This is a very simple task to reach up on the roof and brush that snow off," said Schmidt. "That snow could easily freeze to a single sheet of ice and if that was to happen again, it could easily fly off behind the vehicle and smash into a vehicle."

Hundreds of thousands of people who've been commenting on different versions of that video seem to agree — some of them now following in Gerbz' footsteps by shooting photos or videos of similar situations and posting them online.

Equally unacceptable (if not worse) when truck drivers do this. It was minus hell on Monday and therefore anything falling off this roof would been asteroid like. #Toronto #clearyourice pic.twitter.com/1voVnICdZt

"Got a video of a truck traveling on Highway 50 with an iceberg on top that is enough to kill somebody if it falls off," wrote local driver Allan Lee in an email to blogTO after seeing the video shot by Gerbz. "Northbound Highway 50, just north of Rutherford road."

Someone spotted a truck on a #Toronto highway with a dangerous amount of snow on its roof https://t.co/qaBOiHFwkC pic.twitter.com/Up4KJxnxqN

The snowier the Ontario city, the worse the problem seems to be.

This apparently needs to be said, CLEAR THE SNOW OFF THE ROOF OF YOUR CAR. Road conditions are dangerous enough, motorists don't need the added stress of dodging the snow shooting off your car and onto their windshields. I've seen at least a dozen cars with roof snow. #CJAD800 pic.twitter.com/RoMTI2vEbf

And even if you're not technically "Bird-Boxing," you still legally need to be able to see through your back window.

Really dude? It takes 2 seconds to clear the back of your car. pic.twitter.com/jnQUvJsgfP

Locals are tired of being put in dangerous situations despite taking the time to clear their own cars every morning.

Holy moly CLEAR OFF THE BACK OF YOUR CAR!!!! Not only is it dangerous for the driver, it’s dangerous for other drivers as all the snow blows back and into our windshields! Winter driving is hard enough. Don’t make it worse. Respect yourself & respect other drivers! 😡😡😡

It's not just illegal, after all — it can seriously hurt people.

#CityofTO please CLEAR snow off your car, windows, windshields, roofs, trunk and hood before driving. Good visibility keeps yourself and others safe. pic.twitter.com/hliCObzTG8

So get to scraping, lest you land yourself a $110 ticket, criminal charges or a spot on the front page of Reddit.