Toronto's most popular bike lanes were finally just made permanent 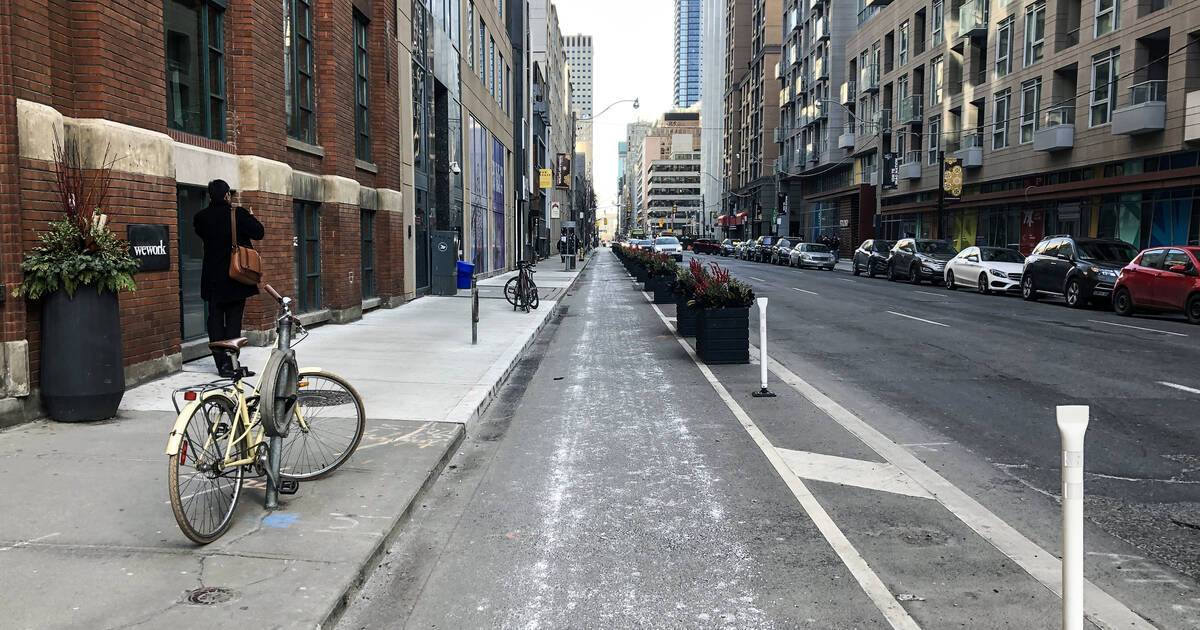 What started as a pilot project back in 2014 has become one of the most successful cycling infrastructure projects in City of Toronto history.

As of September 2018 (the most recently available data), an average of 6,160 people were found to be using the bike lanes every single day. This represents an increase of 1,095 per cent in cyclist volume over 2013.

#CityofTO Council has voted in favour of making the Richmond-Adelaide Cycle Track pilot, including cycle tracks on Peter and Simcoe, permanent #bikeTO

"The Richmond and Adelaide cycle tracks serve as a critical east-west spine in the Downtown Core, providing access by bike to the largest concentration of jobs in the City, region and the entire country..." reads a report presented at City Hall this week.

When asked about the tracks in an online survey between 2014 and 2017, 93 per cent of 10,646 respondents (most of them cyclists) either agreed or strongly agreed that the bike lanes on Richmond and Adelaide be made permanent.

A swift 22-0 vote in favour of the move on Wednesday suggests that council agrees, too.

The motion to permanently maintain cycle tracks on both Richmond and Adelaide from Parliament to Bathurst (as well as the short, connecting North-South lanes on Simcoe and Peter) passed with flying colours, albeit with one amendment.

City Council has agreed to work with local BIAs throughout the area to switch the Adelaide Street bike lane over from the right side of the road to the left.

When complete, the north side cycle track on Adelaide Street will be the first of its kind in Toronto, providing a whole new host of opportunities for local businesses and city staffers to beautify the public realm.

"The Richmond-Adelaide cycle tracks are an important investment in cycling infrastructure that provides another option for people to move about our city quickly and safely."

by Lauren O'Neil via blogTO
Posted by Arun Augustin at 8:45 AM