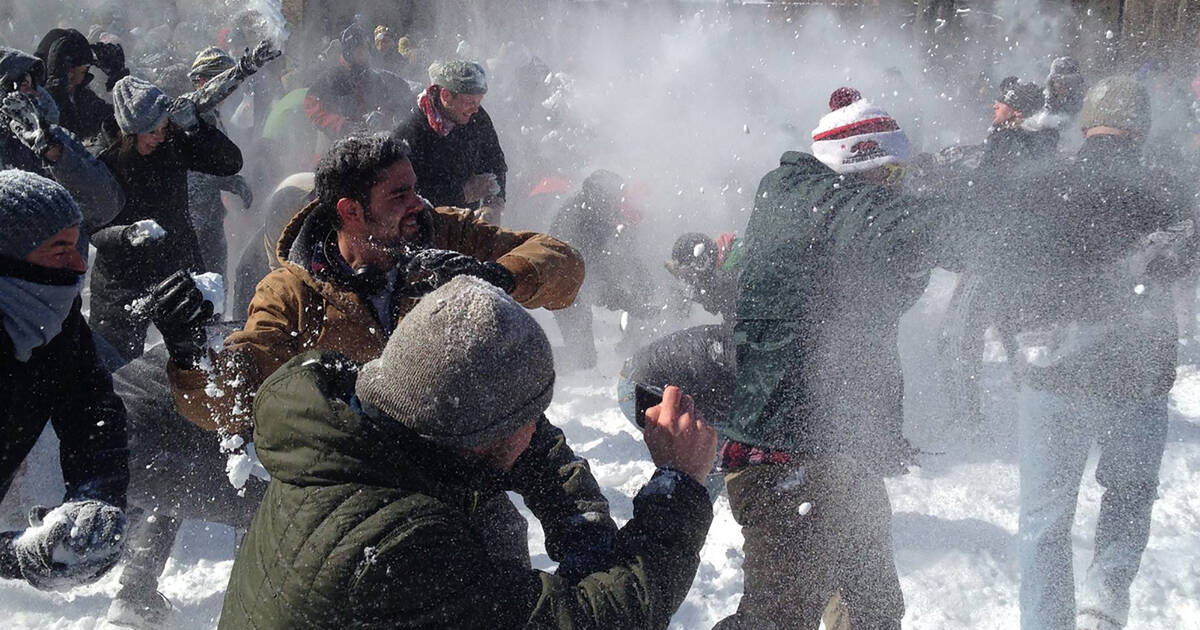 We're into post-snowstorm recovery mode and events in Toronto today look to make the best of this mess with a snowball fight! Staying in is also an option, with comedy, theatre, art and films happening as well. Dress warm and don't lose your mitts.

Snowball Fight (January 29 @ Kerr Hall Field)
Everyone is welcome to drop by, scrunch up some snow and give it a good hurl during this post-snowstorm snowball fight.
Let Freedom Sing (January 29 @ Hot Docs Ted Rogers Cinema)
This documentary shows how blues, folk, gospel and R&B all played a role in the civil rights movement, drawing strength through music.
The Up and Comers (January 29 @ Rivoli)
LGBTQ+ comedians are coming together for this comedy showcase that looks to spotlight emerging queer talent from across the city.
Parting the Roots (January 29 @ Canadian Lesbian and Gay Archives)
Focusing on the exploration of Black hair, this pop-up exhibition includes a panel discussion about its role in shaping Black history.
Videorama (January 29 @ Dundas Video)
Videorama is ready to warm you up with a collection of wacky and wild videos by local filmmakers, plus some stuff from the Internet.
Leaving Esmeralda (January 29 @ Horseshoe Tavern)
Toronto's own indie rockers Leaving Esmeralda invoke an R.E.M./Hip vibe as they mash bits of country, folk and prog rock together.
Reproduction (January 29 @ Another Story)
A hilarious, surprising and poignant love story takes place in Toronto by way of Ian William's new book that explores the bizarre ways people bond together.
Make Time For Friends (January 29 @ Comedy Bar)
Dad Rock Comedy is back and ready to dish out the parental advice, stories, triumphs and failures that encompasses bein' a dad.
SKOW (January 29 - February 1 @ Citadel: Ross Centre for Dance)
Standing for 'some kinds of wonder', this new dance project looks to evoke inspiration and curiosity by way of movement and energy.
The Tashme Project: The Living Archives (January 29 - February 10 @ Factory Theatre)
The story of those held prisoner in Japanese interment camps is not lost as this production recounts the tales of confinement they faced.